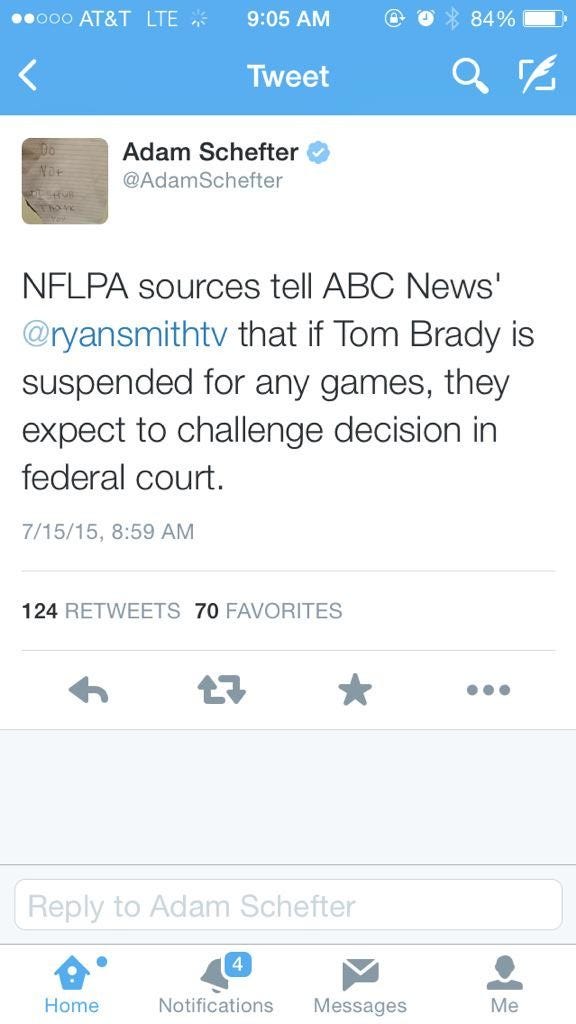 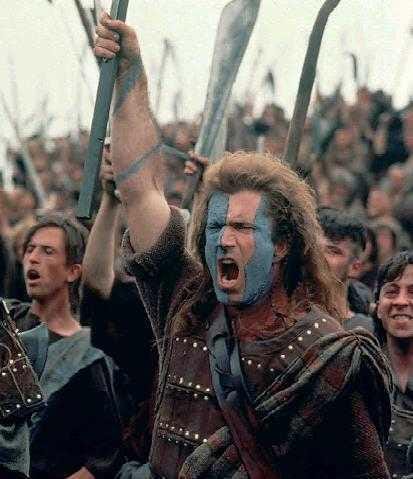 I’m not sure if this is really new news, I think it’s something we’ve all expected. It’s even something that Schefter had previously said was possibly made clear in Jeff Kesler’s opening statements at the appeal. But it’s nice to see it in writing. “You fuck us, we’re coming for you. No more defending the wall, no more playing nice. Now we attack. Reduce it to zero or we come to your town, rape, pillage, and fucking kill everyone.”

Also it seems that the hot Twitter rumor is that the Brady decision is coming today. I wouldn’t count on it. The NFL tries to bury shit like this, because there’s no winning for them. There’s no outcome here where anyone says “Whoa, nice job by the commish.” Everyone is going to be mad at them for either fucking it up in the first place or continuing to fuck it up. So I’m expecting them to stick with their MO of releasing everything at 4:30 on a Friday then unplugging the phones, running out the door, and leaving their problems at the office. I don’t see why you’d change that now. And for anyone saying they want to own the day and there are no sports on today, the NFL doesn’t need no sports to own a day. Whenever they want the spotlight, they take it. Goodell could announce that Trisha from accounting microwaved fish in the break room and it would get wall to wall sports talk coverage.