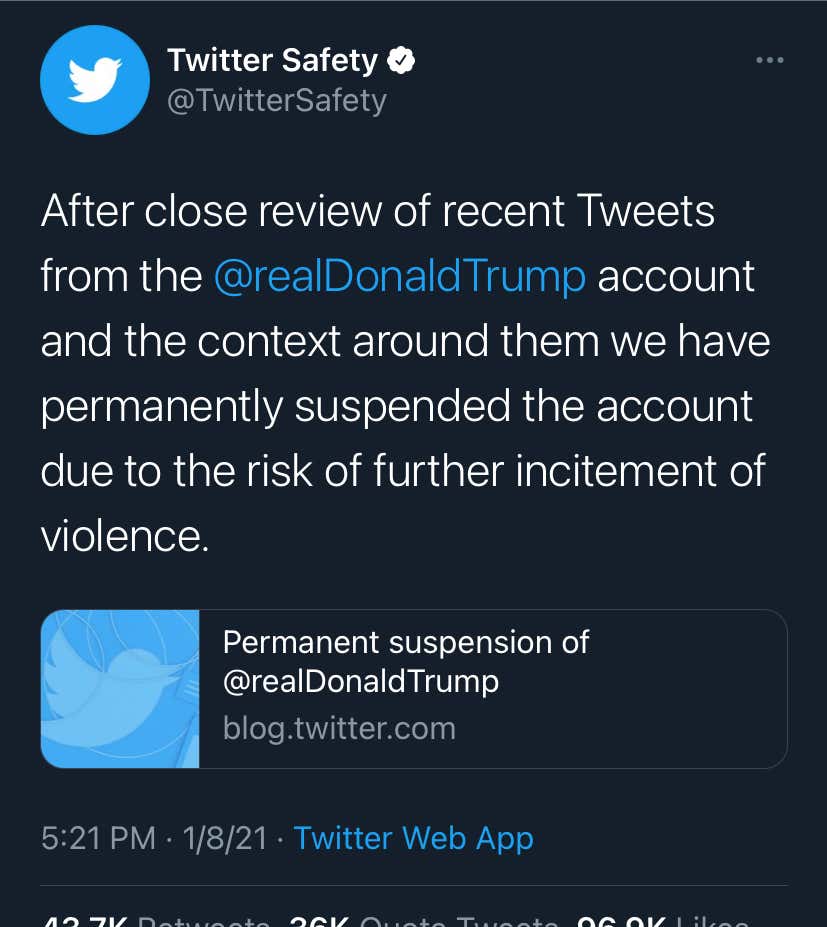 In a news dump to end all Friday news dump, twitter has suspended the president of the United States marking the first time a sitting President has been banned from the social media app since President Johnson repeatedly sent out dick pics with only the words “you like what you see.” Johnson did this several times in his final months in office despite the fact that the joke stopped being funny after the 4th time.

Even though the President has been suspended, twitter still refuses to take action on the biggest nerd on twitter despite the fact that he can’t pour a beer well into his 50s.

4 years later and this tweet is still up. It just goes to show the biases never stop. It’s a sad day in America once again.