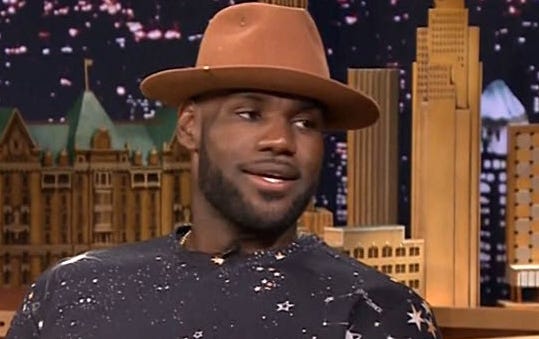 This is like when you see a guy riding in a convertible with a baseball hat on, or when a guy talks about his “surfer hair” and how awesome his “flow” is all the time even though he has a huge round hole on the top of his head. Who do you think you’re fooling here Bron? I’ll just throw on a big goofy hat and hope America forgets I’m bald? Come on, get real. It’s literally all I think about. Yeah Lebron may beat the Bulls every single year in the playoffs, yeah Gar and Pax are basically trotting out the same team next year and hoping things will somehow be different, yeah I’ll probably believe they can beat the Cavs only to get my heart torn out of my chest, but at the end of the day Lebron is bald and I’m not and that feels good. He’s also 2-4 in the NBA Finals and I’ve never lost one, so how you like me now, fuckboy?

Oh and if you don’t think I’m going to go and hate watch this new Amy Schumer/Lebron movie then you don’t know me very well. Extra Large Popcorn, Twizzlers, Diet Coke (trying to watch my figure). 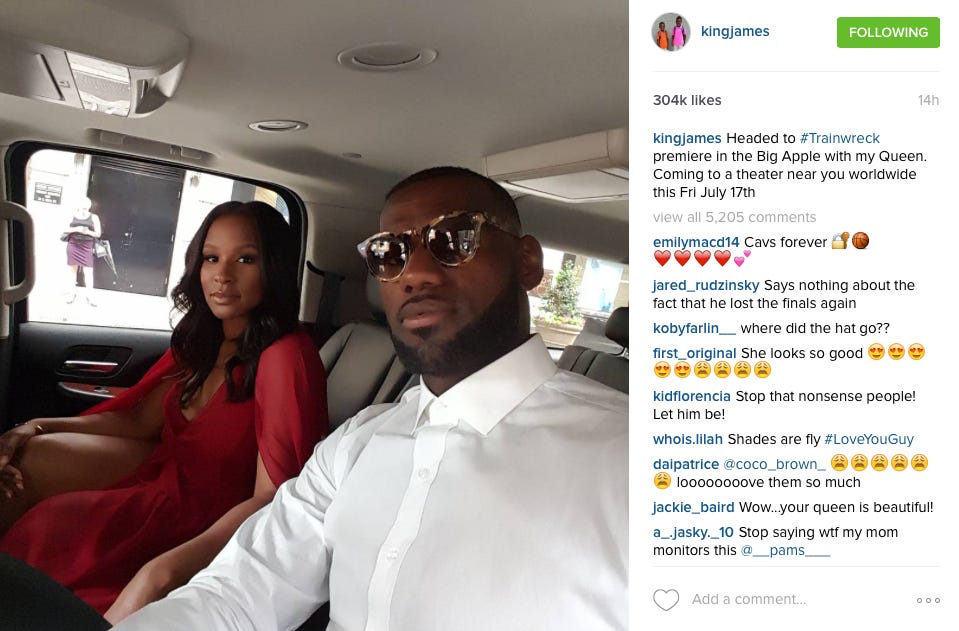 “No Caption Needed #trainwreck” is by definition a caption Bron, then again, you never went to College. 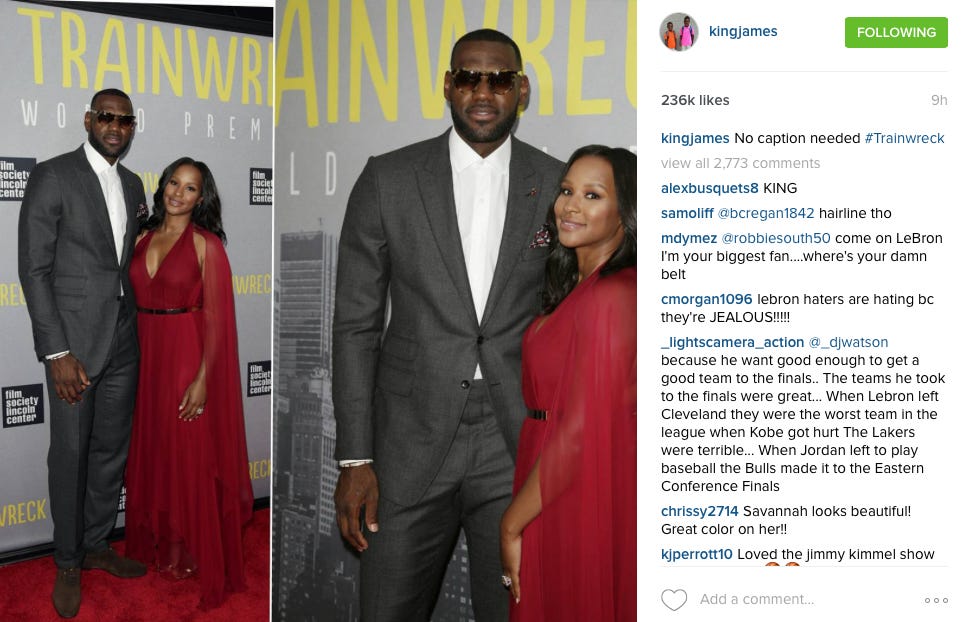