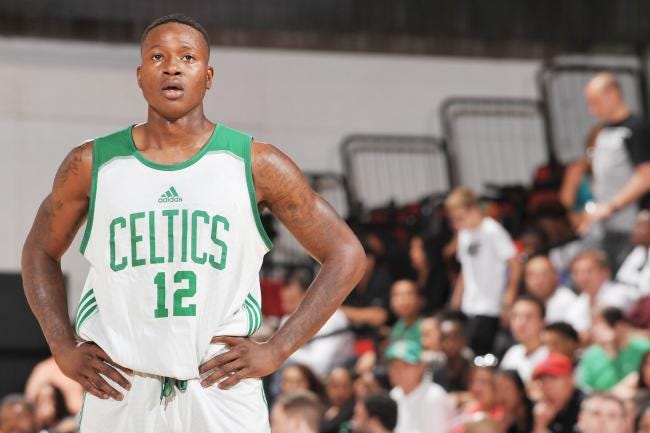 Summer League Championship that is. After last night’s 32(!!!) point 101-69 win the Celtics now have a first round bye and a day off leading into the Vegas Summer League tournament. It seems that after each one of these games in Vegas, we are saying “the Celtics played their best game of the summer” and this one would be no different. Scoring 101 points in a 40 min game is hard for my simple brain to even comprehend. And yes, to the salty haters out there I understand it’s “just” summer league and it “doesn’t matter” but I am going to have to ask you to remove the large dump from your pants and fucking enjoy this for a second.

So many places to start, but let’s begin with Jonathan Holmes. Right from the tip he (along with Marcus Thornton) came to play. There is just so much to like about Holmes’ game, and the way he has played this summer has shown he belongs on an NBA roster. Unfortunately, when you look at who the Celtics currently have at his position (Jerebko, Crowder, Young, Hunter, and Jones for now), I can’t imagine there is a spot for him unless there are some trades. Even with all of our guards, getting rid of Pressey/Thornton still wouldn’t help. But since the Celts landed in Vegas, Holmes has been one of their most consistent players averaging 15/7. I pray somehow we are able to stash him in Maine, but I’d say chances of that are slim to none.

Other than Holmes, none of the starters really played that well, which is why this score is so surprising. Marcus Smart was clearly hungover, that Vegas life definitely got to him, and while Rozier was solid defensively, he didn’t really shoot the ball that well either. The bench however, had its finest outing. RJ Hunter is finally starting to shoot the ball better, which gave this Celtics blogger a sigh of relief. You can never read too much into these games (yeah right!) but the way he was missing wide open jumpers in Utah had me a bit concerned. In Vegas, not only has he shot the ball better, but his defense has also stood out. He may not be able to guard any actually NBA players at this moment, but the fact that there are early signs are encouraging.

Really the team has a whole has played great defense in Vegas, and credit our ‘head coach’ Micah Shrewsberry. No idea who the hell he is, but whatever he is selling I am buying it. If you take a look at the box score you’ll see this dude Greg Whittington had a +/- of -37. How is that even possible??

All around there is nothing not to love about our time in Vegas so far, and I see no reason why we wouldn’t be the favorite heading into their quest for the Summer League title.

Quick shout out to stoolie @zeoli100 who has been hookin it up with some definitely shady but effective links to Celts summer league games for those who can’t watch it on TV. Granted last night not only was it on CSNNE (whoops) and also streaming on their website, but the point remains. He is doing God’s work, and for that I thank you.