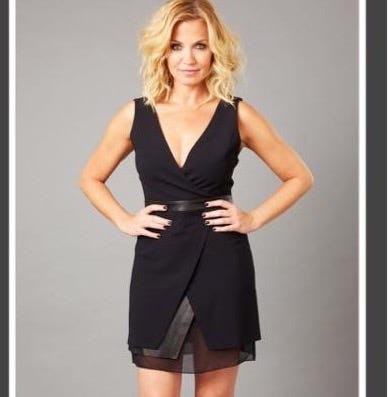 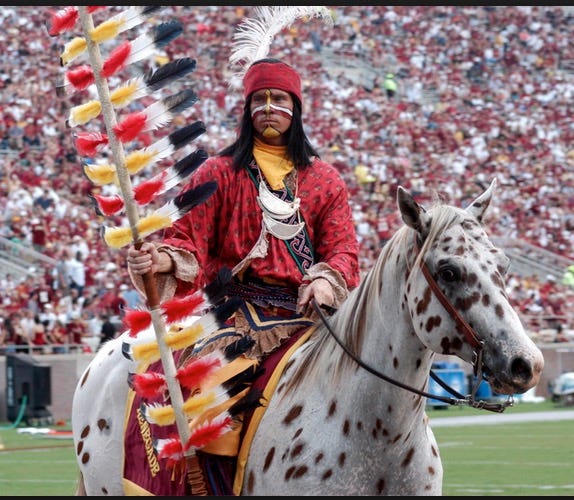 Introducing…the maddest guy on the internet. 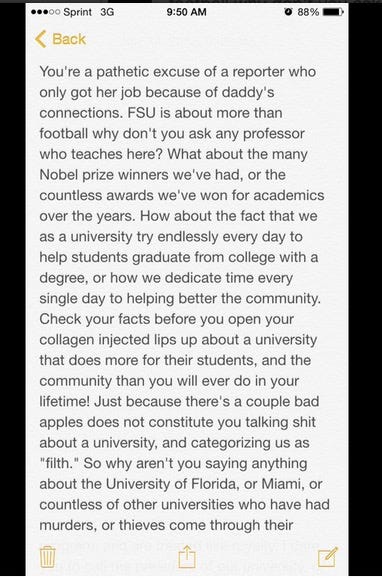 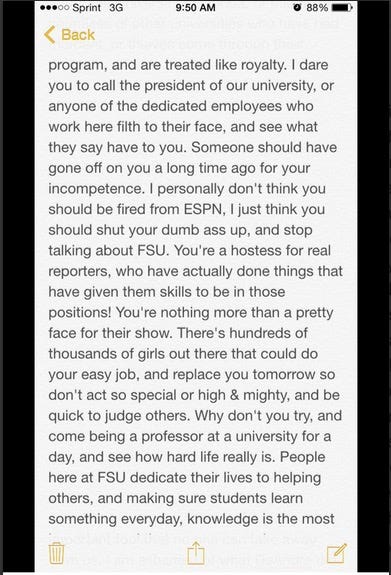 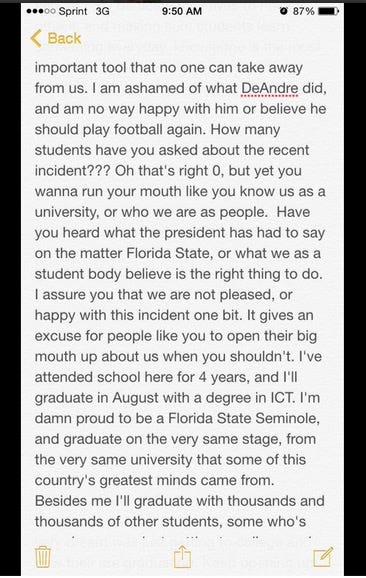 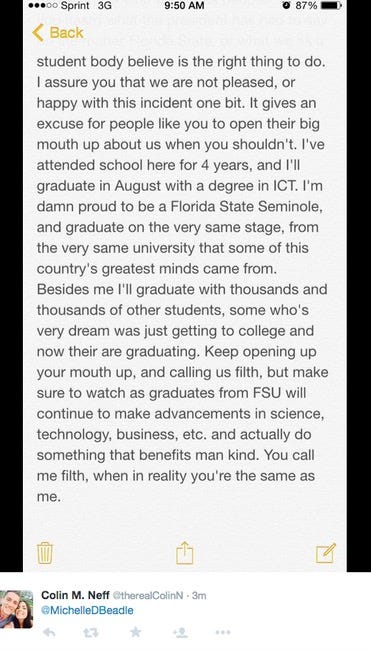 Tell ‘em why you mad bro!

Trying to think about the maddest I’ve ever been at the internet. Probably the fake Rolling Stone UVA story? Think I fired out 3 strongly worded paragraphs about that one. If I ever added 1,000 words, typed it out with my fingers in my Notes app, then publicly tweeted it directly at the author I’d probably just shoot myself in the head instead.

Not to say Beadle is innocent in all of this. If you remember the tweet that kicked the whole thing off…

One she has not only refused to apologize for, but keeps ramping it up every time an FSU situation comes up. 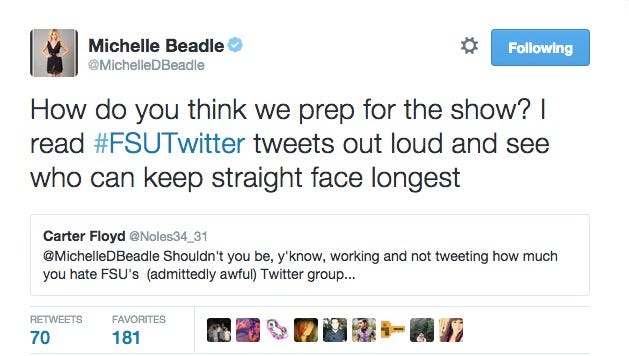 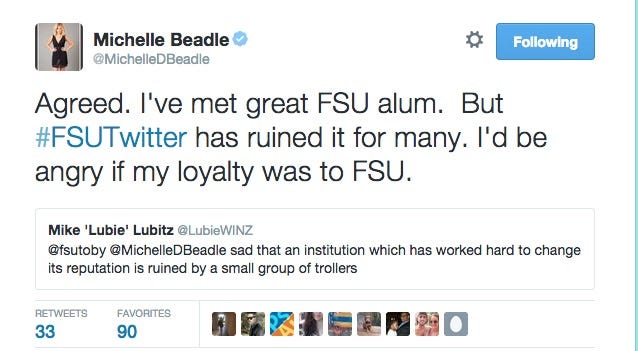 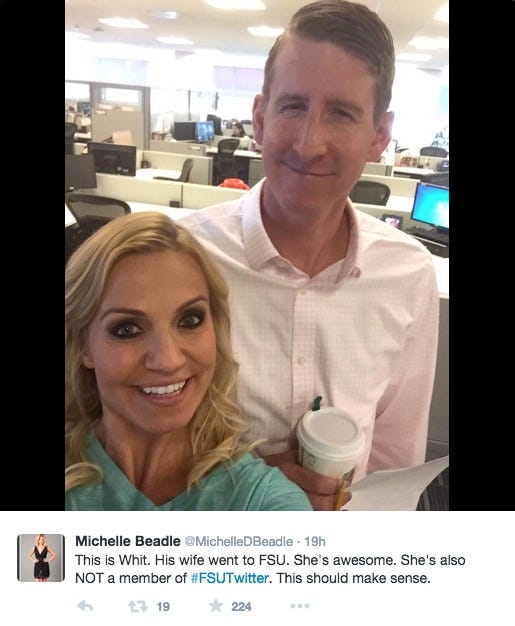 Listen FSU Twitter defending the recent woman beating allegations, especially the De’Andre Johnson one that had freaking video with it, has been gross. And I definitely get that being an opinionated female on Twitter has got to come along with some of the most graphic, digusting, infuriating responses and DMs ever – especially when the stance you’ve taken so hard goes head on against the misogynists that live for internet trolling. But categorizing an ENTIRE student body of a college as “filth” because of a collection of Twitter trolls is pretty much the definition of unfair. Pretty much every fan base for major college sports teams has assholes as part of their Twitter contingent – Kentucky, Alabama, Miami, Florida, on and on and on. Saying that someone with “FSU ’15” anywhere in their bio is trash because a guy with 4 followers and an Osceola avatar called you a cunt is a little extreme.

Ruling: One week Twitter timeout for both parties. (I have no way to enforce this, just wanted to put it out there for the record) 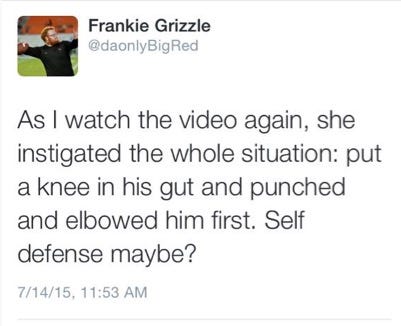