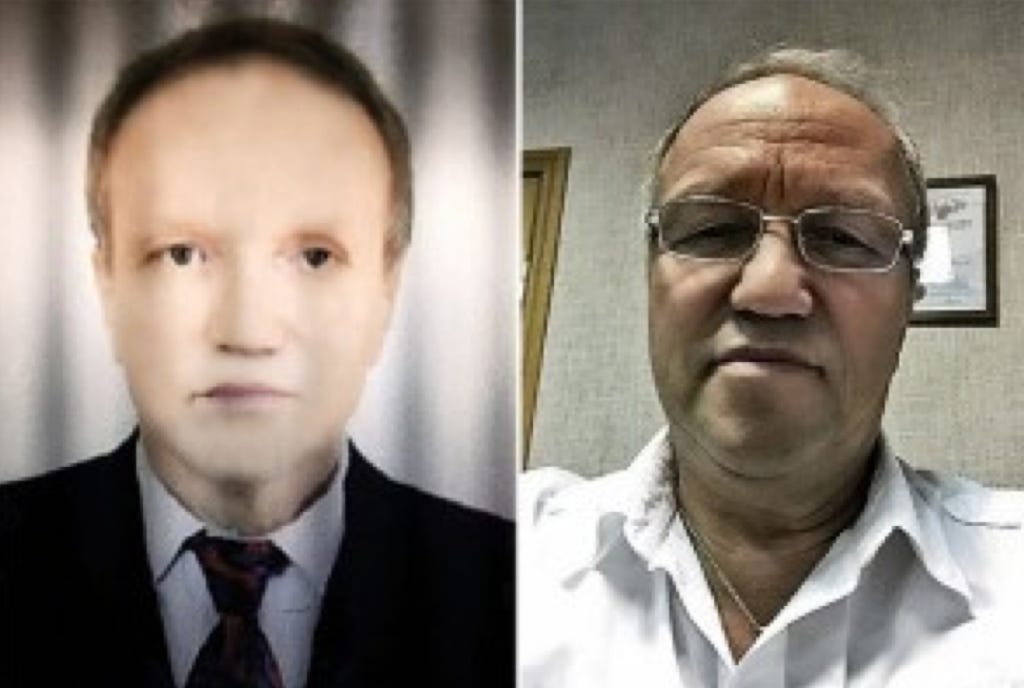 (Source) — A white man who was given a new liver from an African-American donor has claimed that his skin is starting to turn black since the operation. Semen Gendler was in urgent need of a liver after he was diagnosed with hepatitis C and cancer. The 65-year-old inventor was told by doctors his only hope was a liver transplant. After speaking with contacts in the United States, he arranged to fly there from his home in Krasnodar in the Krasnodar Krai, south-western Russia, to have the operation. No details have been given about the circumstances under which a Russian was eligible for a transplant in the United States, where there is reportedly a shortage of donors. However, an insider said it could be possible if he had a home the US, and there were options of having a partial liver transplant from a living donor or accepting a non-ideal liver which would make a transplant easier to obtain. Mr Gendler said: “Russian doctors made it quite clear to me that if I didn’t have a liver transplant I would not live. “I do a lot of business in the US with partners in New York, and I asked them to help me arrange for the operation where if you have enough money it is possible to do it more quickly than in Russia.

So I guess when a Russian gets a black market liver from the United States it’s not of the best quality? I’ve been going back on this one for a while and, frankly, I’m still not totally sure how I feel about it. On the one hand, it’s the worst luck in history. Because being white is better than being black. That’s not a racist comment, I’m not saying white power or anything like that. I’m just saying that as a white person I’ve had it pretty good in life. I don’t get shot by police hardly ever, I don’t get pulled over for nothing, white people aren’t scared of me, I don’t get followed around stores because people think I’m stealing shit. I’m pretty much left to do my own thing wherever I am. That’s better than the alternative, not debatable. Having life-saving surgery only to find out it turned you black is like having life surgery then waking up to realize they had to amputate your arms and legs. You’re like “Thanks buttttttttt…. kinda no thanks. I don’t want to learn how to live life an entirely different way.”

But on the other hand? Maybe nice to go black for a bit. Wake up every morning like Tim Allen in the Santa Claus and discover all kinds of new shit you can do? Like one morning you wake up with a huge dick, next morning you can dance, day after that you can dunk a basketball. That’s not a bad little vacation from being the boring white dude. Just hope there’s an antidote for every time you get pulled over or need to go into a convenience store.