Where were you for the Austin Rivers Game? Probably in your house mentally exhausted from a fucked up day. But goddamn that was fun to watch.  Not only because seeing a player on your team get hot is exciting but because we got proof that Austin sending himself to the doghouse a couple of days ago because #BallIsLife paid off!

It turns out having a good coach is an important thing for an NBA team. How crazy is that? Tom Thibodeau may not have been a great President of Basketball Operations for the T'Wolves but he sure as shit can coach up his players. We have Julius Randle flirting with triple doubles every night, RJ Barrett clearly taking the next step to becoming a stud, Immanuel Quickley being the most beloved Knicks point guard since Jeremy Lin dropped from basketball heaven almost a decade ago, Mitchell Robinson is able to play more than 15 minutes without fouling out, and Theo Pinson putting on a clinic on cheerleading from the bench that not even the Laker Girls could match.

Even guys that some Knicks fans gave up on have improved this year. Kevin Knox is starting to resemble an actual NBA player (which I have no problem waiting for since I think he is still going through puberty) and Elfrid Payton, who was pretty much the antichrist to Knicks Twitter at different points over the last year, has games where he is my favorite elf not played by Liv Tyler.

Shit, I got a little loose with the blog there since these Knicks have me feeling all hot and bothered. I apologize

The craziest thing about all this is we don't even have Obi Toppin healthy. If NBA Twitter thought Knicks fans have been losing their minds over a couple of games, just wait until Obi gets back and we anoint hime Healthy Amare Stoudemire 2.0 the first time he dunks from the 3 point line.

I am fully aware that things can go south quickly because this is still the Knicks we are talking about and Thibs has a habit of playing his stars into the ground, with RJ Barrett and Jullius Randle being 1-2 in the entire NBA in minutes. But after dealing with absolute bullshit for most of the last 20 years, I am going to get comically excited about a 5-3 start that places us at the 5 seed in the East despite having a negative point differential and quotes like this.

You guys want a Tommy Stat to make you feel good as I finish this blog off? Good, me too!

Sidenote: I cut the cord a few months ago and the only channel I don't get on my streaming service is MSG GO because James Dolan has kept MSG off of pretty much every streamer likely because he is an asshole that owns a cable company. Anyway, I've been forced to watch these games on my laptop using my parents' FIOS login the last few weeks, so I have no choice but to give myself a little bit of credit for this hot start

NOW PUT IN YOUR AIRPODS AND HIT THE MOTHERFUCKING MUSIC!!! 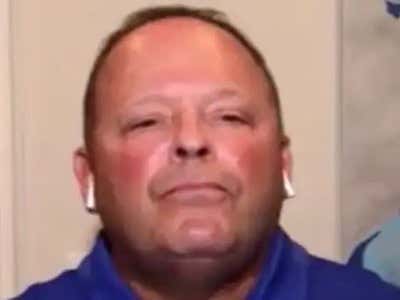