YouTube – [The d]river of the car apparently broke his ankle when he went to the ground, which is why I’m told he did not go to jail. He has multiple charges against him including endangerment, threatening, and assault. Myself and the police officers I spoke with clearly believe he was under the influence of something. Court date pending.

I’m going to be honest: It’s really hard for me to take a motorcyclist or cyclist’s side in any of these road rage videos because we’ve all seen how obnoxious they are on the road and online, like how they always bitch and insist on calling people in cars “Cagers”. But even as I heard that motorcyclist’s almost-crying plea of “Don’t you fucking touch her” and wanted to laugh, I have to say that perhaps the driver in the situation may be the rare exception who’s way worse than the guy on the bike. You can’t come out throwing hands and shoving chicks and then get effortlessly taken to the ground and pinned down like that. Just can’t. Maybe I expect too much from my road raging psychopaths but I expect them to 1) Be completely insane and angry over even the most minor insults on the road and 2) Be able to both throw and take a punch better than a middle school girl. If you can’t live up to that simple code, I simply can’t defend you.

In fairness to the driver, we also can’t rule out he was off his game because the motorcycle dude took his Precious off-camera at some point: 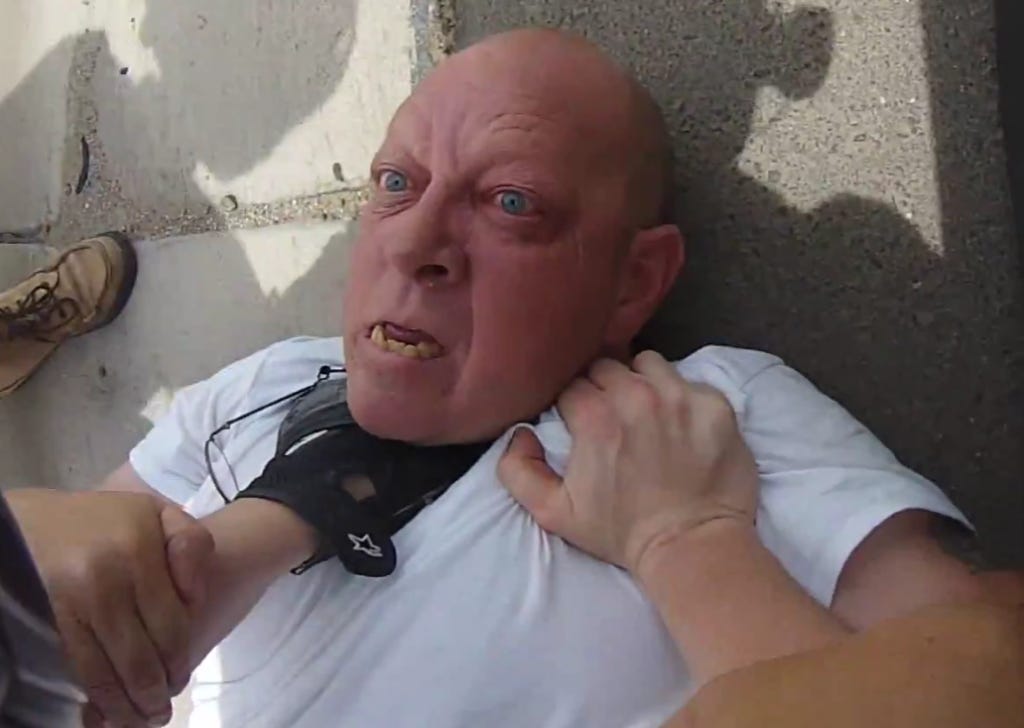