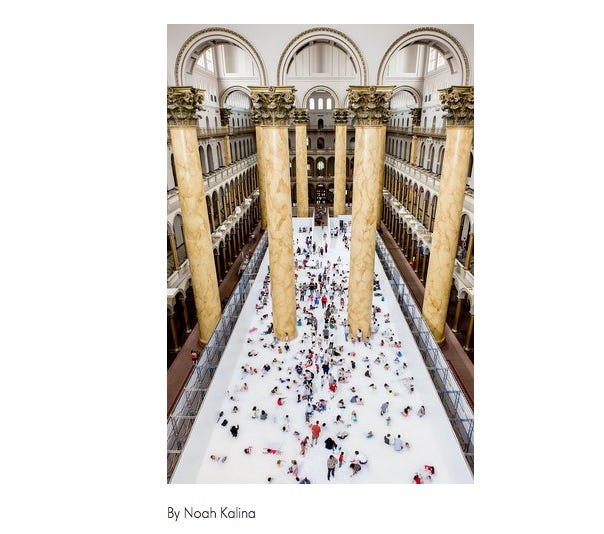 Vanity Fair - Last weekend, the National Building Museum in Washington, D.C., opened a 10,000 square-foot ball pit to the general public, and everyone cheered that, finally, someone made their childhood dreams come true. The installation, called “The Beach,” is literally two massive, gallery-white pools, built by Brooklyn design firm Snarkitecture, filled with plastic balls that fully grown adults can actually play in. It is reportedly very large and very fun, and is accompanied by a few dozen beach chairs.  The installation will remain open until September 7, after which it will be dismantled and its visitors once again forced to confront the chill of adulthood. In the meantime, the ball pit’s child-like whimsy and nostalgia-inducing fun time is projected to considerably improve Washington, D.C.’s negative, cynical image. 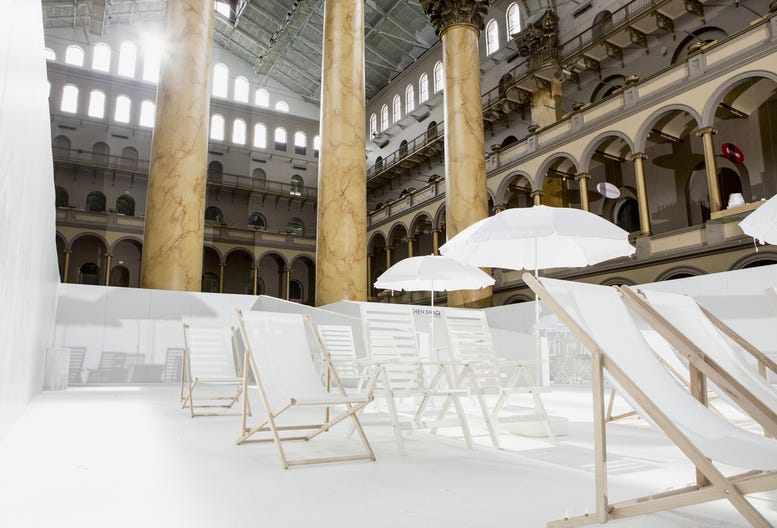 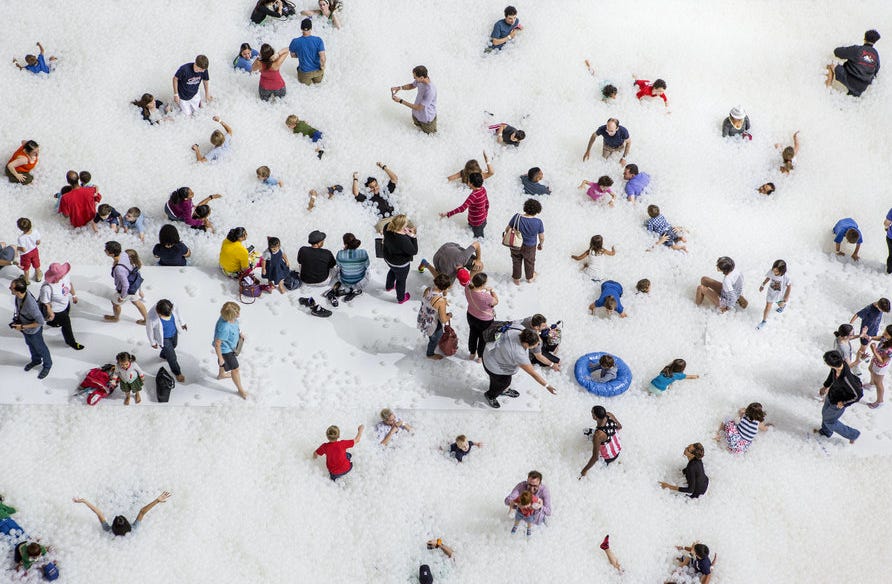 I can’t even sit here and be cynical about this. Yea it’s pretty gross, all these people up in a ball pit rolling around getting their germs all over each other, but whatever. Ball pits were fucking AWESOME back in the day. When a random McDonalds on a road trip had a ball pit and a slide, that made sitting in the car fighting the glare on your GameBoy all worth it. Mile after mile just sitting in that uncomfortable minivan then stumbling upon chicken nuggets and a ball pit, that’s what life was all about. Sure in retrospect I want to slap my mother for letting me touch my food after swimming around in the closest thing to AIDS there is, but at the time, it was Heaven. So I can’t be cynical about DC opening a 10,000 square foot ball pit for adults, and naming it “The Beach”. That’s just a great idea. No sharks to bite you, only the odd needle I’d imagine, but you see those at every beach. And you don’t have to bring sunscreen, which is a huge plus. If you’re a male and bring sunscreen to the beach you might want to get checked because you are also a unicorn. I have never seen a guy whip out sunscreen at the beach. It just appears out of thin air in girls’ hands. But at the DC beach, none is required. It’s basically a perfect beach besides no babes asses to stare at and way too many kids. More asses, zero kids, and DC will have done it right.