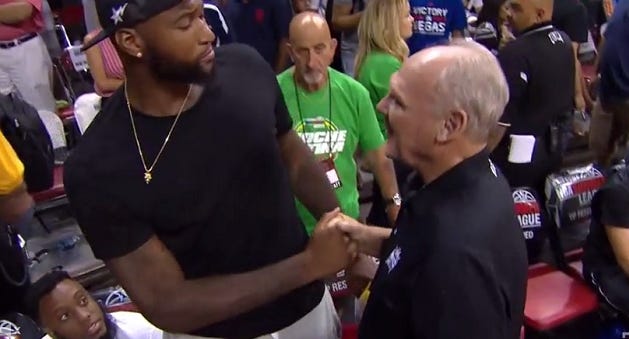 Well that was pretty awkward. The Coach who openly hates your guts and has been trying to trade you for the past 3 months comes over to say hello to you after you called him a snake in the grass on twitter.

And it’s time to get the FUCK out of there. That was Boogie Cousins being like I know I technically have to shake your hand but after that I’m fucking gone. Not gone to the bathroom, gone to my car and getting the fuck out of this city. Like a 3 year old refusing to give you eye contact. I’m sure these guys will be able to work together, like George Karl said, you don’t have to rush through these things.

Sometimes your star player recoils in horror at the site of your face and would rather be literally anywhere on planet earth than where he is at that exact moment. We can build on it right? 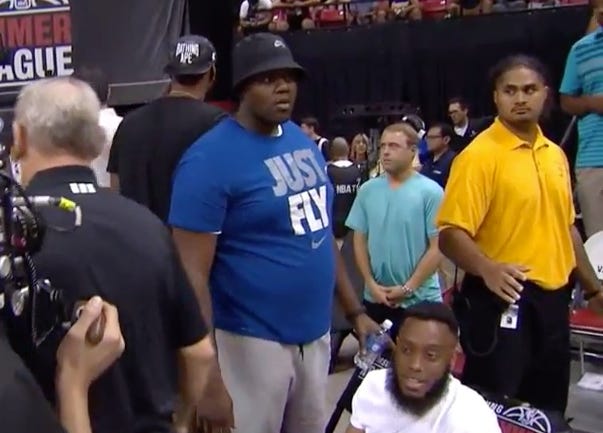