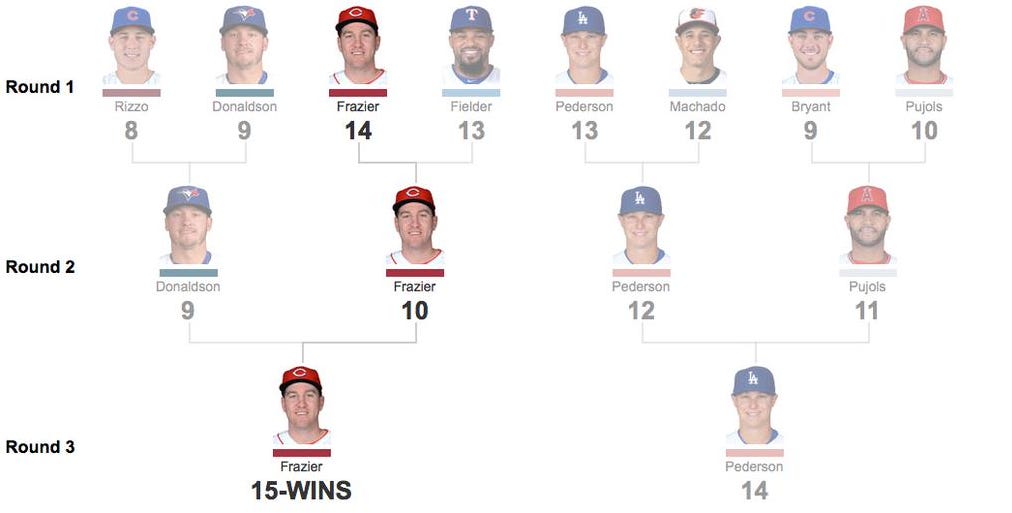 As I said last night the Home Run Derby is silly and stupid but guess what? It’s Mid-July and it’s the only act in town so we all watch it from start to finish so let’s do a quick Winners/Losers.

I hated the new format for the first 5 minutes and then quickly realized I was very very wrong (I know shocker). New format is great, very few if any pitches are taken, the pace is faster, and everything is better with a running clock. Oh and it also allowed us to see buzzer beater home runs, even if they were blatantly illegal and screwed the Cubs. 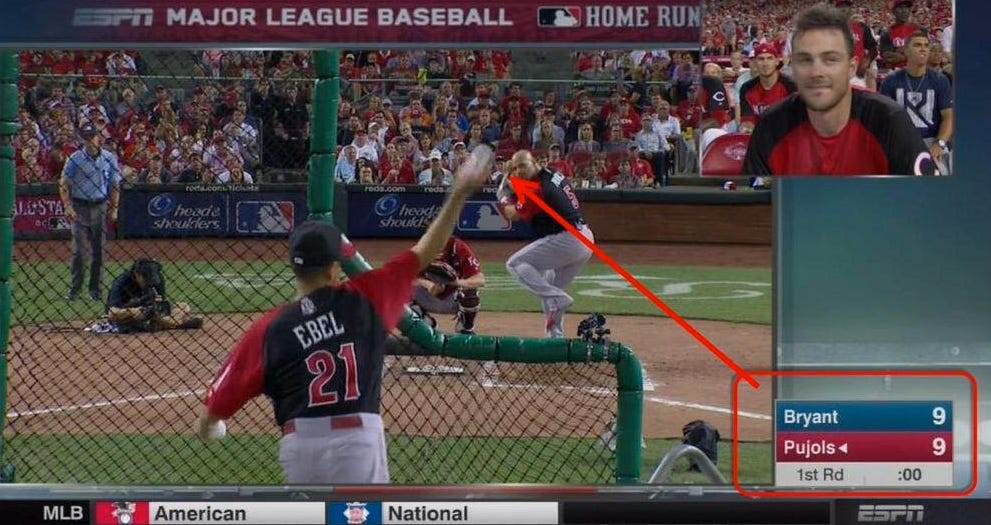 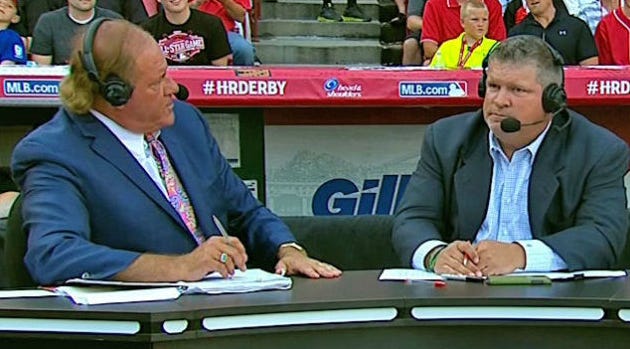 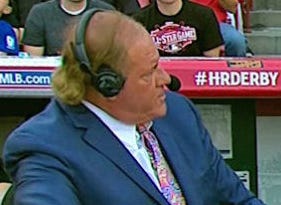 I have looked at this picture for a while now and I still don’t know what’s going on. He has 4 different hair styles on one head. He’s bald way up front, he’s got a combover on top and both of those are brown, and then he’s got the sandy blonde wings in back. Did he think that dye job worked? Did he accidentally sleep with the back of his head in a bucket of hair dye and everyone on set was too scared to say something? Outrageous. Fuck those new pictures of Pluto, I want more pictures of Berman’s hair.

Loser – Rizzo having to go first

Rizzo had no shot, this was a nice home run but he had no shot. The first minute he went wayyy too fast because it was all new and hit zero home runs. Once that happened it was curtains. Sucked but someone has to be the most courageous man in all of sports, guess that’s just the cross Rizzo bears 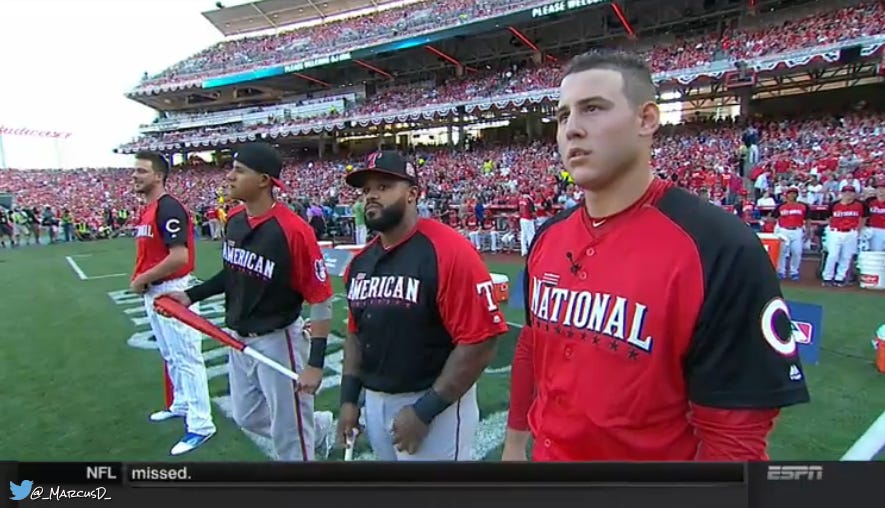 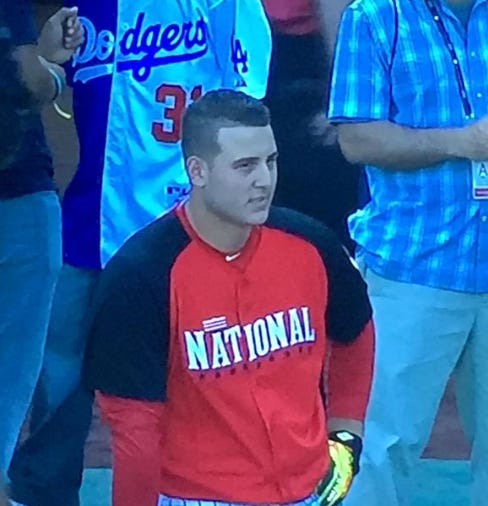 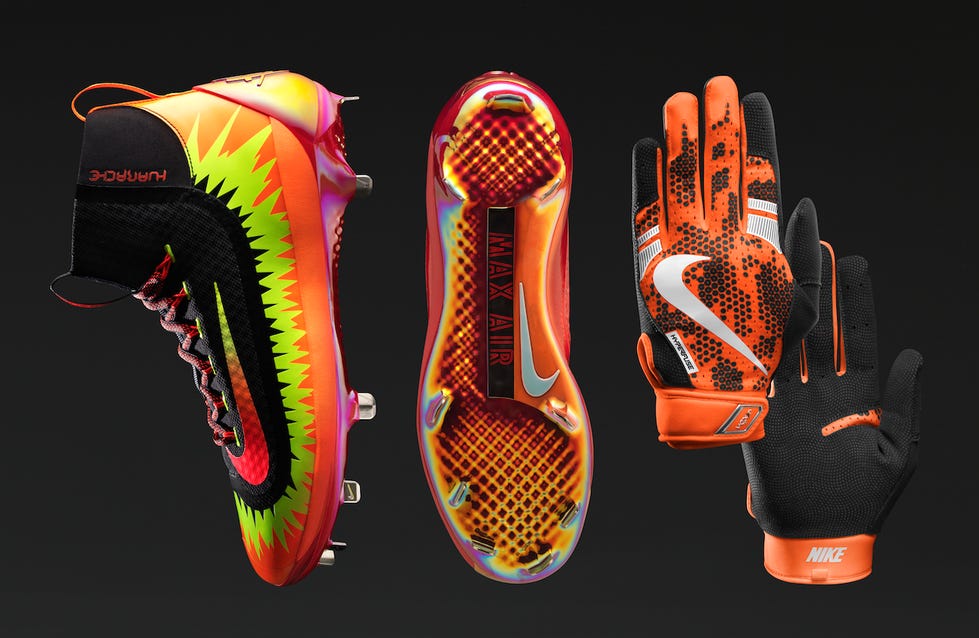 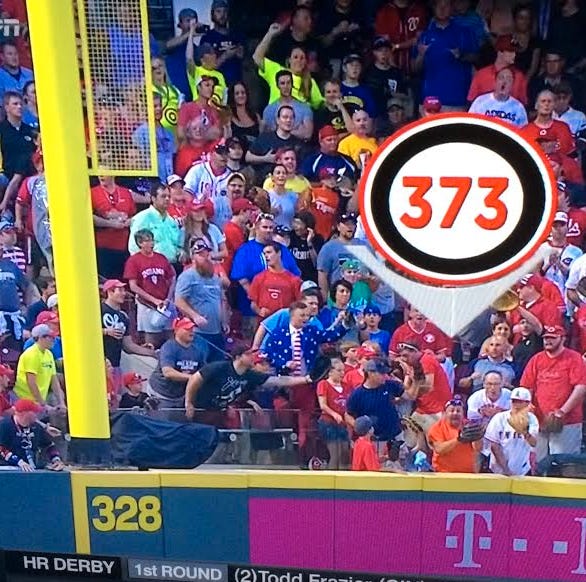 Loser – Being the old guy in the band who has to dye his hair blue to try to look young and hip. 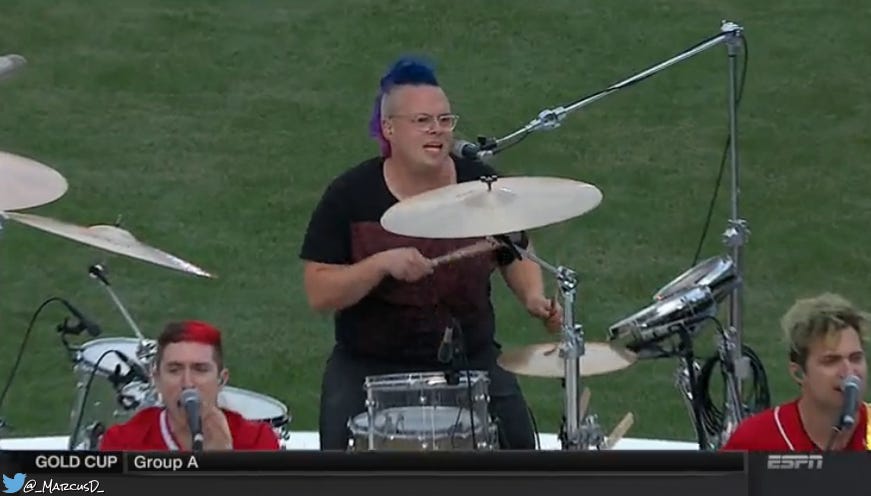 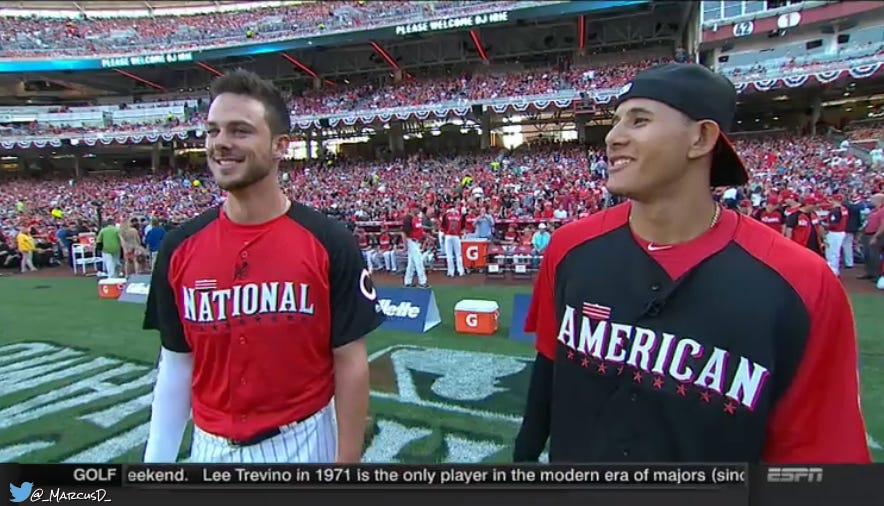 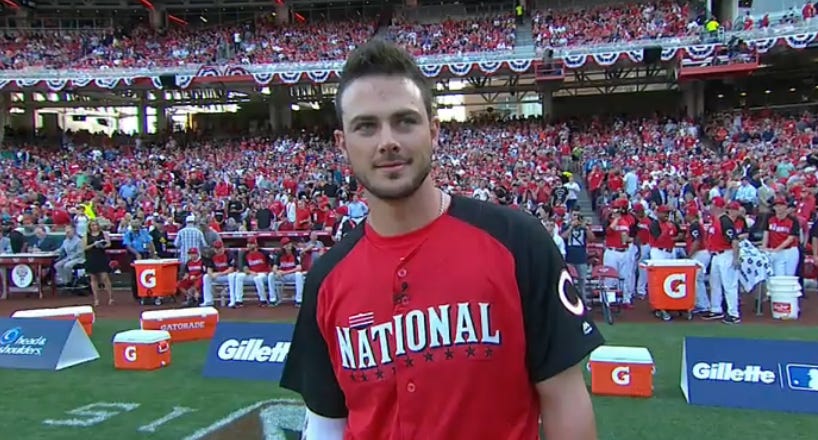 This was actually more Kris Bryant’s Dad. AWFUL Home Run Derby pitcher. Everything was inside trying to saw his hands off. Looked like Mo Rivera throwing the cutter out there. I’m not saying KB would have won if he had a legit pitcher and the Umps didn’t fuck him with the illegal last Pujols home run but yeah, that’s exactly what I’m saying.

Also, he never had a real chance. 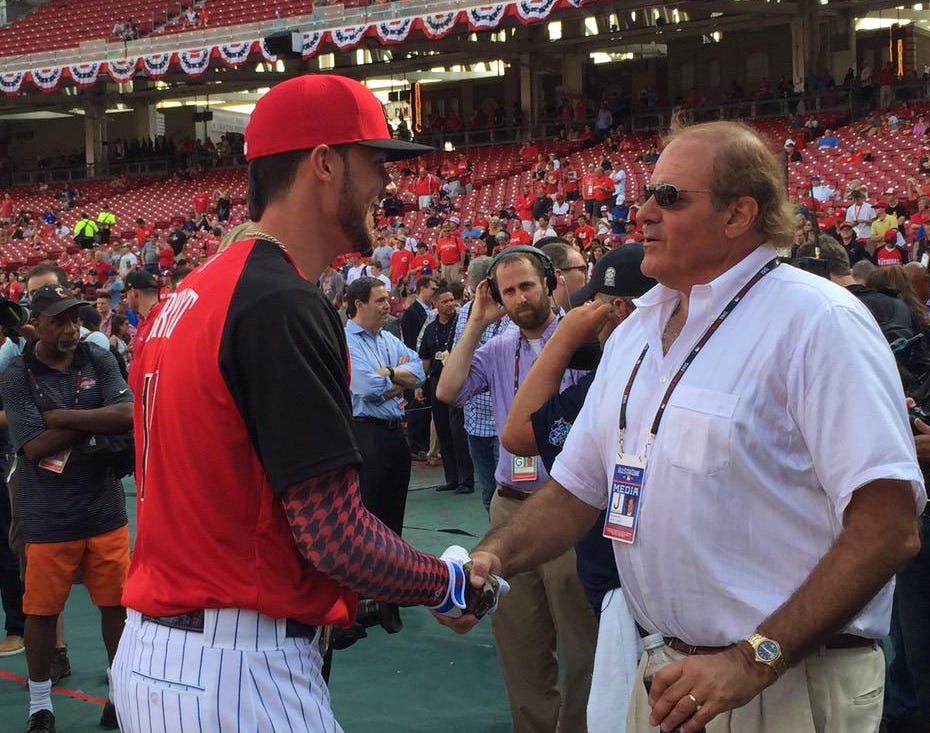 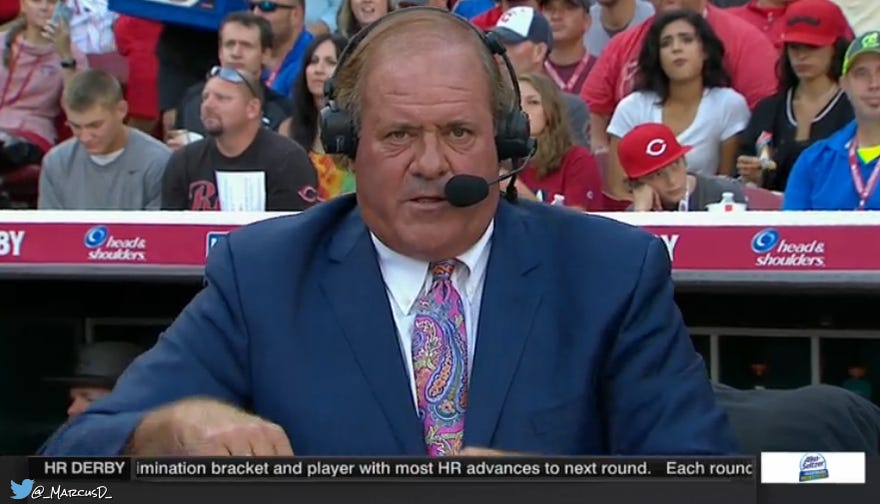 Because it’s not Chris Berman’s hair. 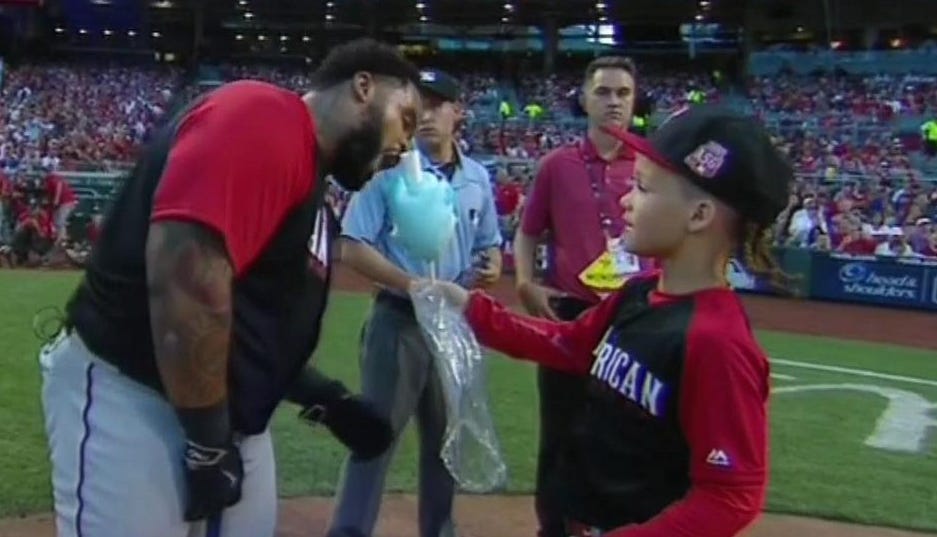 One of the new rules was each player gets a 45 second timeout. For the most part this was the “sponsored” timeout where the sweaty hitters would chug Gatorade right in our face, except for Prince Fielder, he went for the cotton candy. A+ move.

Nothing to do with the Derby, just more a heads up if you try to go on vacation for a month, your brain stops working, or maybe it never worked in the first place we just all finally figured it out.

Joc Pederson’s brother has downs syndrome and Albert Pujols does a lot of charity work for people with Downs. This moment was special, no jokes here.

Loser – This guy who chose to propose to his girlfriend on national TV during a moment of silence for Cancer victims. 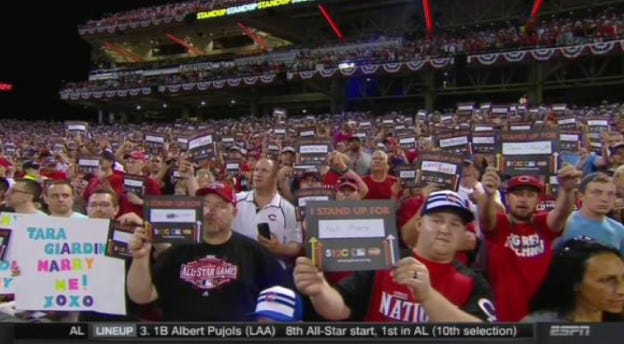 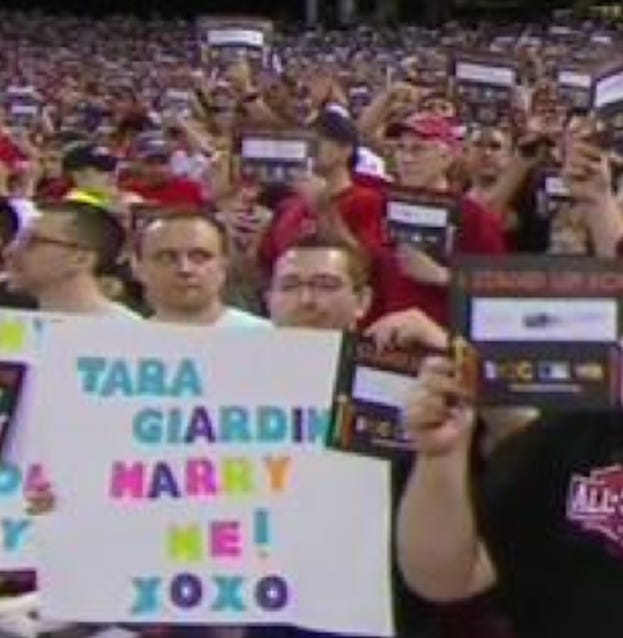 Winner – This guy who chose to rep his gang during that same moment of silence. Respect 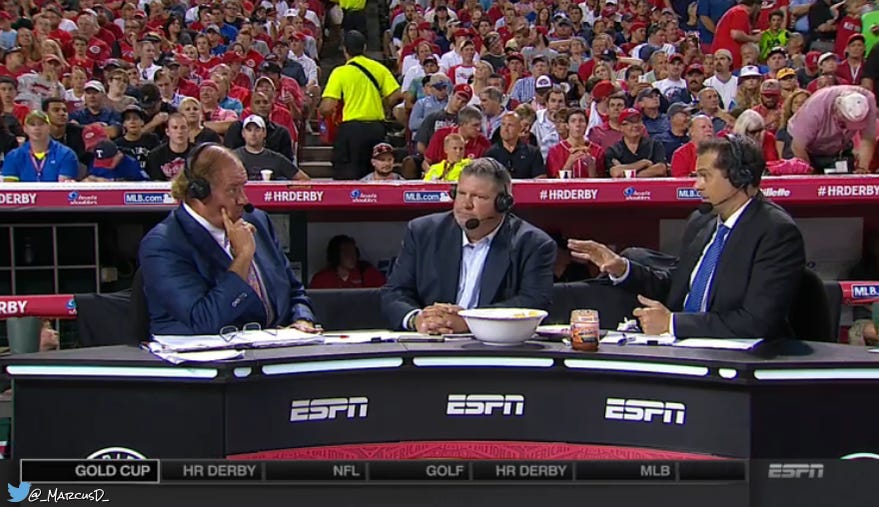 Manny Machado brought his own brand of chips and salsa to the Derby to try and get some free pub and put it on the announcers table. Not once did they mention it or bring attention to it. Berman and Kruk probably ate every last chip but they sure as fuck didn’t give a shout out. I also think this is why Berman would go to the bathroom for what seemed like 20 minutes at a time.

Loser – Guy who takes pictures when he’s 4 inches away from someone. 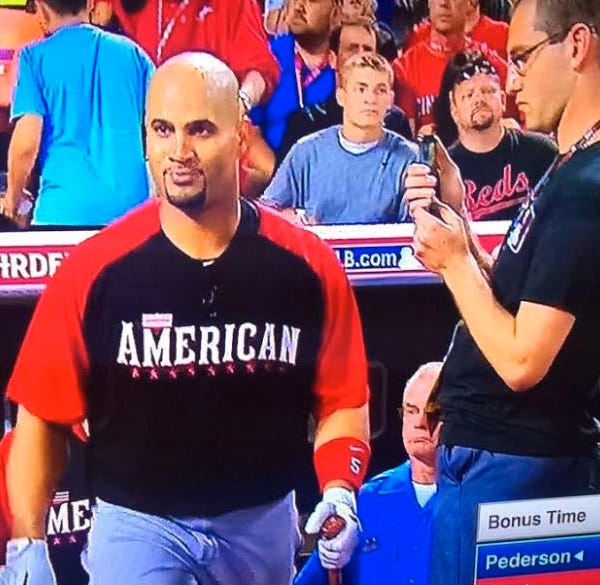 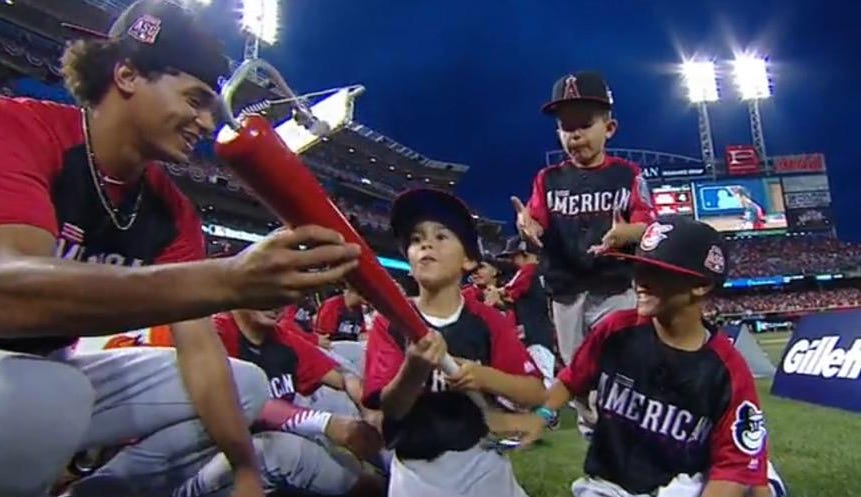 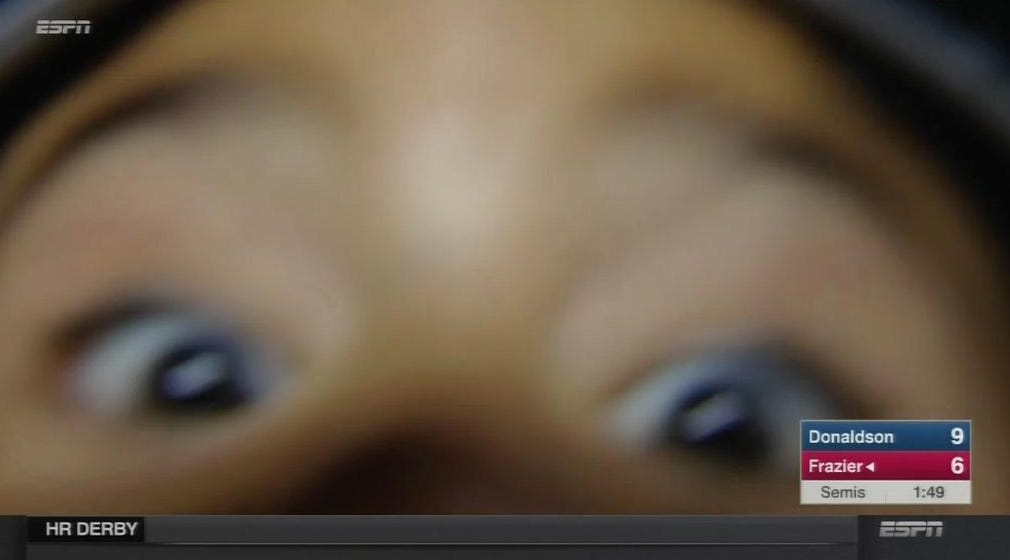 Loser – Andy Dalton having no idea how the 360 camera works.

-So Andy, stand here and the 360 Camera will show your face then the back of the jersey, it spins around so you don’t have to, ok?

-Yup got it. Easy as winning a playoff game.

Winner – The City of Cincinnati, Todd Frazier, and the new Home Run Format

Obviously Todd Frazier winning helped the atmosphere last night, the place was electric, but more than that I think I’m a huge fan of the new format. That was one of the more enjoyable Home Run Derby’s I’ve watching in the past few years, minus of course the Cubs choking and me losing money. Overall a solid A-