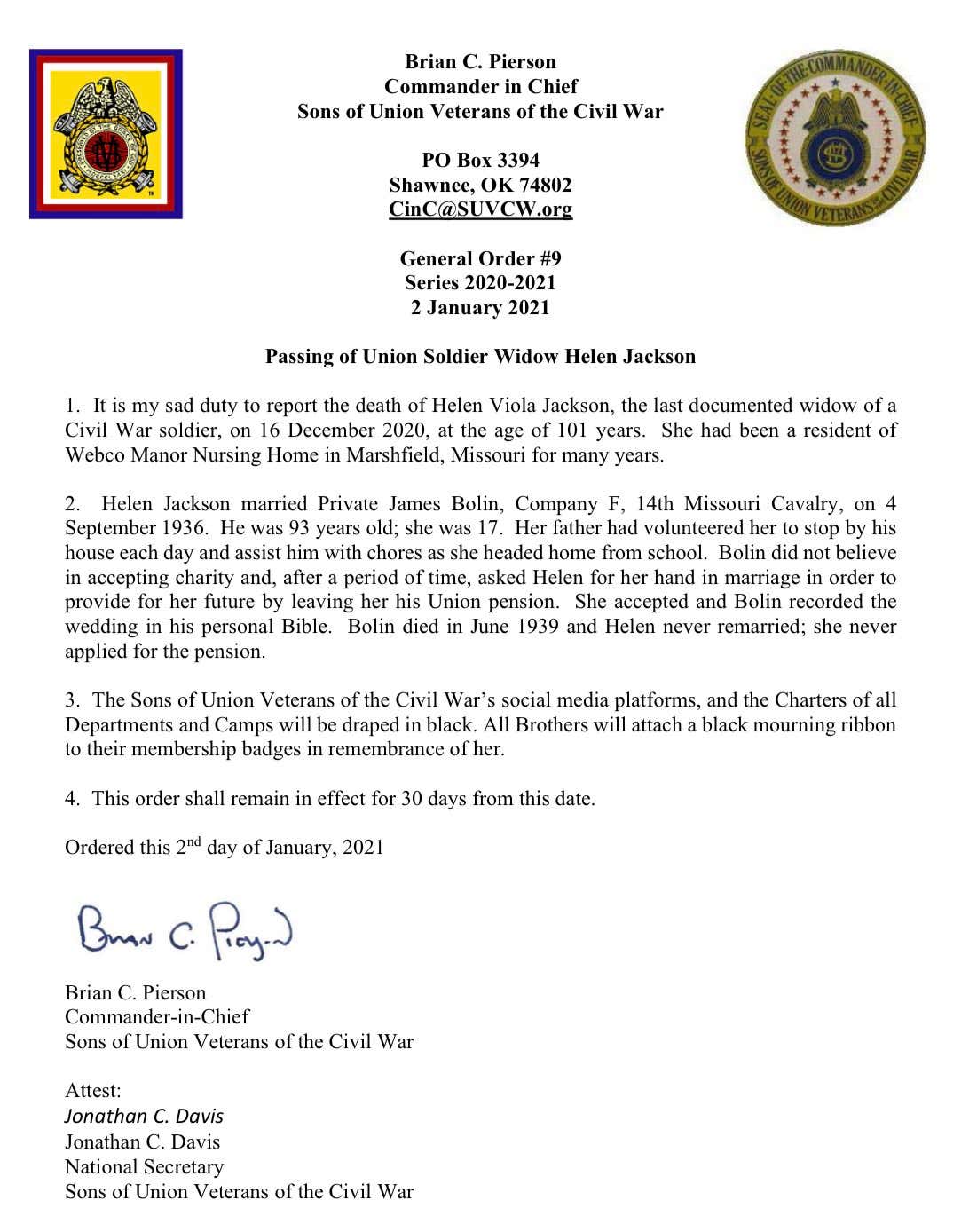 Now, enough about that. Let’s give it up for ole James Bolin when he was 93 and still as ripe from a romp as ever. 17 seems super young now but then, people were getting married at like 6 and were working in the coal mines when they were 3. Being married at 17 then is like being a 36 year old woman going to family Sunday dinner at your Italian grandma’s house after she made a nice sauce and noodles from scratch. Your nana would give you the whatfer about your dating life and you’d try to explain that people aren’t dating in a pandemic but she’s not hearing that. “It’s like the flu! People get the flu every year and they don’t close down my beloved bowling alley!” Nana isn’t big into science but she can still bowl in the high 260s without warming up. It’s incredible.

I also love that private Bolin wanted her to have his pension and that’s why they got married but she never accepted. She don’t need no man’s money. She’s fucking Helen Viola Jackson (didn’t take his last name. Boss bitches only).

Additionally, I love that Bolin’s proof was that he wrote it in his personal Bible and it’s just taken as fact. To me, that’s like providing a receipt for a donut which you filed under D for donut. Rest In Peace, Mitch, James, and sadly now... Helen. I never got to meet her and for that, I’m sorry Ms. Jackson. I am for real.

“hey chaps. How long will you be sad about this?”