SOMEBODY HIT SOMEBODY!  SOMEBODY MURDER SOMEBODY!  Prove us wrong, Canada.  Do it.  Prove everybody wrong.  I dare you.  That was a golden opportunity to get some viral road side violence and they pissed it down their leg because they’re Canada.  Pop the trunk, pull out a hatchet and cut the dude’s fucking head off right there in the middle of the street.  Show us there’s something swinging between those legs.  If you want people to stop referring to you as America’s hat then you gotta step up your road rage.  I thought those two guys were gonna hug and make out after the cop gave them a scolding from above.  That was like watching two kindergartners who don’t know it’s okay that you can defy your teacher and just start throwing haymakers.  Maybe you’ll get put in time out/arrested but it’ll be worth it. “Everybody’s a winner.  No worries” should be Canada’s official slogan.

I’m not one to question how loyal somebody is to their friends but I wouldn’t trust this guy a far as I could throw him if I were Orange Shirt.  He needs to be out there with his friend.  Either playing peacemaker or teaming up and killing the other guy.  At least get out of the car bud. 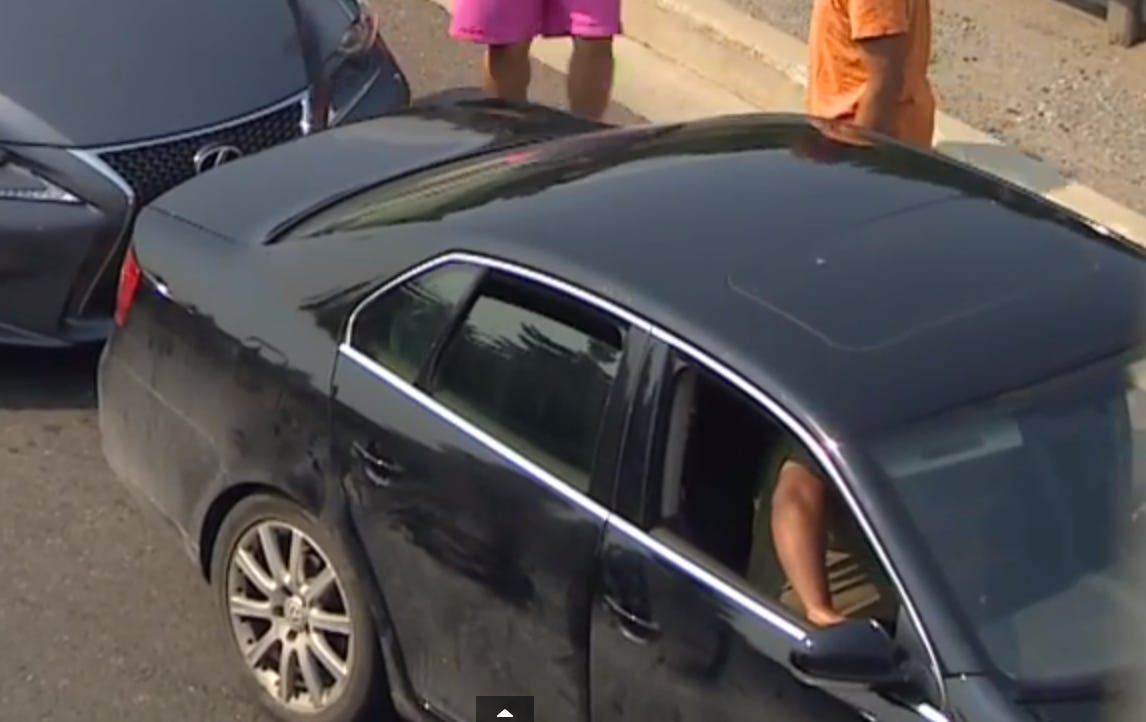