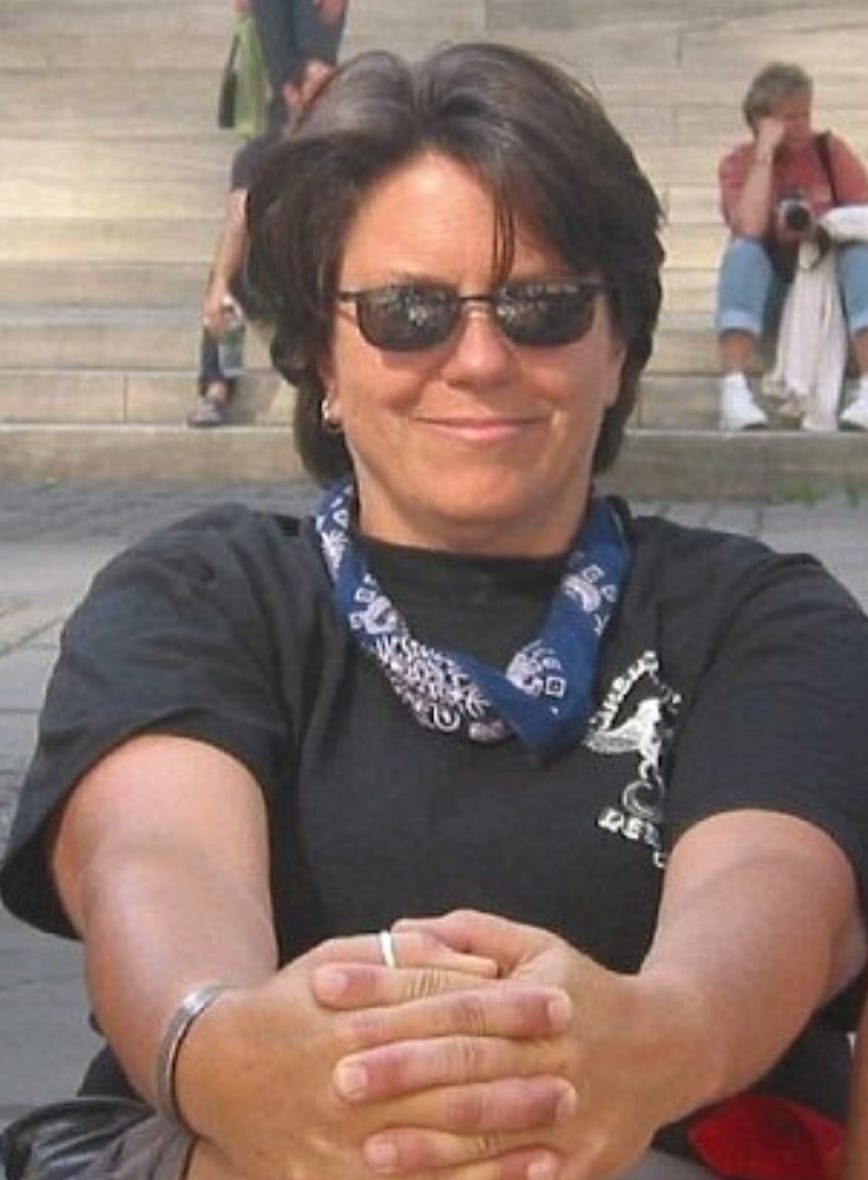 Daily Mail- A Florida woman has been arrested after hitting her lesbian partner in the face with a dildo.  Annette Kielhurn of St. Petersburg was in the presence of a police officer when during an argument with Gamze Capaner-Ridley she pulled out the sex toy and slapped her in the face. This arrest comes almost 20 years after Kielhurn was sent to prison for three years after being found passed out and drunk in a car that contained 25kilos of cocaine in the backseat – which had a street value of $2.5million. The Smoking Gun obtained a copy of the police report which says that Capaner-Ridley, 57, had filed for a civil domestic violence injunction on Friday, and on Saturday an officer accompanied her as she removed some personal belongings. Things started to get heated between the women when Kielhurn, 57, objected to a dress that Capaner-Ridley planned to take with her.

Fantastic.  This is one of the good things about the gays being hot in the streets right now.  In the past, this would’ve been a story about a wife slamming a frying pan into her husband’s skull after he came home late smelling like bourbon and strippers with glitter all over his face again.  Boooooooring.  We’ve seen that a million times.  We can only read a story like that so many times until it loses it’s shock value.  Well now the gays are here to spice things up a bit with their domestic abuse and it’s about damn time.  We needed some fresh angles on domestic abuse and here it is.  Dildos.  Lesbians slapping each other across the face with dildos during an argument about a dress and getting arrested.  “You can’t wear that dress.  That dress is ugly.  Oh you’re still gonna wear it? Well then I’m gonna go get Benjamin Franklin (lesbian history buffs) and teach you a lesson.” It’s also good to know that a Florida lesbian looks exactly what I thought a Florida lesbian would look like.  That is to say, she looks the opposite of how every lesbian has ever looked in any sexual fantasy I’ve had.

PS- I like how the article just casually mentions that, oh yeah, the lady also got arrested 20 years ago for for being passed out drunk in a car that had 25 kilos of cocaine in it.  Lesbians moving work.  It’s a brave new world.