Just another weekend, I guess. Gronk’s done shit like this so many times that there’s really nothing left to say anymore. He’s just better at living life than you and I are. You had some fun dancing at the bar this weekend? Maybe had a couple fruity drinks by the water? Gronk got on stage at Rehab, sprayed champagne everywhere like a rockstar, spiked a few pineapples/probably made someone slip and break their neck, then fucked a bunch of chicks. That’s Gronklife, no other way to live it.

PS – Is this chick in a bachelorette sash? Probably not a great feeling to be her fiance today. (Also I would say I expect hotter than these two from Gronk but I don’t want to be mean so I’m just gonna think it). 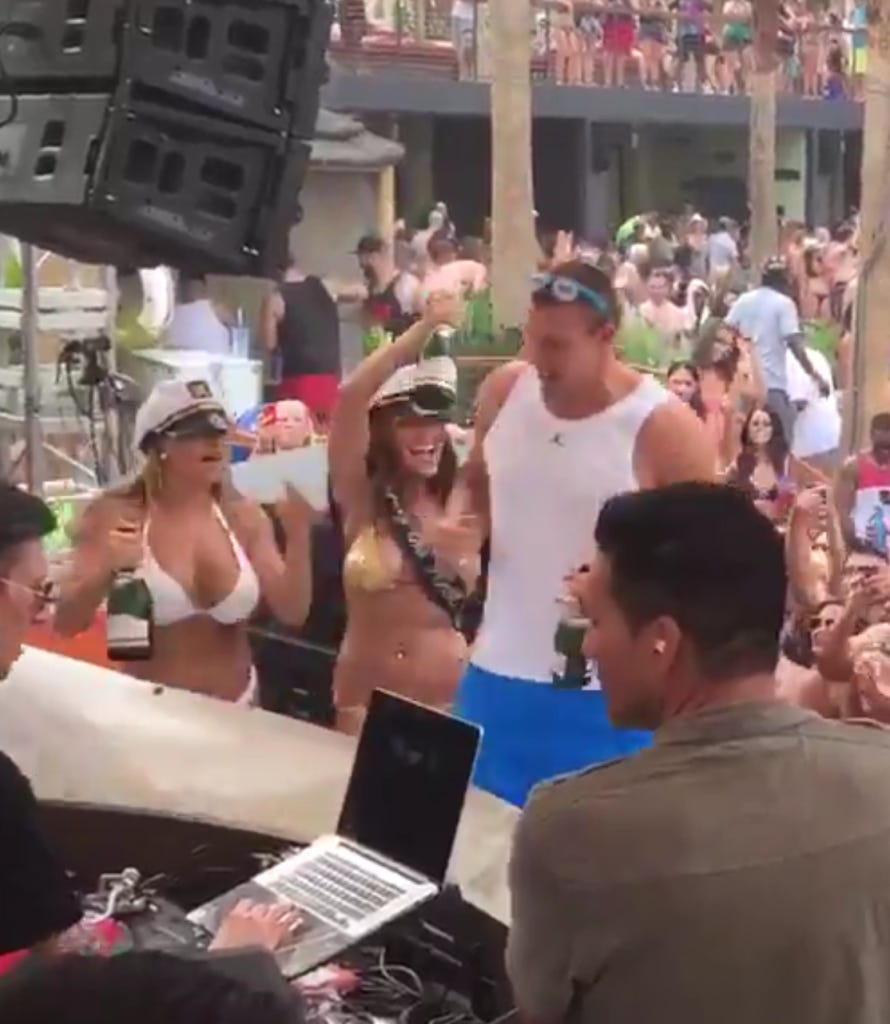