Yesterday, Sarotu Iwata died. If you have no idea who that is, neither did I until I saw it on the news yesterday, but he was the longtime CEO of Nintendo who, based on the coverage I saw, was this total genius and really nice guy who everyone loved. It’s funny how there are these people who help shape your childhoods, and you have absolutely no idea who they are. Like who made those SI For Kids magazines, or is at the head of Nickelodeon, or created Sportscenter? They’re all these influential people who I have absolutely no idea who they are. Anyway, I was already thinking about how awesome N64 games were because I was watching Wimbledon and thinking about Mario Tennis. So with those two things in mind, let’s do a Best N64 Games Ever blog.

Fun fact: I had no idea there was a Nintendo console before the N64 until one day KFC asked me if I knew what Nintendo even was, and I replied that I had an N64 growing up. He thought I was joking. I was not. The more you know I guess. Anyway here are the 12 best Nintendo 64 Games in no particular order: 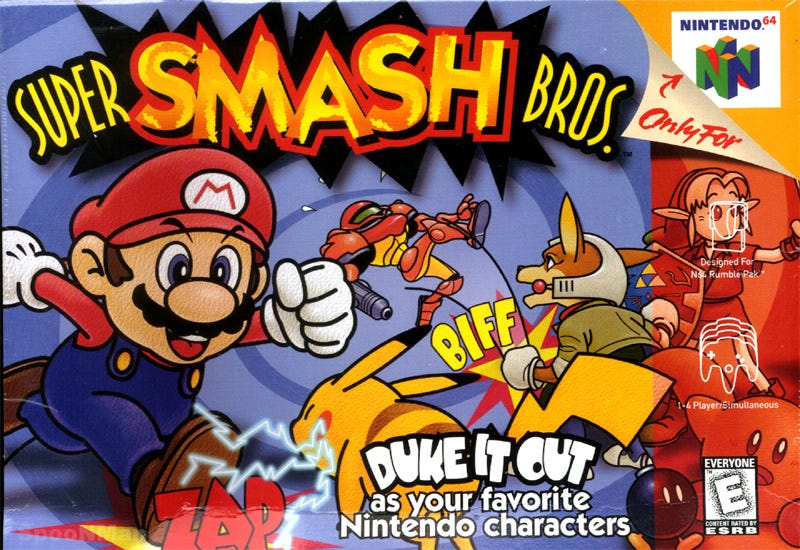 You could tell everything you needed to know about your friends based on their preferred Smash Bros character. Donkey Kong guys tended to be aggressive and forceful. Link or Fox was for the more strategic, sly kind of guy. Mario was for boring kids. Kids who picked Yoshi were weirdos and freaks. 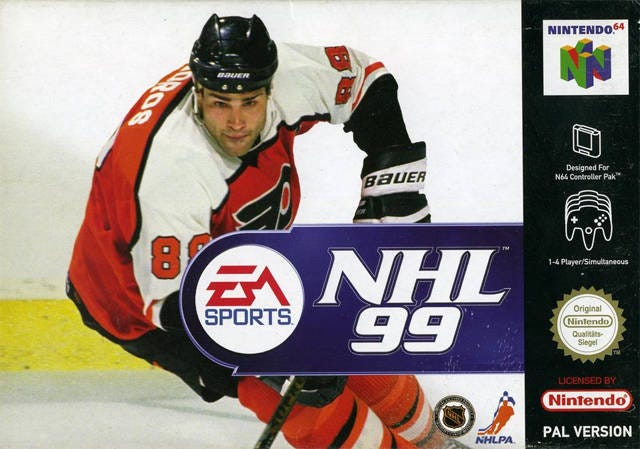 NHL ’99 is one of those rare classic sports games that even when the newer versions with the updated rosters comes out, you just keep going back to because that version, even outdated, is still so clearly the most superior (Madden ’04 also fits this description if only for Michael Vick). My first ever gambling loss was in NHL ’99 when I got the first $20 bill I ever had in my life for my first communion, and my older brother challenged me to a game of NHL for it. Except instead of letting me keep it close like usual, he destroyed me and took the money. Probably why I have trust issues. 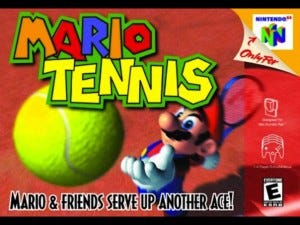 Mario Tennis was the best sports game played with not-real athletes ever. Mario Tennis was and still is infinitely more entertaining than playing or watching real tennis. Being beat on a Drop Shot or Lob was a humiliation that borderline warranted Seppuku. 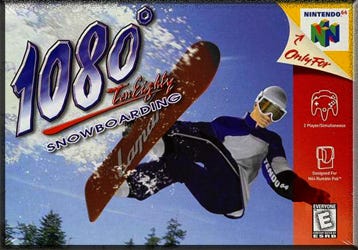 1080 was fun once you got really good at it, but then got old once you played it a lot. So there was a very special, very brief middle-ground of your 1080 career when it was really, really fun. But for those short, fleeting moments, oh what glorious times they were. 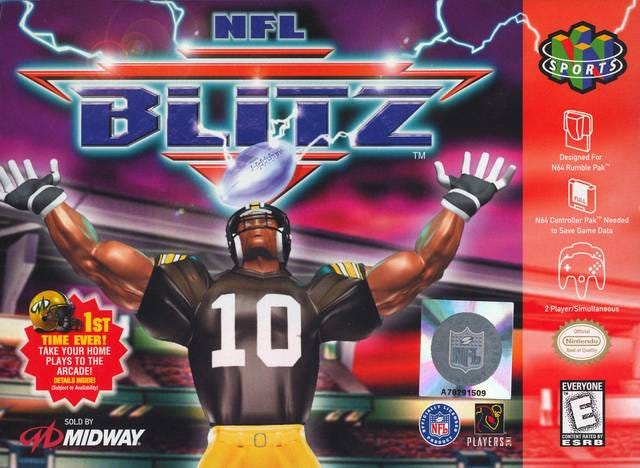 NFL Blitz was the XFL of video games. The QBs could throw 80 yards without a problem, you’d blitz the entire Front 7 every play, and tackles would send a running back into the Inner Core of the Earth. That was also when the NFL was cool and savage violence on the field was glamorized and celebrated, instead of being a 15-yard penalty and 2 game suspension.

Super Mario 64 is like having a list of the best athletes ever and not include Johnny Unitas, Babe Ruth or Bill Russell. Sure they probably benefitted from the era they played in, and aren’t as big, strong, or fast as the athletes of today due to the natural progress of society. But you still have to include them and tip your hat out of respect for what they did to the game and acknowledge their greatness. Can’t have a list without SM64 (I’ve literally never called it SM64 until just now). 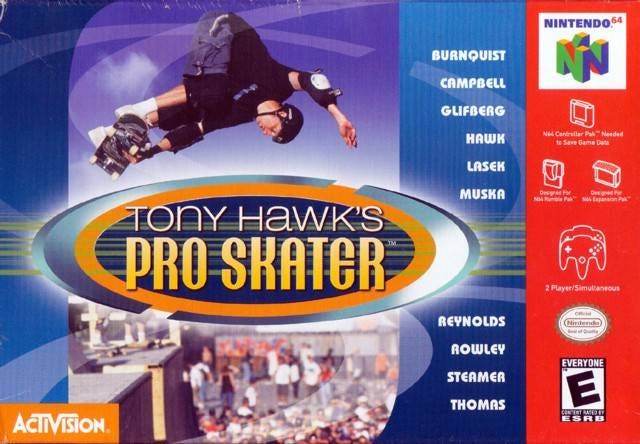 Obviously the Tony Hawk gameplay was awesome, but it gets bonus points for having the greatest soundtrack to any video game of all-time. Superman by Goldfinger is in the regular pregame rotation to this day. The feeling you got when you found The Secret Tape was akin to Spanish conquistadors finding the lost city of El Dorado. Never could get into the X Games because they couldn’t do a 1440 double backflip off jumping from a picnic table. 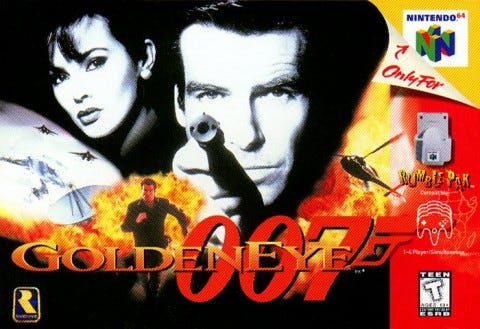 Will never be able to think of James Bond as anyone other than Pierce Brosnan because of this game, even if Connery really was the best Bond. The Bond girl cutscenes were also extremely important in the development of every boy born between 1988 and 1998’s sexuality. Anyone who used OddJob was not a true friend too. 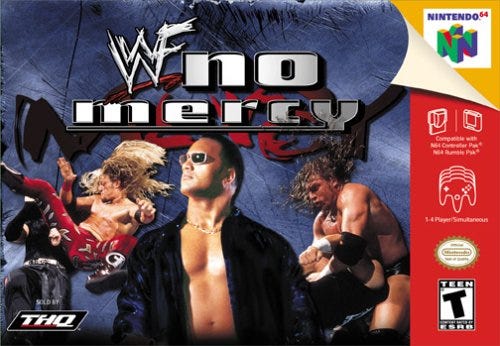 I was never much for professional wrestling, but the plot twists and sheer suspense of Championship Mode in WWF No Mercy was the most riveting storyline I’ve ever seen until Breaking Bad. When you got into impromptu fights backstage, or had to ref and fix matches for other wrestlers? I couldn’t keep up with the plot twists. 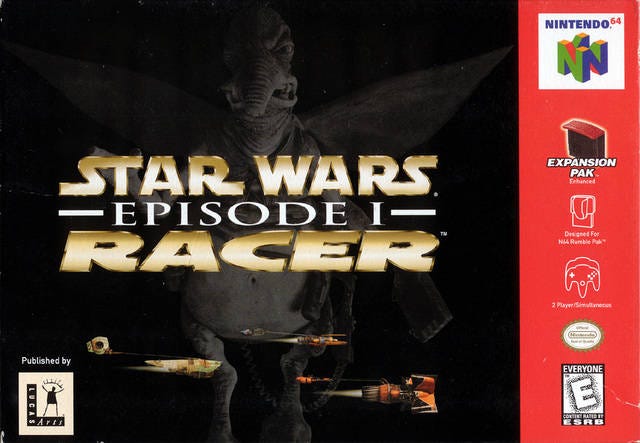 I liked this game and I like Star Wars and if you want to make fun of that, go ahead but I know I am right that this game was awesome and your words cannot hurt me. 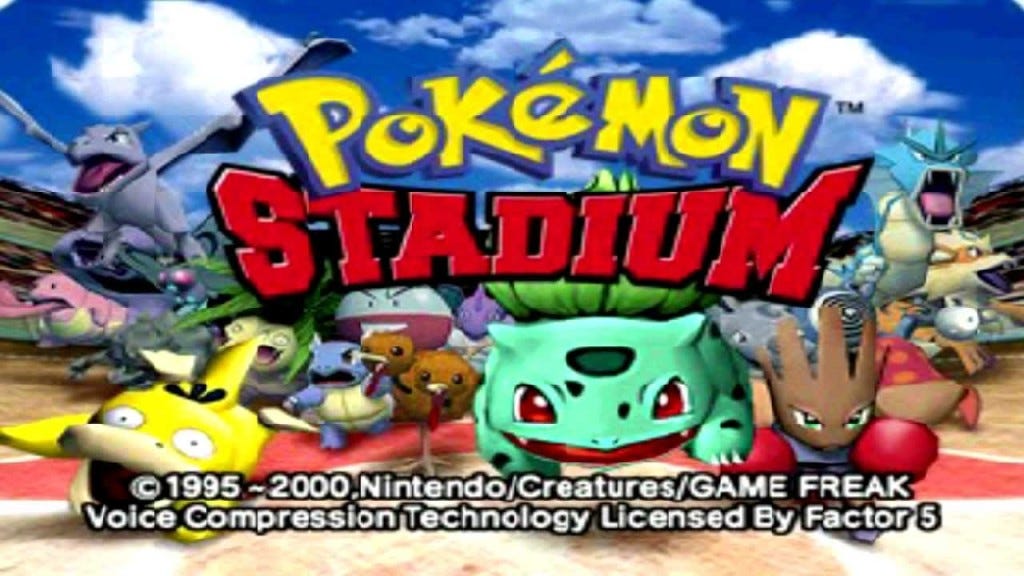 Pokemon Stadium was for the thinking man. The learned man. The strategic mind. How do you get an equal balance of every Pokemon type in order to get through the grueling marathon of a four-round tournament? Do you use one of your weaker Pokemon first against Psychic Pokemon and take them out once they have spells on them? Don’t get how this game didn’t entirely replace board games or chess. 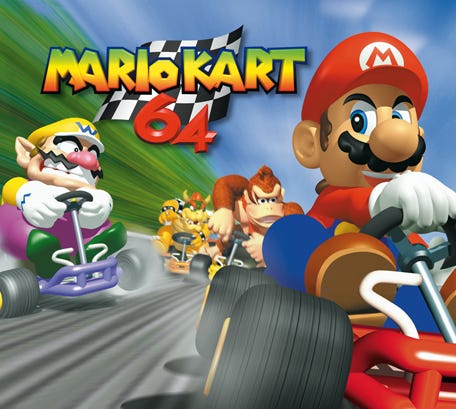 Michael Jordan simply wanted it more than the stars in the NBA do today. The sun rises in the east and sets in the west. There will never be another Derek Jeter. Goodfellas should have won the 1990 Academy Award for Best Picture over Dances With Wolves. Mario Kart on Nintendo 64 is the greatest video game of all-time. These are facts that cannot be argued, contested or disputed. I will go to my grave saying nothing will beat Kart.

PS: Never got into Zelda.

Update 1: I just got a tweet that I forgot about Ken Griffey Jr. Baseball. I am history’s greatest monster. A+ game.

Update 2: A lot of tweets right off the bat about StarFox. Here’s the thing, I never got to play StarFox. My Dad bought it for me and my brothers, and one of them broke it on like the first day. We were smart and just made a blood oath of silence instead of tell my Dad he had to buy another StarFox. So I never got to play it. I’m sure it’s a great game.

Update 3: Thought Perfect Dark was a niche game, glad to hear other people lved that game too. Loved that gun that could shoot through walls.