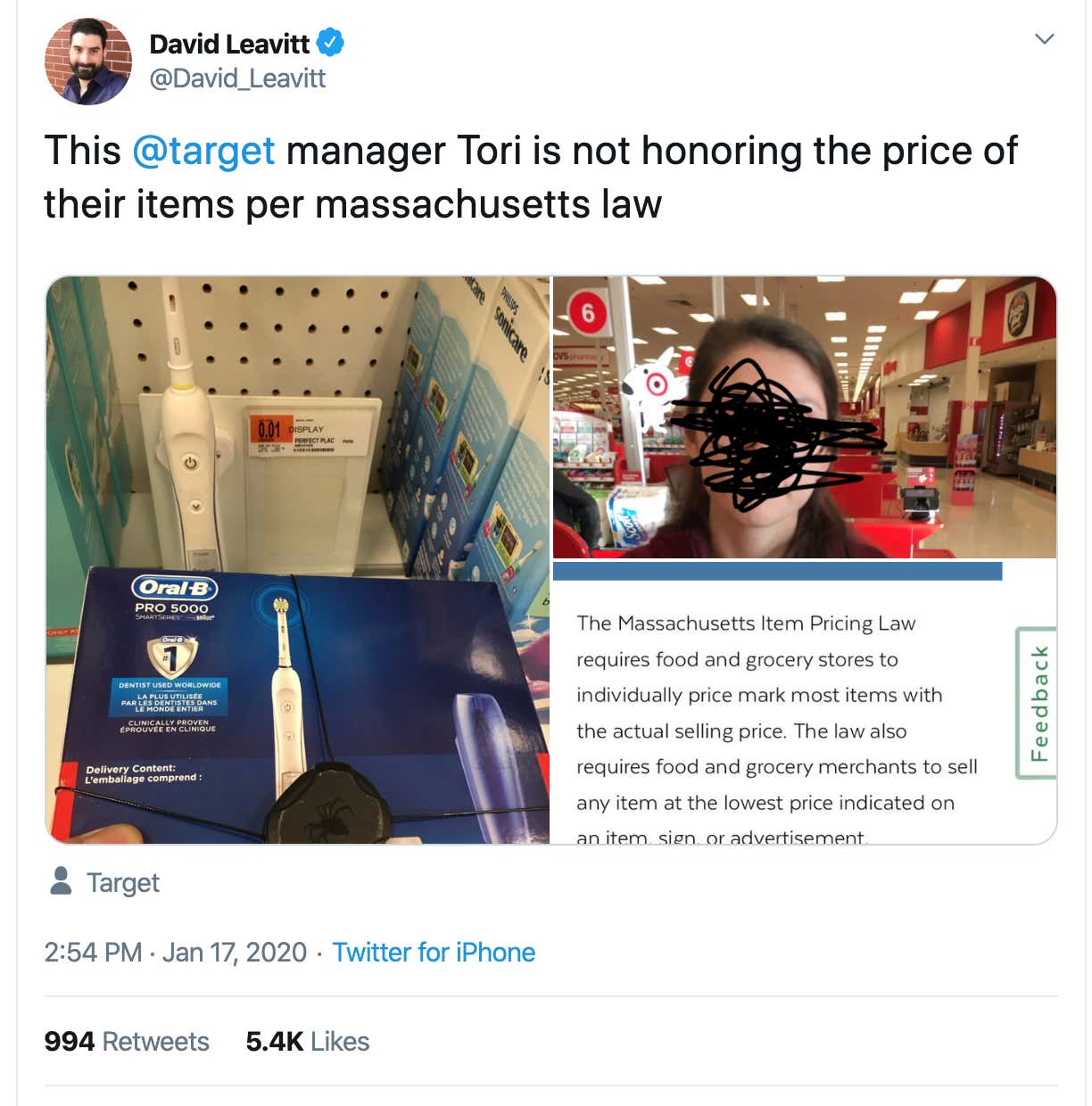 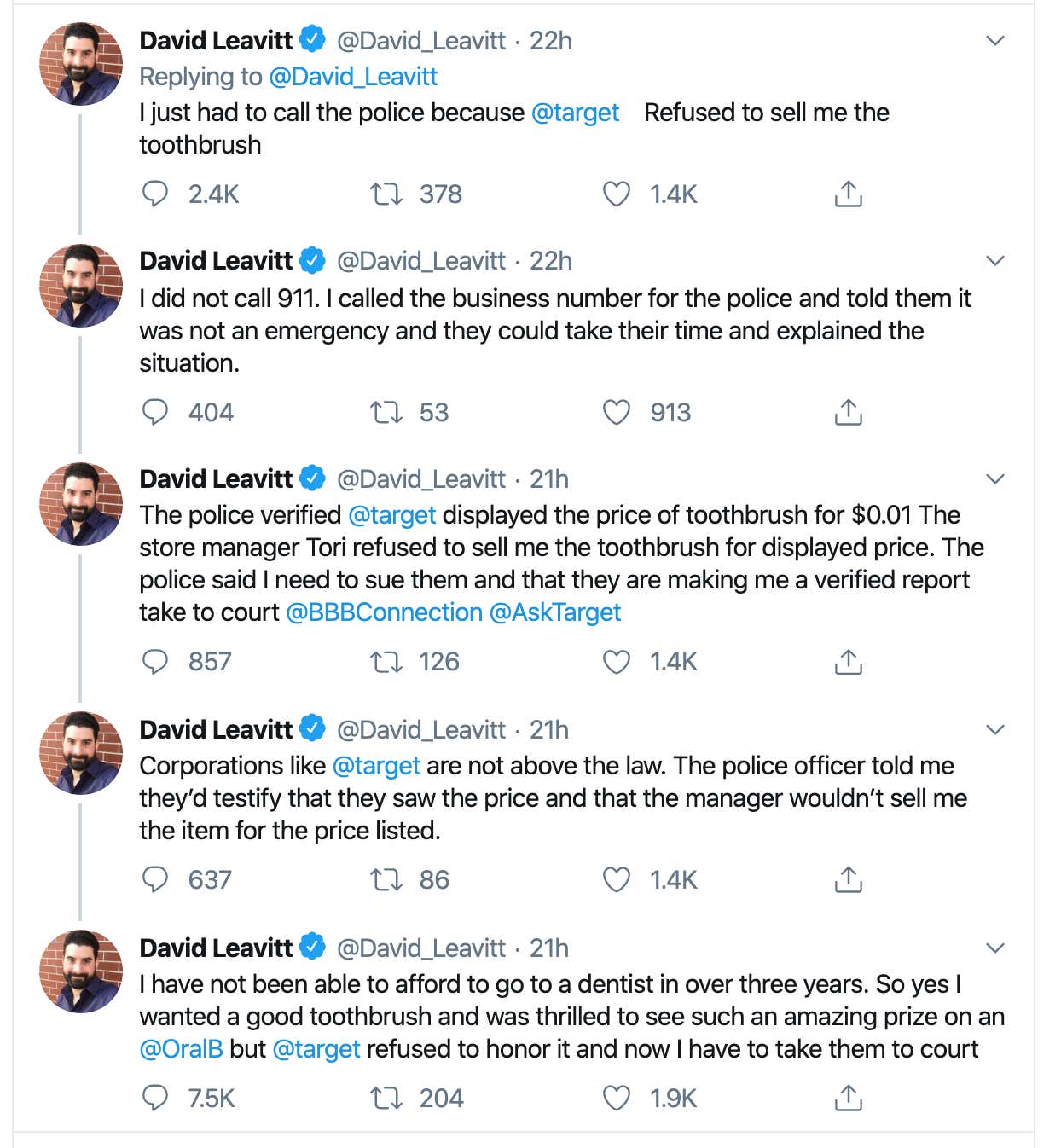 I know a lot of us are unhappy with ourselves. Maybe our careers aren't going the way we planned, we're not making as much money as we hoped, we're getting older and don't have the wife and kids and house with white-picket fence like we planned. We're insecure and self-conscious but using all our energy to hide that because we're flooded with images of happiness and perfection on social media.

This story is going to do for you what 100 self-help books downloaded on Audible can't do: make you feel better about yourself. All you need to do is take the next 5 minutes to do this:

Just do that thought-exercise for a second.

Close your eyes and pretend you are David Leavitt. You're wearing his clothes, you're in his shoes, you have his beard, you're even wearing his smug grin. You get out of your car and walk into Target to pick up some stuff you need around the house. You head to the dental care aisle and, realizing you need a new toothbrush, you check out the options. You see this beaut: an Oral-B Pro 5000 SmartSeries, the #1 dentist-used worldwide, numerous trophies from the annual Toothbrush Awards. 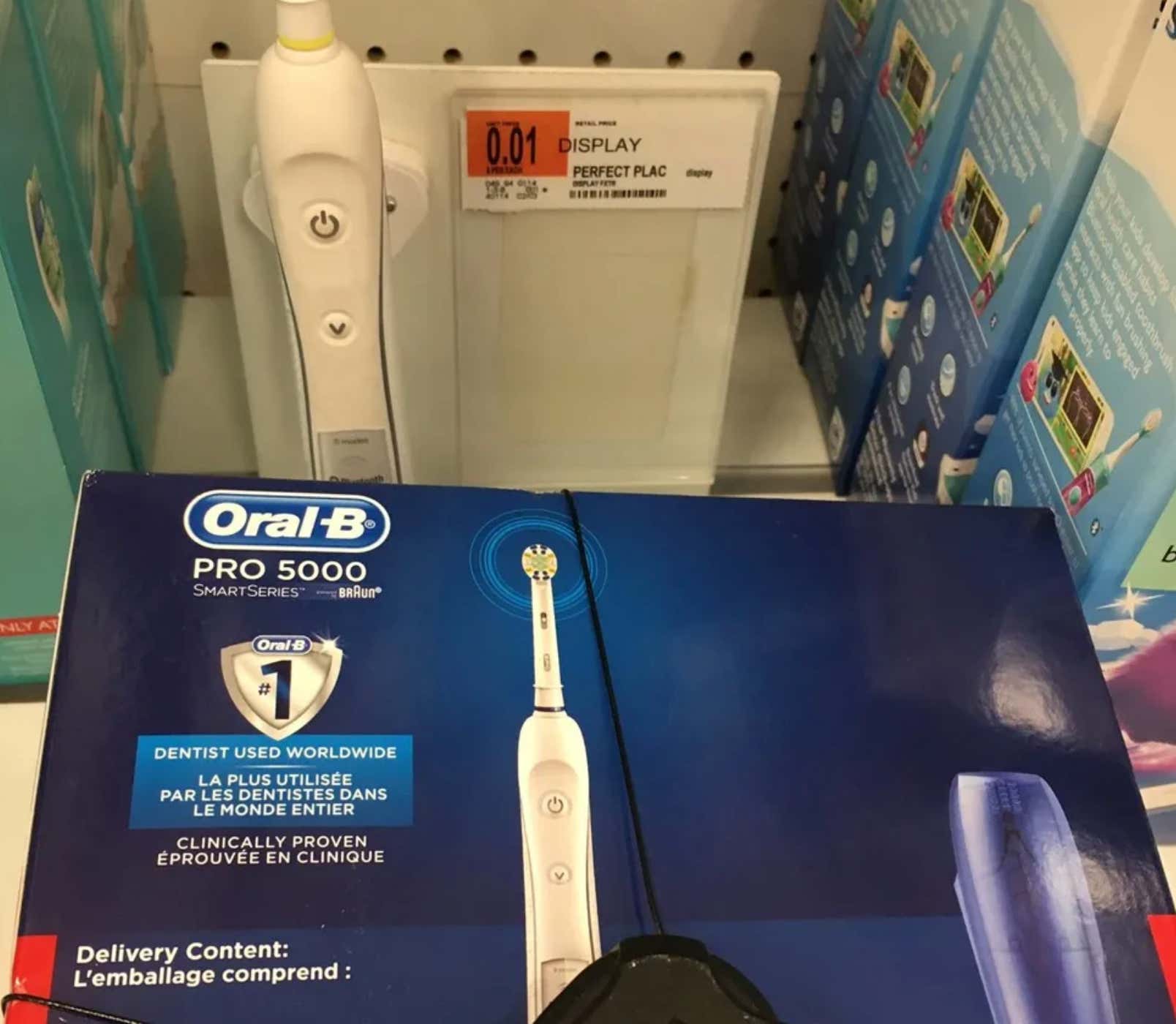 And, holy shit, it's 1 cent!  A penny!! "Ha, let's try this out" you laugh to yourself, sticking it in your basket and sauntering over to the cashier, knowing that it was clearly mislabeled since it's 2020 and nothing has cost a penny since 1821 — maybe it's wrong in the system too, or more likely, you'll get some stoned high-school kid who doesn't give a shit about anything and smirks at you while letting it go.  Remember, that's not your thought process here: you're David Leavitt. Stick with what we're doing here.

It's 1 cent! Holy shit, what a deal! You've read the Massachusetts Pricing Laws front-to-back, 4 times, so you know that, by law, this price MUST be honored. You walk up to the cashier with your chest puffed out, fingers pulling up proof on Safari just in case, but you won't need it probably, because any certified cashier working at Target surely knows the Massachusetts Pricing Laws as well as you do, if not better.

She tells you...sorry sir, this toothbrush was accidentally mislabeled. It's $89.99.

What the fuck did this lady just say to you?

You try to explain Massachusetts Pricing Laws to her. She's not getting it. She's insisting you pay the price that the good you are trying to buy costs. You can't believe it. The AUDACITY of this woman to argue with you. You take her picture and tweet it out. You want to shame her, to bury her, to let the world know that this fucking IDIOT DOESN'T EVEN KNOW MASSACHUSETTS PRICING LAWS.

But you don't stop there. After all — there are laws being broken here. We live in a society. If we let one law get broken, what's next, murder and rape and armed robbery?

So you call the police. For some reason...they come. You explain the situation to them. You want to press charges. They tell you you have to sue. So you storm out and head straight home to call your lawyer and file a lawsuit, upset that you'll have to wait for the legal system to run its course, but smirking knowing that soon you'll have your 1 cent Oral-B toothbrush...and more, probably, you can buy as many as you want, when a jury of your peers sees the injustice being done and awards you millions of dollars in compensation for emotional distress.  In the meantime, you'll just have to fight with everyone on Twitter explaining Massachusetts State Pricing Laws to them. That's your life, and you're living it.

You are not that guy.

Thank fucking god you are not that guy.

If you're wondering where you've seen the name "David Leavitt" before: 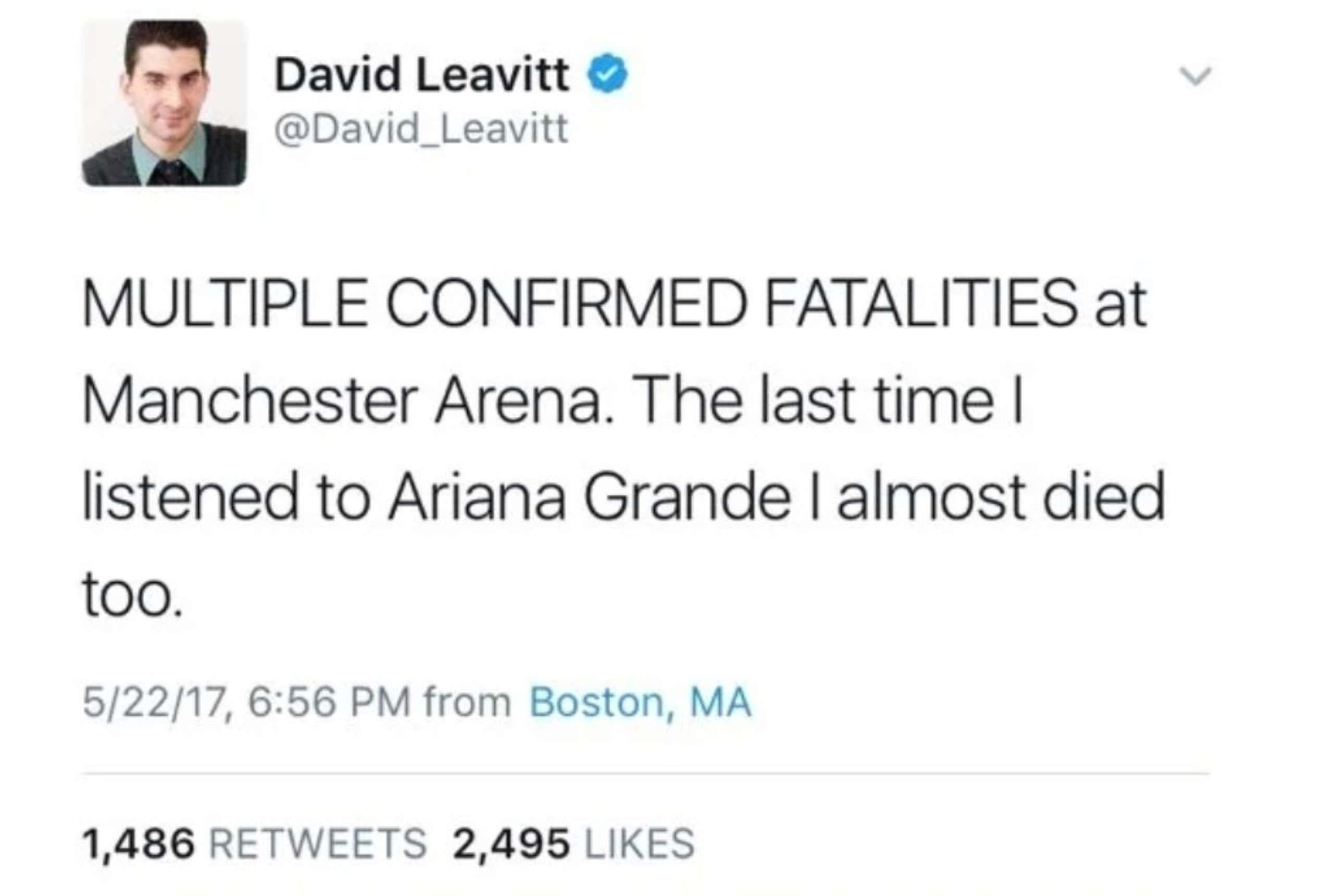 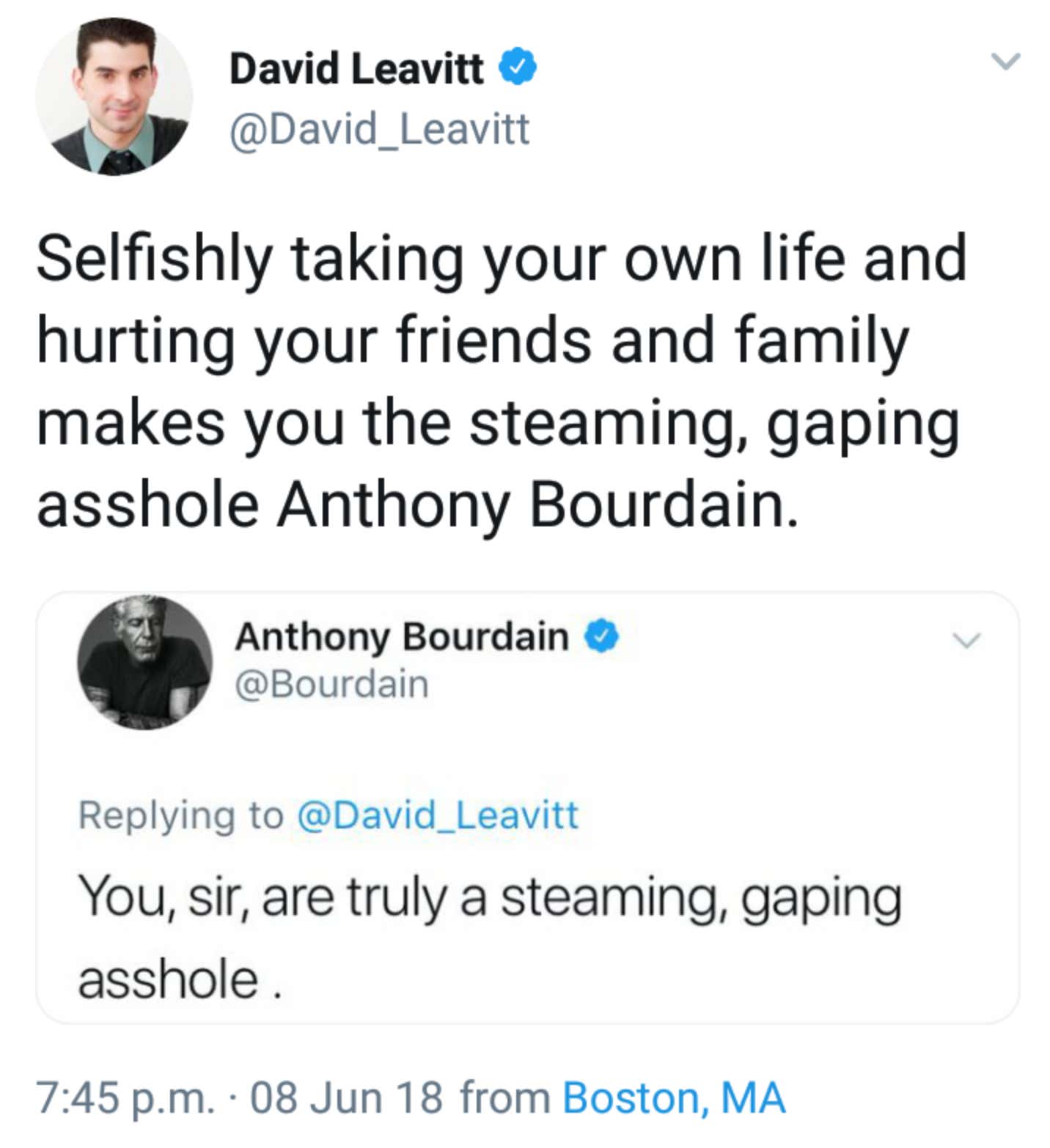