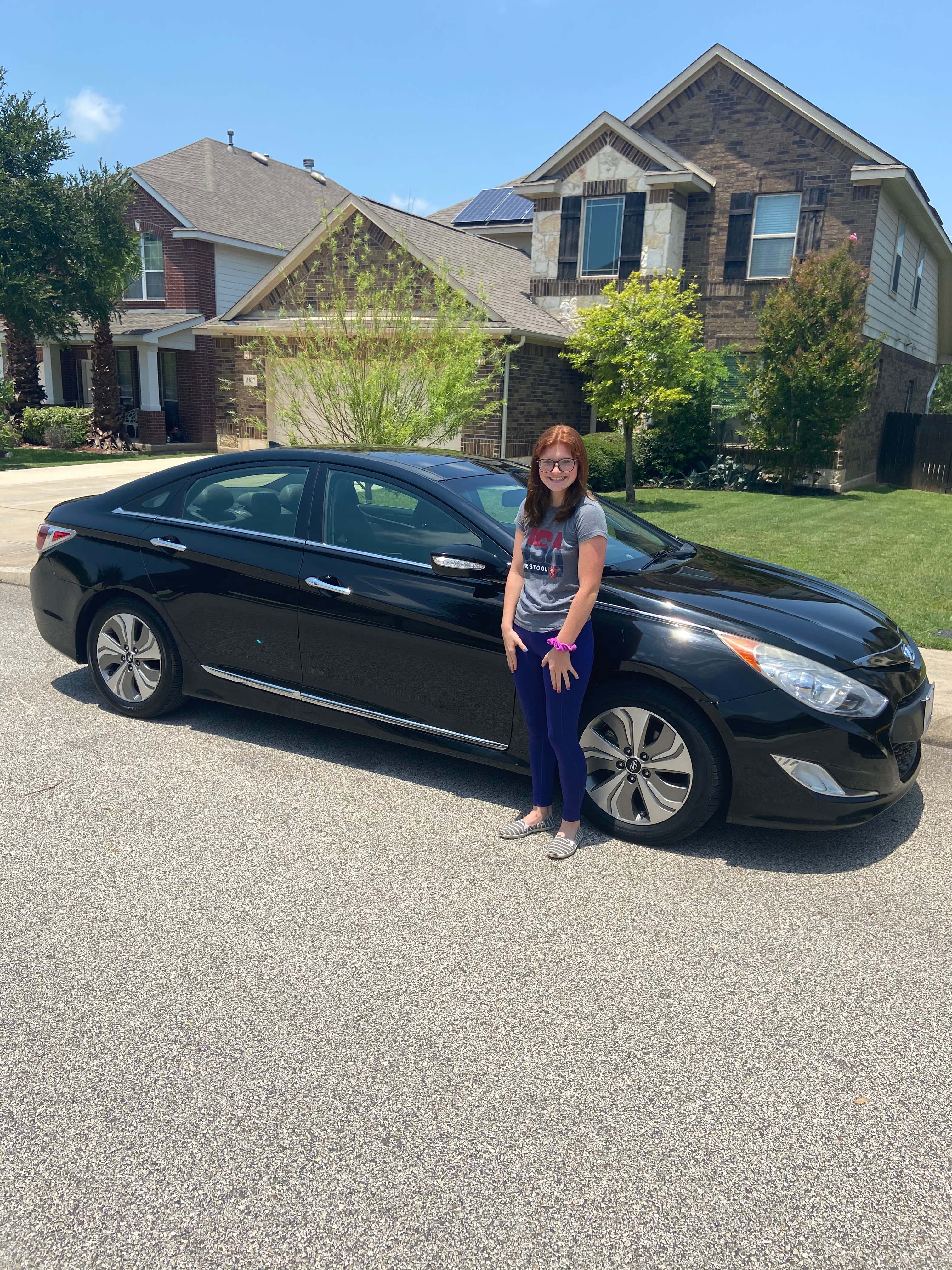 There are certain days that we look back on and know that they were paramount in the formation of our character and personhood. Today was one of those days.

I remember the exact place my feet were when I found out that I was going to be a dad. I was standing in a field on Lackland Air Force Base getting ready to train military working dogs. I was in K9 school at the time. My pocket vibrated and I had a voicemail. It was from Kelsie's biological mom. She left me a message and told me that she was pregnant. My mind absolutely swirled. I was 23 years old, a brand new Marine, learning a new job, and would soon be on my way to Okinawa, Japan and thus away from my family for the next 3 years. To say I was overwhelmed would be an understatement.

I wasn't ready to be a father but fate waits for no man. When Kelsie was born, my heart was as well. When I saw her light-orange hair and piercing blue eyes, I was smitten by a baby who I was destined to raise. My relationship with Kelsie has always been special. After I divorced, Kelsie stayed with me. I was 26 years old, recently wounded in action, moved to Virginia, and was starting my life over while working as a Sergeant of Marines and now a single father to boot. I was wrestling with internal demons that were festering deep within and subdued only by work, booze, and the responsibility of raising a child. I didn't date much. I didnt go out much. I stayed at home with my kid and allowed far too much screen time and took for granted that the baby footsteps that annoyed my hangover would always be there pittering and pattering up the cheap construction-grade stairs of our townhouse outside of DC.

I re-met the woman who is now my wife a few years later. I knew that she would be my wife the moment I walked into that same townhouse and saw them laughing and doing a puzzle together on the floor when I came home from work with yet another McDonald's bag and happy meal. She invested in Kelsie when she wasn't expected to. That's all I needed. I mean, her ass and whatnot, as well as her BRAIN, were a big draw too but I knew I could love her forever when she loved my kid when she didn't have to.

Between the years I kicked things off with Annaliese and the years that I was a single dad, the only thing that really kept me alive was Kelsie. She needed me. I mean that. Without Kelsie, who knows. But, thankfully, Kelsie wasnt ever something I had to deal without because I couldn't have.

The old trope about parents seeing their kid's lives flash before them has never been more true than it was for me today. Today was a day that I bought my kid a car. While I was handing her the keys, I pictured her in a high chair covered in diced hot dogs and peas. I pictured her in a booster seat with spaghetti-stained cheeks and a smile that rivaled the Japanese sun in terms of brightness. I pictured her passed out in a clothes hamper full of stuffed animals instead of in her bed early in the morning. When I handed her the keys, I remembered walking her into kindergarten hand-in-hand while she gripped my fingers tighter and tighter as we got close to the school. When I handed her the keys, I pictured the elation of her first soccer goal in the last game of her second season when she scored her first goal after being the worst player on the team for two years. When I handed her the keys, I felt like I was running on the soccer pitch again and picking her up with tears running down my face as she scored her second goal in that same game.

When I handed her the keys, I knew that it was really like handing out an hourglass and tipping it over. The sand is running through the glass at a higher rate of speed than her new car can reach. Soon, she will be on her way out the door completely. With it, my heart will go too.

Today was a special day. It was incredibly happy and incredibly sad. I guess that's the plight of loving your children. The joy of watching them grow is only matched by the unbridled anguish that you'll never be able to again. When I handed her the keys, I could see that the rest of the world will soon be her playground and no gps tracker or flipping of an hourglass can change that.

Being a dad is good. Being a dad who was lucky enough to match with the perfect mother resulted in the kid who I imagined when I first saw her light-orange hair and piercing blue eyes. When I was younger, I believed strongly in the predestination of the soul and its purpose. I believed that life was ultimately like being a feather dropped from the top of a building. The gusts of choice can take you here and take you there but ultimately, the destination has been decided. Watching the gusts of the last 15 years take my daughter's feather to this point has been the joy of a lifetime even though I now believe that the only thing I was predestined to do was to be her dad. If that was my only destiny, it would have been enough.