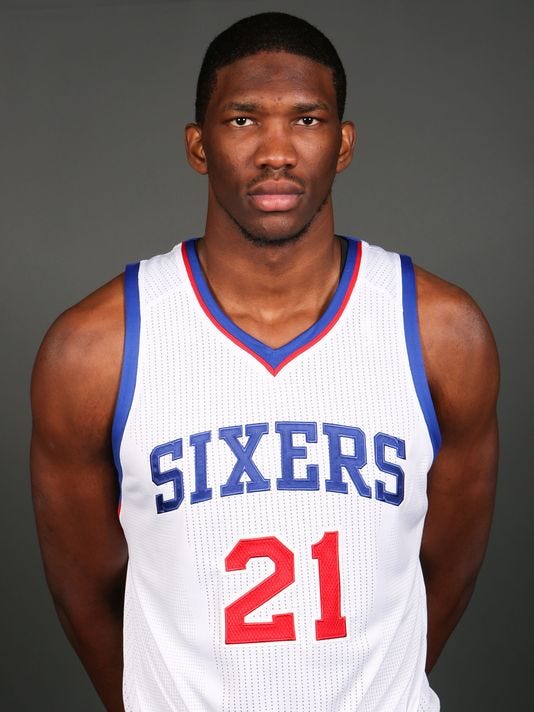 The 7-footer will have a second surgery after the latest setback in the healing of his right foot, according to several NBA sources. The team will decide whether to have it in North Carolina or at the New York Hospital of Special Surgery

“I would say there’s a great possibility that Embiid won’t play next year,” the source said. “Just think how long they sat him when they thought he was healthy.”

The Sixers are planning as if Embiid won’t play this season, sources say. Another source said the franchise is concerned that this setback could be career-threatening.

Sorry to interrupt your shore life/Kenny Chesney tailgate binge (somebody better be babysitting Riley Cooper like a 4-year-old), but, FUCK. This isn’t good at all. Hopefully things turn out well in the long run but it’s becoming more and more realistic we may be dealing with a Greg Oden 2.0 here. So much for my first hand “insider” information from buying that tall motherfucker Shirley Temples all night. Get well soon, Jo Jo.