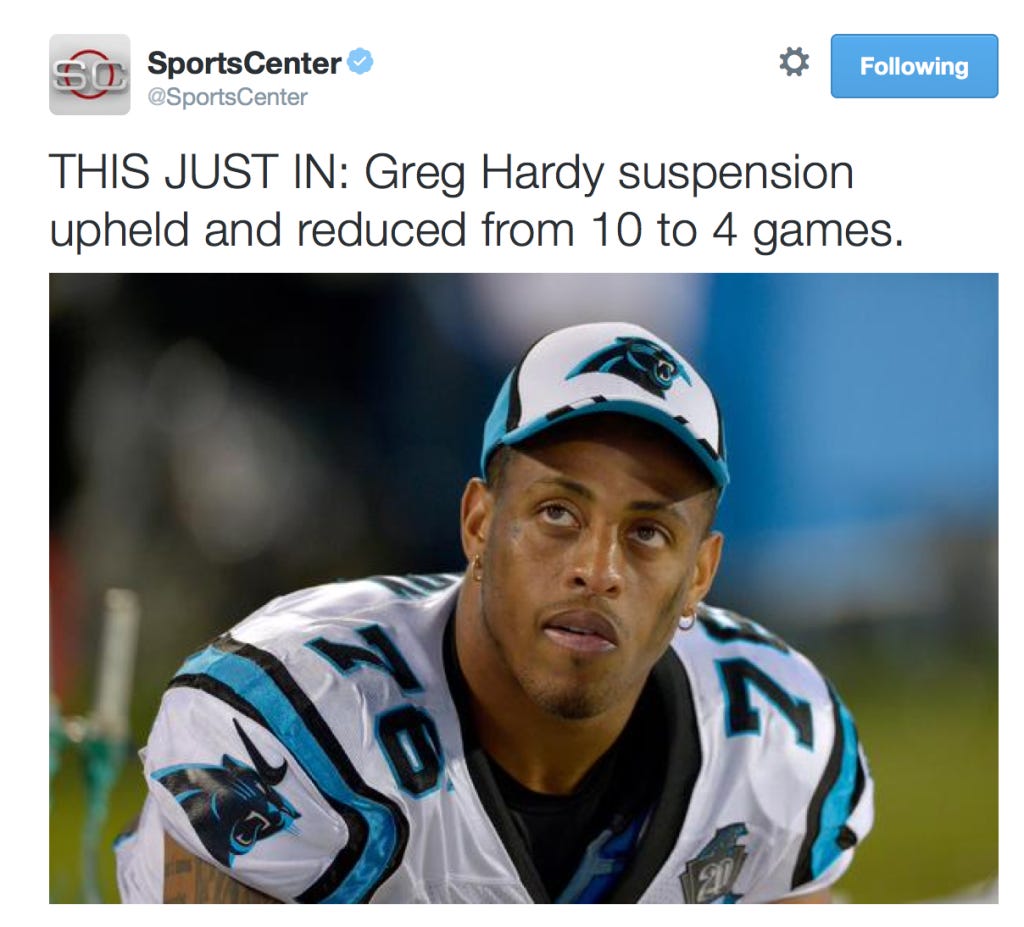 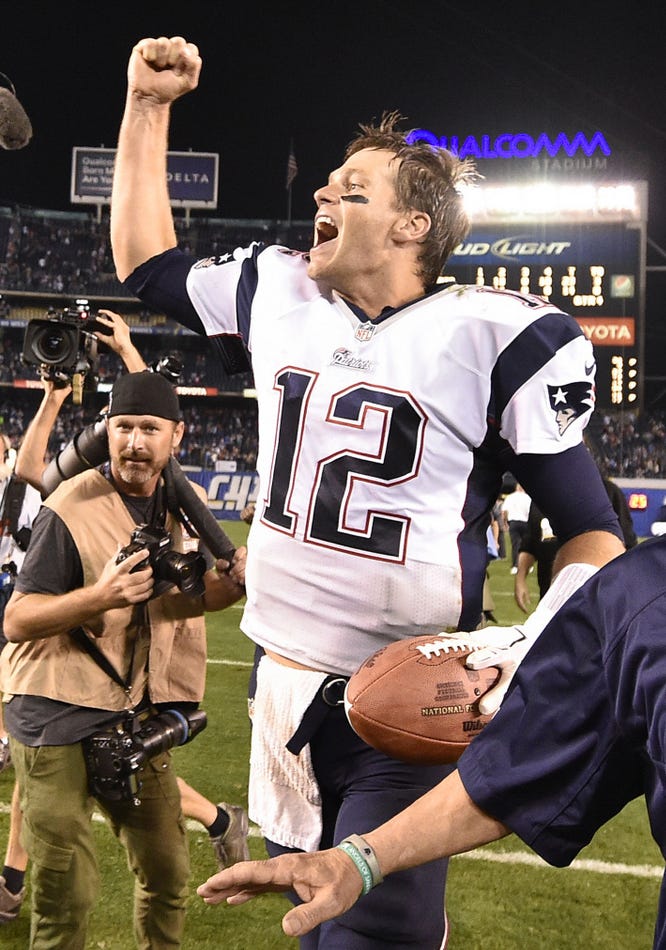 So I guess Brady’s penalty has been reduced to zero games and he’ll also get 3 free slaps to Goodell’s face along with daily edible arrangements from the league for the ridiculous ordeal they put him through? That’s what has to happen. That’s the only fair play here. You can’t knock 6 games off for throwing your coked up girlfriend on a pile of AK47s then choking her out then leave one single second on a suspension over unproven missing air. I mean, I get that they’re very different accusations but I don’t care. If you knock off 6 games for Greg Hardy you better be damn well prepared to knock 4 off for Tom Brady. Don’t know why they even bothered wasting the time, should’ve just announced Brady’s zero games today.

PS – You really gotta love that the whole world knows the NFL will be releasing any news that they know will piss everyone off on Friday afternoons, and the NFL still keeps doing it. It’s a hell of a fastball they keep throwing and daring us to do something about it.