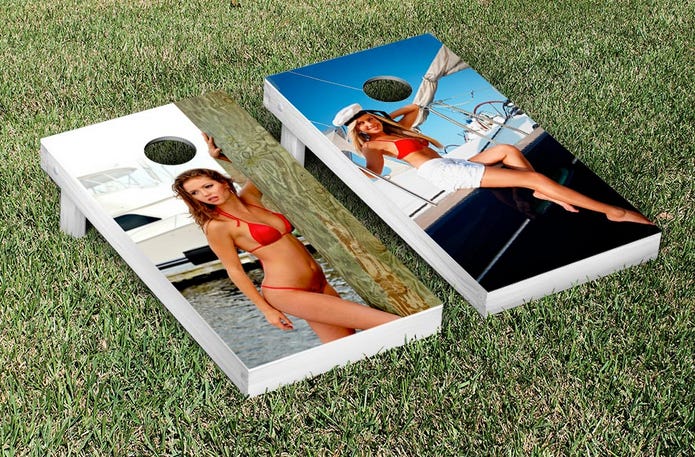 WBIR - It’s a championship weekend in Knoxville! The ACO World Championships of Cornhole is bringing the best bag tossers in the world to the city to compete at the Knoxville Convention Center. On Wednesday, local teams had the opportunity to show off their skills during what’s called the World Slyder Cup. The event is a team competition of up to seven players and a non-playing team captain. The World Slyder Cup is designed to promote team building and employee bonding, networking among local businesses, give participants the chance to compete and watch some of the best cornhole players in the world, support the city and have fun. Teams competed for a $3,000 prize purse. Prizes included $1,500 for first place; $1,000 for second place; and $500 for third place. ESPN’s SportsCenter will be in town Saturday, July 11, and will air the show on ESPN2 from 9 a.m. to noon during the cornhole championships.

Well, it’s time to start training. I see no reason that if I train year around I can’t be one of the best cornhole players in the world. I already am pretty good, so with a little fine tuning I should be able to make a deep run in this thing. Make it a beach games olympics with Kan Jam and Polish Horsehoes and I’m a heavy favorite for the Gold medal. I suck at most athletic things, but if the game involves holding a beer in one hand while playing it, I excel. And now add in the fact that if I train for this I will have the chance to be on ESPN The Ocho…no wait, SportsCenter and ESPN2 will both be there. We’ve made it, folks. Us unathletic idiots have made it. First it was poker, then video games, and now Cornhole. ESPN’s only mistake is not putting this on in prime time. Nobody is awake at 9am on a Saturday. Throw this on in prime time and the internet will explode. Worked for poker, worked for video games, now it’s cornhole’s time to shine.