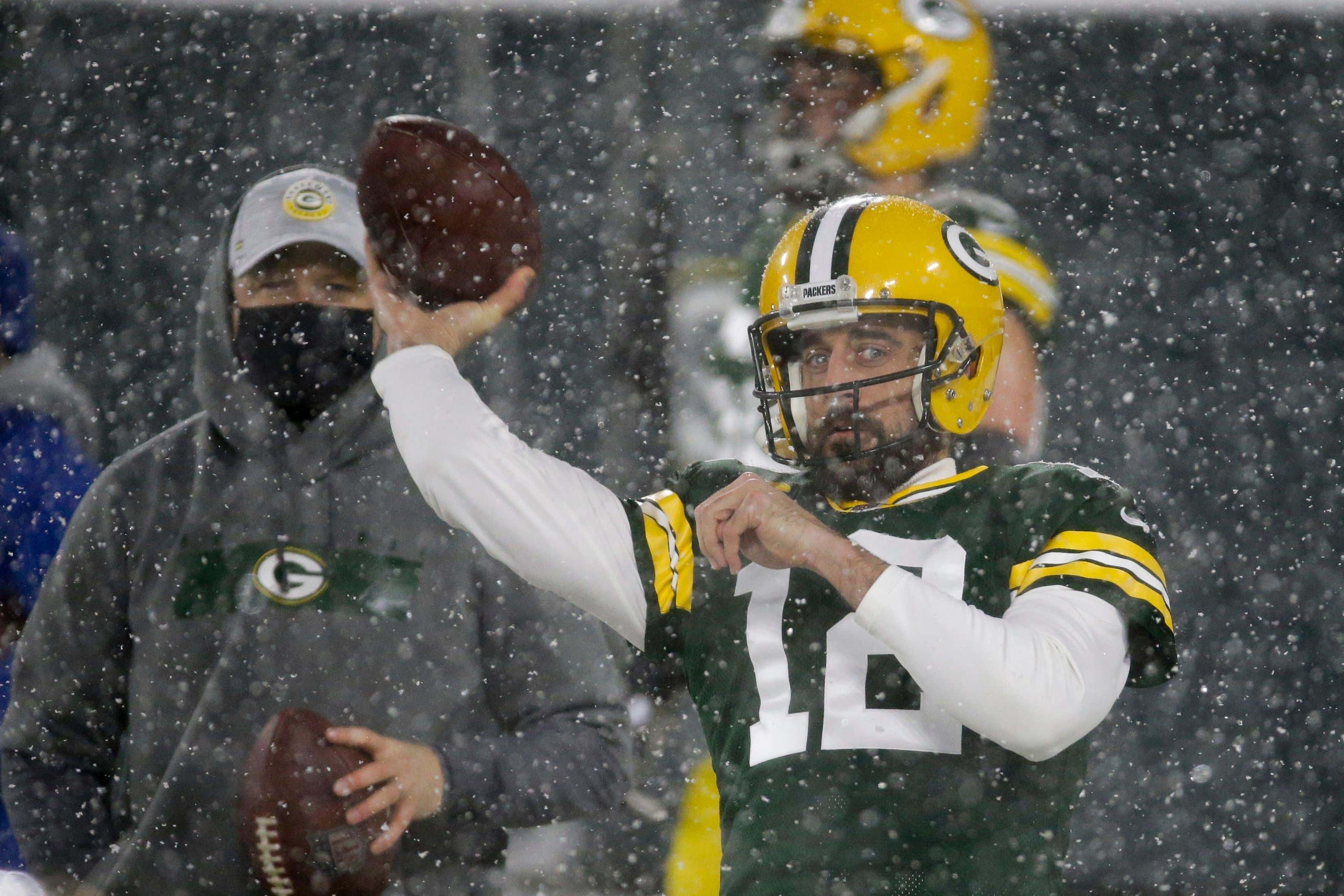 I don't know if Aaron Rodgers is throwing the ball to Davante Adams in this picture, but based on the smile that's half a second away from spreading straight across his face, I'm gonna go ahead and say he is because only 17 can bring that kind of pure joy to Rodgers before the ball even leaves his hands.

My God. Maybe he was still running high off of that Christmas magic, but damn, Davante Adams was on one tonight!

I can't think of a new, clever way to say this because I've said it so many times before, so I'm not going to get fancy, I'm just going to say it: Aaron Rodgers to Davante Adams is fucking BEAUTIFUL. We could all be so lucky to find someone we blindly trust, who gets us, who makes us better the way these two do. That kind of magic can't be forced or created; that kind of Rodgers-to-Jordy magic is either there or it's not.

Knowing that, it's absolutely mind-boggling why any defense would ever even consider leaving Adams slightly open, much less completely deserted in the end zone.

That's the kind of spectacular footballing that puts a smile on my face and makes me believe in the good in mankind because it's just so damn adorable. Here we have the greatest duo in the National Football League and you're just gonna leave one half of that duo all alone in the one place on the entire field you really don't want him to be?!! "F" for effort and "A" for adorable!

Honestly though, who can blame the Titans? By that point, Davante already had a diving touchdown, a stunning over-the-shoulder 20+ yard td, and about a million ridiculous catches - what was the point in even trying anymore? Stop wasting your time fighting the inevitable, save your men for next week, and focus on getting into the playoffs; the king has already been crowned.

And so has the MVP.