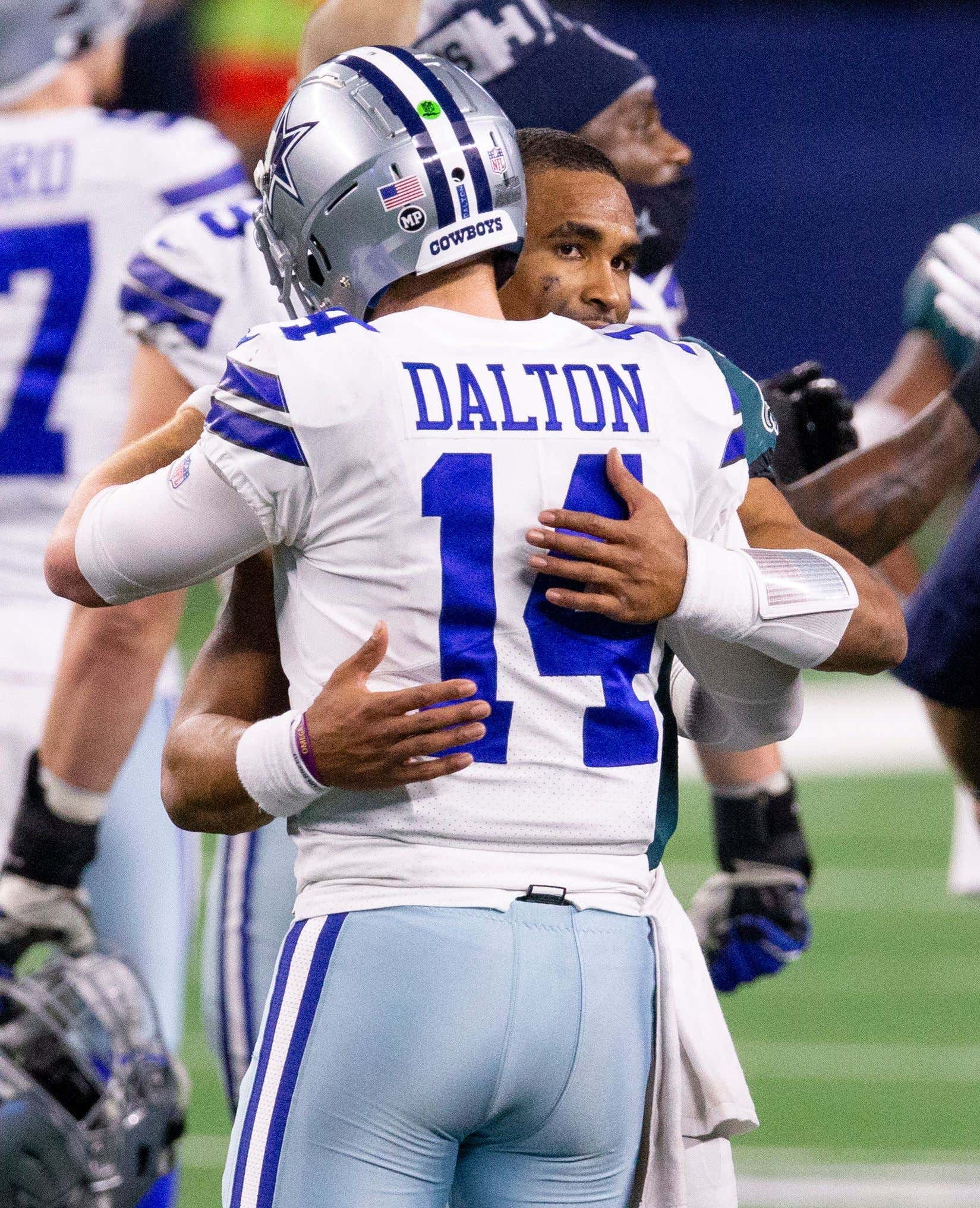 Isn’t it nice when a plan comes together?

Everything played out a lot like I thought it would in my mind -- right down to the trash vomit WFT shitting the bed and putting in an all time choke job performance against Carolina.

We still in this.

I cannot believe I just wrote these words. The Dallas Fucking Cowboys, America’s Team -- JESUS’ TEAM -- is one game away from winning the NFC East and hosting a playoff game. WIth 7 wins.

This is not a drill.

How fucked up is this? It’s got Skip posting tweets of him dancing that will SCAR YOUR SOUL.

Guess what motherfuckers? The Dallas Cowboys are your nightmare. A 7 win team going into the playoffs hot as balls … and might just fuck around and win a playoff game.

Now before you say I’m prematurely shooting my wad (a problem I’m sure most of you are familiar with), I will admit, it would be a VERY Dallas Cowboys thing to shit the bed in the final game of the season OR for WFB to fuck around and beat the Eagles with their backup’s backup and snake us at the close of the bell.

Yep. I know that’s a possibility. But that’s a whole week away isn’t it?

The Playoff Scenario just got a WHOLE lot easier now that we just ran the bus over the ghost of Carson Wentz (and Desean Jackson), and then for good measure had CeeDee rub his nuts all over the dead body.

Pretty simple. WFT loses (which they 100% will), the winner of the Giants/Cowboys game is in.

What is encouraging about today’s game going into the final week of the season and perhaps into the playoffs? The offensive line is actually giving Andy Dalton a little time to make deep throws. Zeke is looking fresh. Gallup is picking on weak DBs going OFF. Amari is making big boy catches and turning on the jets. Ceedee continuing to ascend.

And that much maligned Cowboys defense? GUESS WHAT. 10 takeaways in the past 3 games. TEN. Like 3.3 per game average.

And that’s with missing a quarter of their defensive starters for this game. I barely even recognize this team from mid-season.

And even though Mikey Mac STILL can’t figure out fourth down, at least this motherfucker can make a GREAT cheeseburger reference.

Double double indeed, Mikey. Go grab you one. Maybe three. You deserve it.

The Dallas Cowboys are one game away from the playoffs, and my mind can barely even wrap itself around writing that sentence.

Up next, Giants and pray for a Philly win against Heinicke and them.

Let’s fucking win the division, make some noise and worry about our draft position later.

PS this is the second game that Mikey Mac has won a game after smashing a watermelon, so there is that.