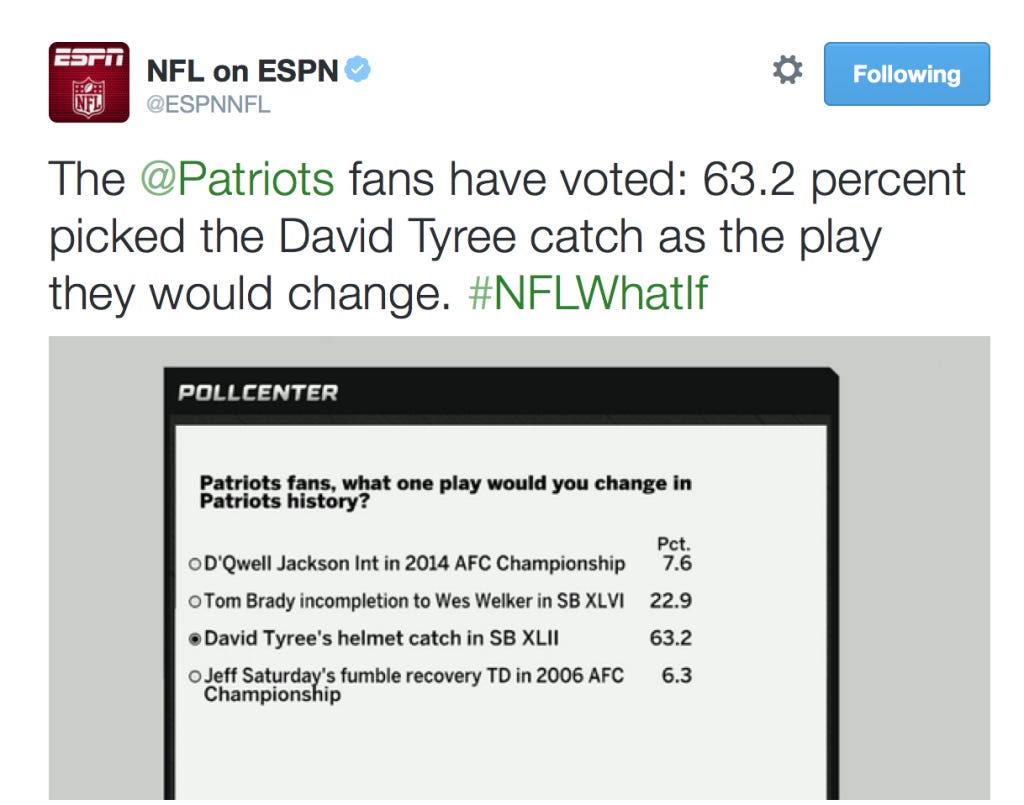 Who the fuck are these idiots voting? 63% would change the Tyree catch? That’s it? Are you fucking kidding me? That shouldn’t even be a landslide victory for that play, it should be unanimous. David Tyree’s helmet catch was the single worst moment of my life. I’ve had family members die, I’ve had friends die, nothing was worse than David Tyree pinning that ball to his helmet. Never again have I felt that pit in my stomach. Never before had I just wandered the streets of Tallahassee with a case of beer in one hand and a bottle of whiskey, trying to dull the pain. It was the worst thing that has ever happened to me. Call it a first world problem, call it a white person problem, call it whatever you want: the worst moment of my life was a crazy Christian catching a football. The fact that 37% of people disrespect that like this is absolutely mind boggling. People often say that there should be IQ tests before you’re allowed to vote for public office and I’ve always agreed with them, well now I think there should be IQ tests before you’re allowed to vote on ESPN polls. The IQ test is this exact poll. If you vote for anything but Tyree then your vote is disallowed and someone shows up at your house to bash your head in.