This is absolutely ridiculous. What do you mean they will be out against the Jets? How are we still playing the Jets......? We're down our 4 top receivers and two linebackers due to covid? The NFL absolutely has to delay this game. I DEMAND IT. Roger Goodell, if you have one ounce of integrity in your entire body, you need to cancel this game.

But Adam Schefter, a member of the crooked media that is always biased against Cleveland, disagrees:

Adam Schefter, respectfully shut up. You're really going to include the Ravens on this list? Let's not forget that the Ravens game was pushed back no less than one million times to accommodate them. Oh wait, it's only important when it helps the league darling, Lamar Jackson? This is unequal treatment and I hope someone with a backbone in the league office makes this right by tomorrow. Forget whatever the Broncos and Lions had to do. They have no shot at the playoffs whatsoever, so that part is irrelevant. You CANNOT make the Browns play tomorrow with 0 receivers. Thank god we have about 10 active Tight Ends, but are you really going to make us head into a must win game without receivers?

I know it's Week 16 and I know there's not really anywhere to move it, but you have to figure this out. Get creative or just make the Jets forfeit. My god, is this not as Cleveland Brownsian as it gets? We're finally on the verge of making the playoffs for the first time in a million years, and our entire team gets contact traced the evening before we play a 1-14 team. This is PEAK Cleveland Browns football. The best news here is that the Jets don't want to win either. This is going to be like that Southpark episode where both teams are trying to lose. Except the Browns just don't have any recievers.....and the Jets are literally trying to lose.

Ugh, Roger Goodell needs to step up and do the right thing here. But if he doesn't, hey Kevin Stefanski: 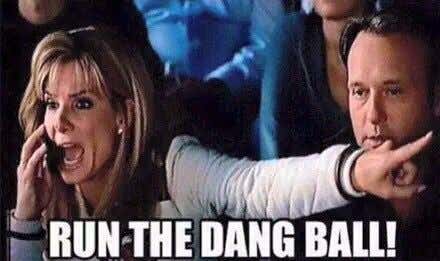