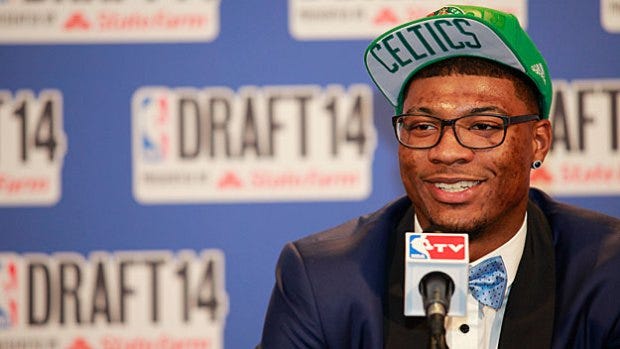 Well would you look at that, finally a win! What a way to end the Utah Summer League. Let’s jump right in…

In Game 2, the Celtics decided to sit Marcus Smart because it was a back to back. They played terrible and got killed. In Game 3, Marcus returned to the starting lineup, shit he even beat the team there. Least surprising news ever, things went a bit different.

The story of the Celtics time in Utah for me, without a doubt, is the progress of Marcus Smart. Throw his numbers out (24pts 4.5 reb 7.5 asts 2.5 stls 1.0 blk) because he is playing against mostly D-League hopefuls. He has clearly taken it upon himself to establish more of a leadership role. He is by FAR the best player on this summer squad, and he has risen to the challenge. Even Wonder Boy Brad Stevens conceded his impact after their loss the other night. I think it is safe to say that his development is rather important for the future of this team, and it’s impossible to not like what you’ve seen.

More importantly, it’s not just his offense. I said it a few days ago and I’ll say it again. His defense is going to make a major impact this year.

Thankfully last night, Marcus didn’t have to do it alone. Terry “will be the greatest 16th pick of all time” Rozier also had himself a pretty solid Utah league. The finale would be his finest showing, this time from deep. In fact, after shooting something like 20% from 3 the previous two games, the Celtics would end up 12-20 last night. Rozier has definitely shown flashes, and maybe now we see, why Danny took him where he did.

It should also be mentioned that we finally saw RJ Hunter. Maybe the most shocking thing about these three games (other than James Young’s no show) has been Hunter’s inability to shoot. You know since thats’s why he was drafted. He broke out of his slump and finished with 18 pts and 4 threes, and as you can see he shot the ball with confidence which was great.

Finally, I forgot to mention him in the last blog, but Jordan Mickey had himself a pretty decent trip. We saw his strong play in the pick and roll, and he responded well after a poor Game 2 with 9 pts and 9 reb. An interesting prospect, I am curious to see how he plays the rest of the summer.

With that it’s off to Vegas, first game on Saturday night. Let’s just hope we don’t hear any news about someone getting stabbed down in Fremont.

Completely unrelated but fuck Woj. I’m sure most of you saw this Tweet from Sully yesterday

Well anyone who knows anything clearly knows this means Boogie is coming to town. So naturally you would think Woj is about to drop a Woj bomb announcing it….nothing came. As I sat at work I was losing it, so I politely reached out

Still, nothing came. Then I started to notice people RT Woj tweets and yet I couldn’t see them, only to find out 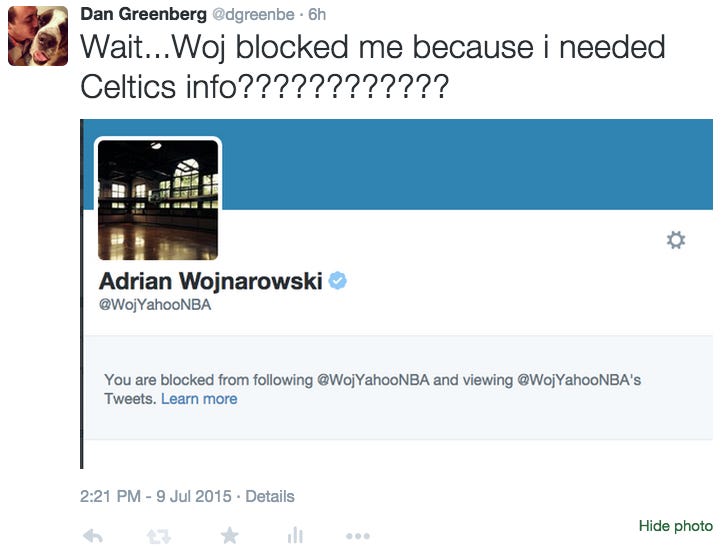 Jesus guy don’t be such a pussy. It’s OK to say you don’t have any news yet. Fortunately, not only is FA almost over, but literally every person immediately RT’s whatever he tweets so really the joke is on him. Boom roasted.