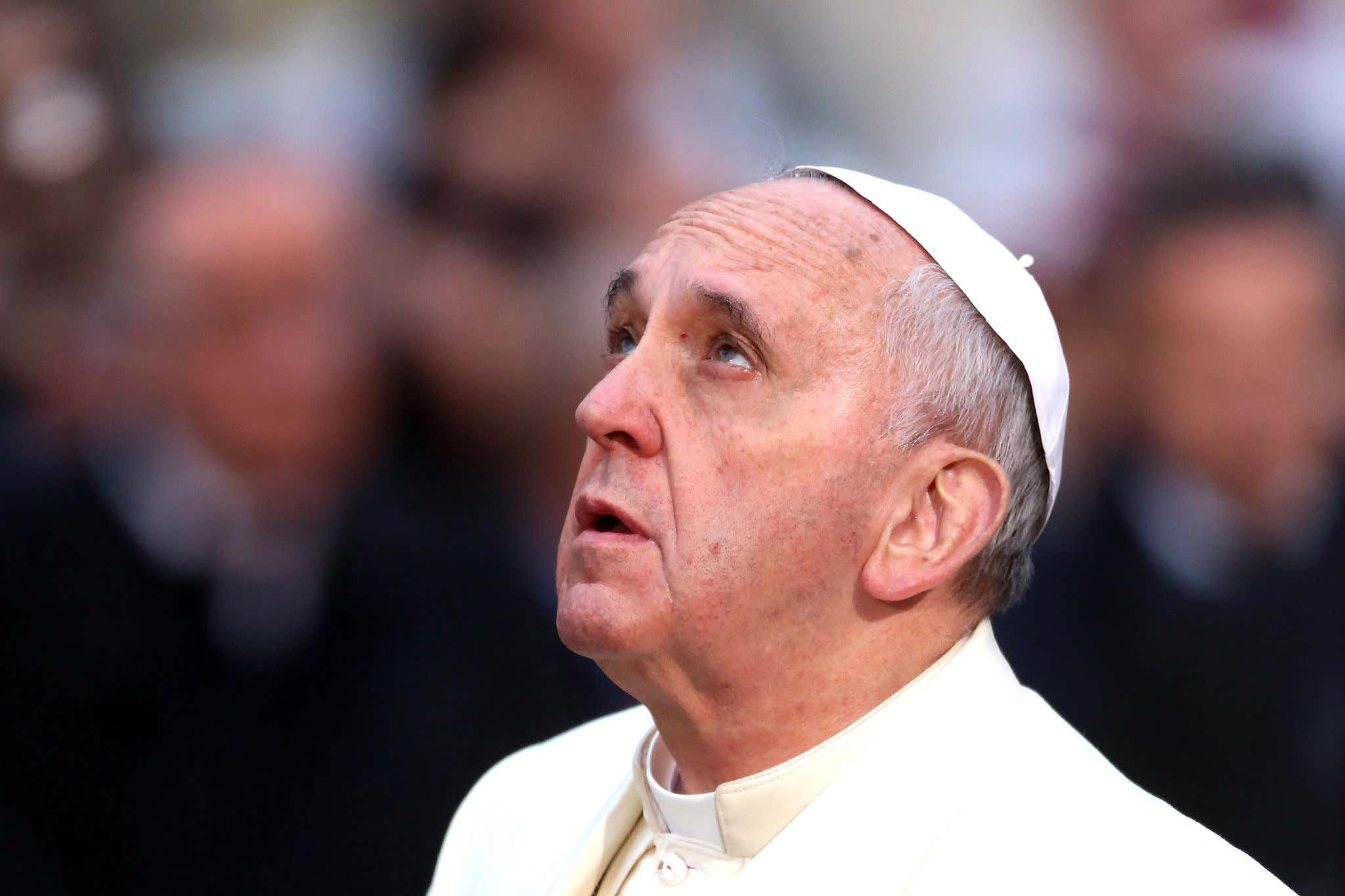 You'd think that being the Pope is like working retail, the travel industry, hospitality or delivery services. That this would be your busiest time of the year. Masses to celebrate. Holy sites to visit. Scripture to read. Messages to deliver to your faithful. That you're basically Santa Claus, it's all out from now until the 26th and then you can take a breather and sit out the rest of the year in your favorite ass grooves on the sofa you haven't sunk into in weeks.

But not Francis. Not the Cool Pope. He's somehow found the time to get back on the 'Gram and search those models he likes to "Like" so much.

No sooner had the story died down from the last time he did it: 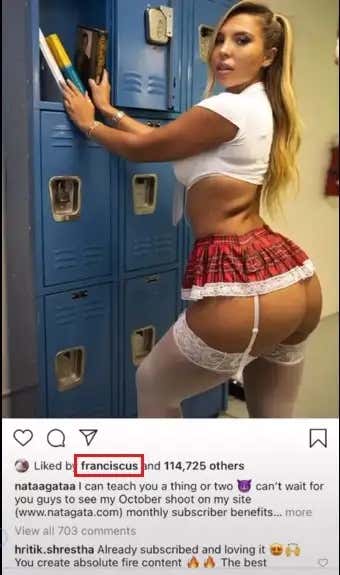 … than he's apparently at it again. This time with another young IG model who goes by the name Margot Foxx. Who seems just as thrilled by the Holy See's attention as his last crush, Natalia Garibotto was.

And if that last post of Margot's sounds familiar, yes, you probably have heard it before:

Isn't that exactly what a pontiff's job should be? Saving people from lives of sin? Getting fallen souls into the kingdom of heaven? Spreading joy year round but especially during the holiday season?

Sure, the Vatican will no doubt spin this as a mistake, or blaming Instagram, just like they did the last time.

But they can forget it. One time might have been a glitch. A second time is a pattern. And it's just too much of a coincidence that he'd Like these two. Because it's not hard to look at Natalia and the below-the-neck parts of Margot and see that His Holiness has a very, very definite type. And it's hard to blame him for it. God knows the church has done a lot worse things than be run by a guy who loves his ladies thicc. And there's no sin in that.

Merry Christmas, Your Holiness. And happy hunting. On behalf of the faithful, we can't wait to see who you discover next.