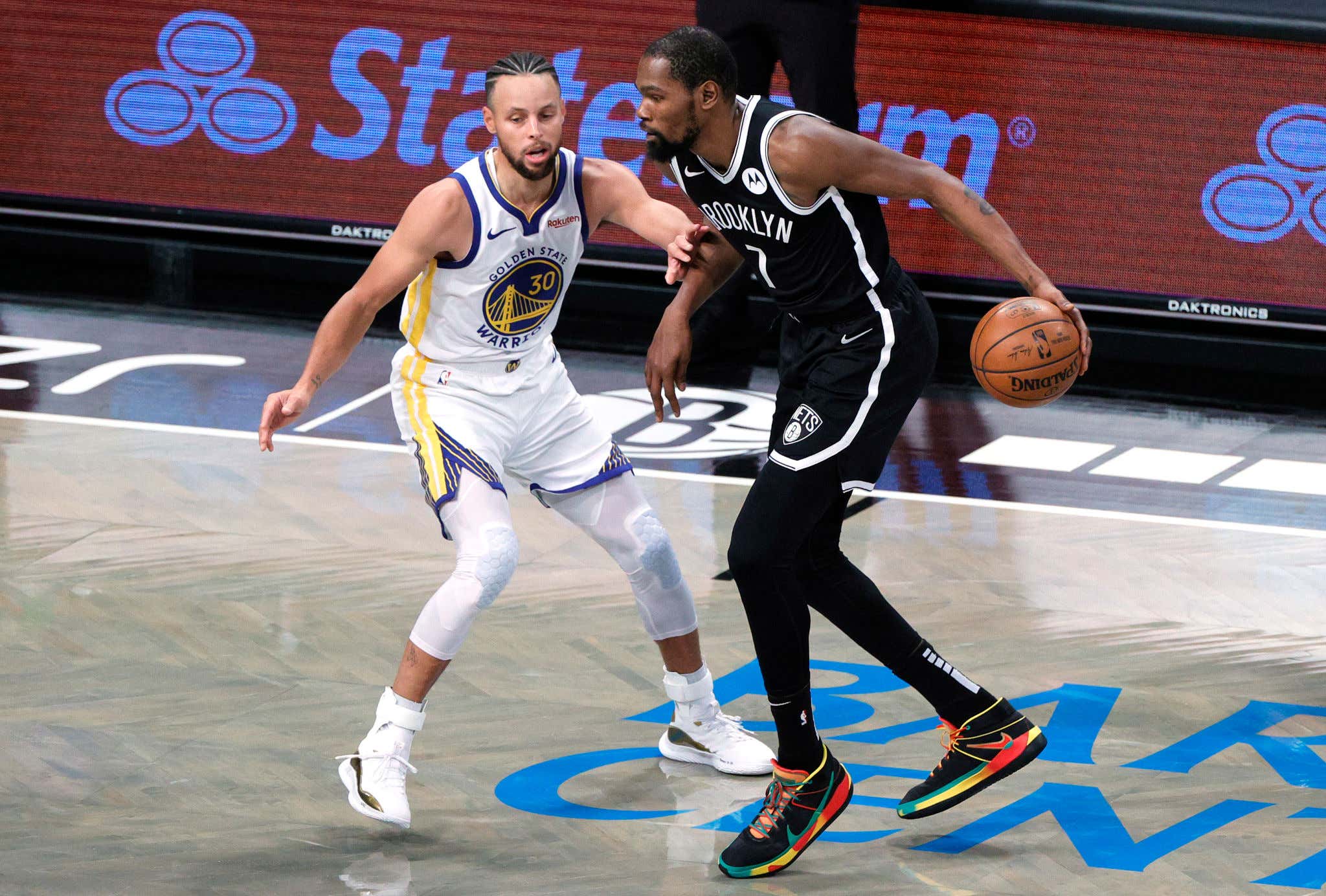 Heading into the season I think pretty much everyone was excited to see what Kevin Durant would look like. It's maybe the biggest swing factor in the entire NBA when you think about it. If KD was the same old KD we've been watching dominate the NBA offensively for years now, it completely changes what the Nets ceiling ultimately can be. Steve Nash said he was somewhere in the 90%s in terms of being that guy. I call bullshit. This is 100% of the old Kevin Durant

As a basketball fan, this makes me very very happy. Watching Kevin Durant play basketball is one of the best ways to enjoy the sport. We're talking about a generational all time scorer. The fact that he looks like the injury never even happened is what I would call the best case scenario. Part of it is the mental hurdle you have to get over, and it doesn't look like Durant is worried about a damn thing.

What we saw tonight was what every Nets fan has been dreaming about all offseason. You could say that maybe the Warriors are once again destined for the lottery and this blowout was inevitable. That's certainly possible, but give the Nets their credit. They moved the ball, they played with great energy, they protected the rim, the supporting cast made their open threes, and then Kyrie and KD went nuclear. I mean they kicked the shit out of Golden State right from the opening tip. What makes this version of the Nets such a handful is the fact that even in the non KD/Kyrie minutes they have the depth to hang with anyone. Then you add in those two guys who at their peak are legit unguardable and that's how these blowouts happen. What exactly do you do as a defense?

It's hard to imagine a better start than what we saw in this debut if you're the Nets. They are showing no signs of a slow start and if healthy, this team is going to blow a lot of teams out. Just remember, they are only going to get better once these guys actually play with each other.

I'm just happy KD is himself though. That achilles injury is not kind to guys in their 30s in the NBA, and if it stays this way well then the Nets become pretty goddamn terrifying.