I was very wrong last week like a big ol' dummy. The only positive is that it took 15 weeks before truly shitting the bed. No excuses, just gotta be better.

Action has cooled on this Over since yesterday's development that Cleveland's top four receivers were placed on the COVID-19 reserve, but I'm still buying.

I hit on this back in November so I'll keep it short: the Browns defense is below-average against both the run and pass, and that includes a month of nearly unplayable weather conditions for opposing offenses. This defense can surrender 20+ to any team in decent weather, and as we saw last week, the Jets offense hasn't quit.

Jets management had a solid strategy of "let Adam Gase be Adam Gase" to win the Trevor Lawrence sweepstakes, but Gase and Darnold pulled a Major League and gave them all a nice shit-burger to eat. In his team's win over the Rams last week, it wasn't surprising that Gase came with a solid opening game script (the Jets have scored first in the majority of their games this season), but it was shocking that he uncharacteristically made in-game adjustments to keep the foot on the gas. Adam Gase knows he's gone and Sam Darnold has zero interest in expediting his replacement, so it's full steam ahead to close out this season.

The story of the Jets D is that they are helpless against the pass but they can stop the run. Well, until now. They lost their #1 run-stuffer in DT Quinnen Williams last week (he stopped on his walk back to the locker room and I thought he had decided to fight his way back into the game but then he puked because he was severely concussed), so Cleveland will have their choice of how they want to beat up on the Jets today.

Baker will have all day to throw to his new group of no-name receivers because the Jets can't get pressure, especially in the absence of the notorious Dr. Heat... 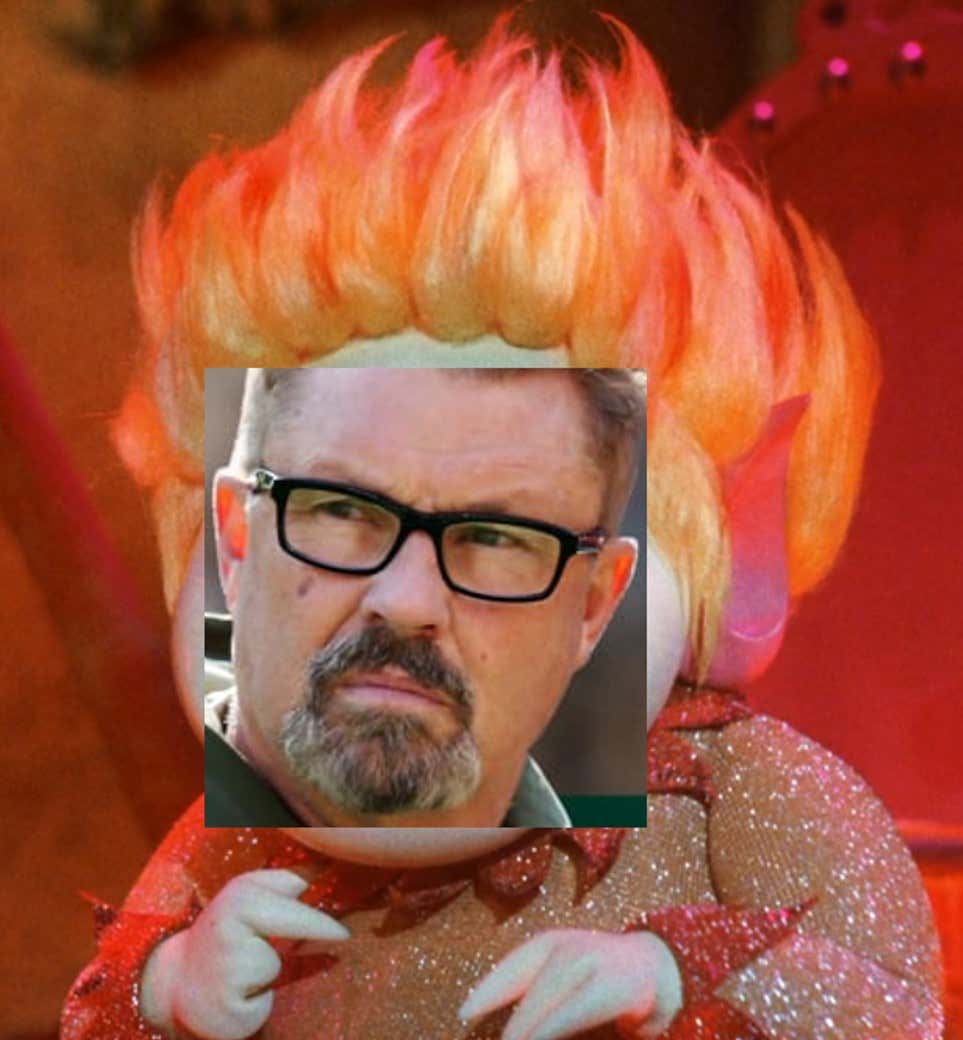 … and Cleveland's insanely explosive run game will have no problems gashing the Jets without their best run defender.

Don't worry about the Cleveland receivers; you and I would be startable fantasy WRs this week against this horrendous Jets pass D. Grab this Over and don't think twice.

The Rams simply didn't show up as a 17.5-point favorite hosting the Jets last week. It was a sandwich spot between a revenge game against the Pats and this pivotal divisional match-up against the Seahawks, and they completely overlooked it. The Rams are a solid team with a great coach, and teams like this bounce back viciously after an embarrassing loss. This isn't like the Steelers losing to the Bengals; L.A. knows who they are while the Steelers are questioning their identity. The Rams know they can win almost any game if they execute. Just buy low here.

Against a Seattle D that is decent against the run but brutal against the pass, this game will fall squarely on Jared Goff, and that's actually a good thing this week. We've heard the "Goff is good until he's pressured" take, and that is mostly true. He can operate an offense at optimal efficiency if everything is going according to plan, but as soon as he gets a hand in his face, his brain explodes. He's like a great actor who can't do improv.

But one nuance is that Goff has become very skilled at diagnosing the blitz. He still shits his pants if any defender gets near him, but he has shown a strong command of McVay's pre-snap motion to understand where the pressure will be coming before it gets to him. The Seahawks pass rush is below-average in pressure rate despite being top-10 in blitz rate, which means that Goff will either not be pressured at all or he'll have an obvious path to beating the pressure. With Goff staying clean, Seattle's weak pass D is about to see a massive step-up in QB competition as compared to recent opponents (Haskins/Darnold/McCoy/Wentz).

Turning to Seattle's offense, they've swung from "let Russ cook" to "pound the rock" this season. Winning four of their last five games in this run-first fashion, the Seahawks have convinced themselves that this is the right approach. It isn't.

Seattle has reverted to the same style of play that resulted in their demise last year: running inefficiently on early downs and relying on Russ to bail them out on 3rd-and-long in obvious passing scenarios. They've gotten wins this way, but that's more of an indictment of the recent level of competition than it is a credit to the offensive game script. This has lulled the Seahawks into a false sense of security, and the Rams' top-5 defense is about to give them a reality check. Knowing that Jalen Ramsey will continue to shut down DK Metcalf, let's see how many bail-out throws Russ has in him.

And lastly, let's not forget about the holiday factor, which always favors the away team. Seahawks players and staff had to navigate conversations/arguments with friends and family all week on how to celebrate Christmas in a pandemic while the Rams said "deuces" to their families and got to treat this as a business trip. If you had a big game on deck, would you rather be at home taking care of babies or high as fuck at a hotel sleeping like one?

Grab the Rams in a game that will flip the division and set L.A. on a path of being a legitimate Super Bowl contender.

Alright, best of luck today and let's win back all that Christmas money.