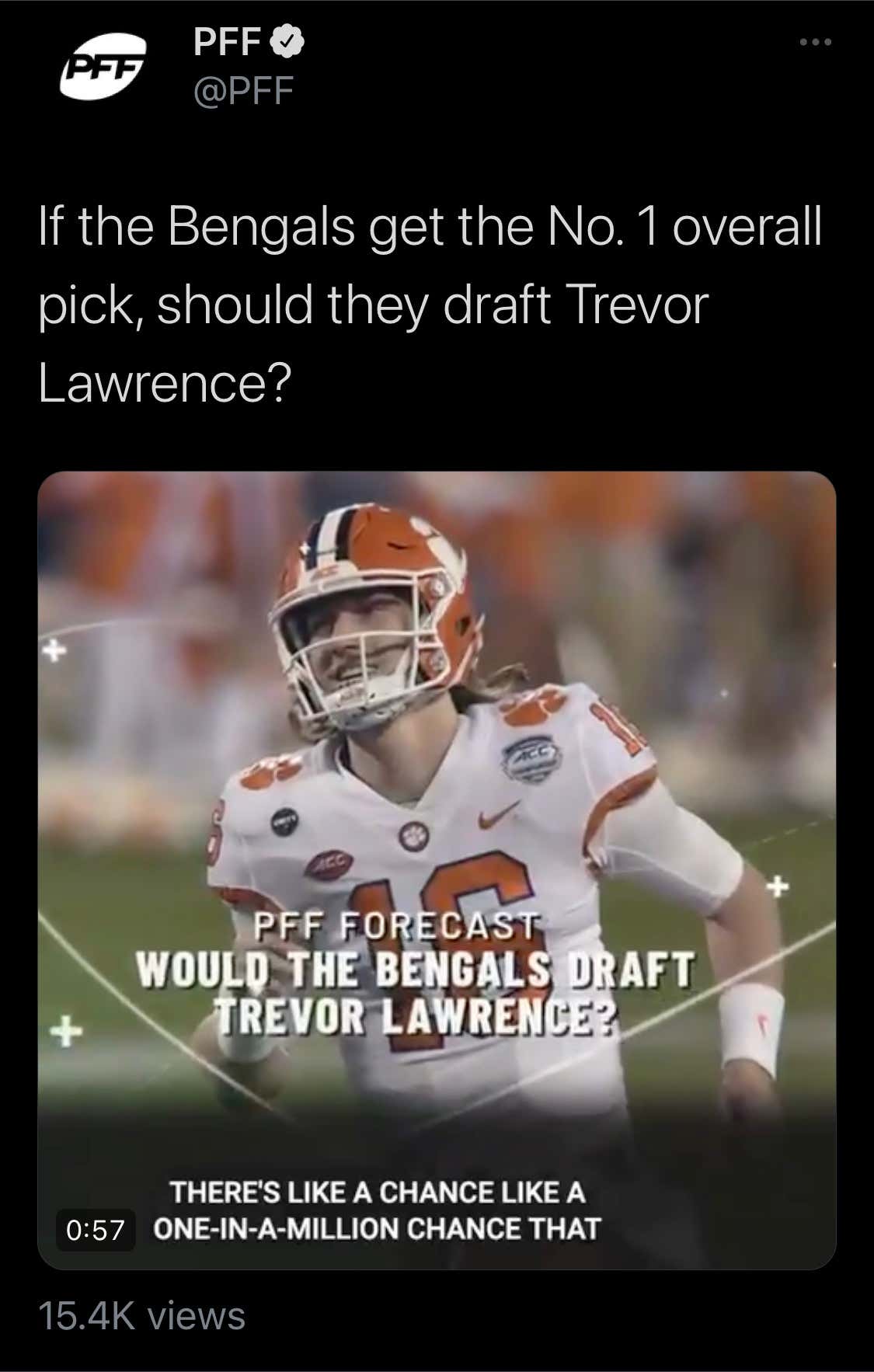 Blogger's Note: This was published last night when the Bengals still had a mathematical chance for the No. 1 pick, but this higher level of thinking must be discussed

Now this is the advanced type of thinking I love to see in 2020! PFF roped me in with its aesthetically pleasing name and their grades that are easy for my brain to compute because they are out of 100. But it is questions like this that tickle the mind that really gets me going. I don't know what the take was in that 57 second video since they deleted the tweet.

It's been almost a FULL YEAR since Joe Burrow completed maybe the greatest college football season ever and outdueled Trevor Lawrence on his way to a National Championship. and Burrow has never made it through a full season in the NFL. Plus let's be honest, the thought of the Bengals drafting a quarterback number 1 every season only to watch something horrific happen to him behind a bad offensive line seems like something that would happen to Bengals fans. Especially if they skipped out on a tackle prospect like this to protect their current QB1 whose body finally gave way after the 1000th brutal hit of the season.

Sorry Jags and Jets fans, but I am now rooting for the Bengals to win the Tank For Trevor Sweepstakes. Not that it matters anyway since I am prety sure the only team that's allowed to draft a quarterback prospect on the level of John Elway, Peyton Manning, and Andrew Luck is the Colts.