So the John Deere Classic starts today.  The big professional golf tournament if you’re from this section of the country.  It’s the tournament Zach Johnson calls his hometown tournament because it’s so close to where he grew up that Iowans flock to TPC Deere Run to watch their guy play.  Steve Stricker has pulled off some theatrics there.  It’s also the place where Jordan Spieth got his first PGA victory a few years back after beating Zach and David Hearn in a playoff.  Some people were confused as to why Spieth would play in such a tournament just a week out from The Open Championship and that’s why.  It holds a special place for him and big time respect to him for honoring his commitment to play despite being the hottest golfer on the planet.  Oh and one more thing, Bill fucking Murray showed up on Wednesday to play in the Pro-Am.  The man, the myth, the legend.  He just makes everything better.  People love him so much that his mere presence makes people happier.  That’s the highest compliment you can give a guy and Bill deserves every bit of it.  Him saying “There’s a handsome woman wearing some Cub gear” was hilarious.

He’s also Mr. Steal Yo Girl.  That chick’s boyfriend would absolutely let Bill Murray fuck his girlfriend because that would be awesome 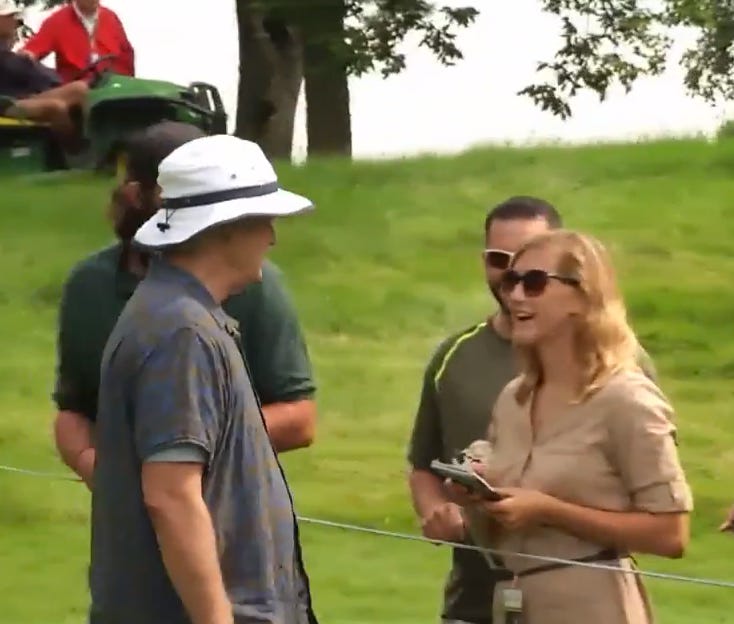