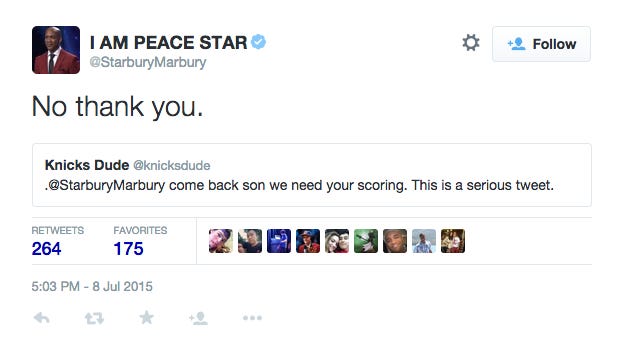 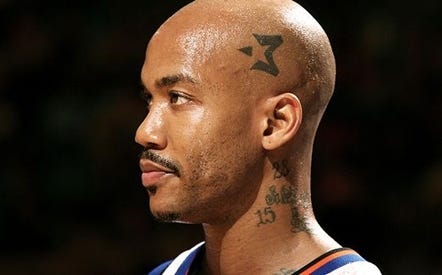 Lost in the countless emoji tweets and Twitter jokes of the magical day of 7/8/15, Starbury dropped this little nugget all over the faces of Knicks fans.  It hasn’t exactly been the most successful offseason for the Knickerbockers franchise and that was before Starbury gently Ether’d them into bolivian with three words.

If you are Marbury, you are basically telling us that you would rather play in Chinese smog than in America.  Sure he has gone full Artest by naming himself I AM PEACE STAR on Twitter and has a history of acting strange/eating Vaseline.  But Jesus, Steph.  Tickle our balls a little and say that you would rather be in the states growing fat off of Jim Dolan’s incompetence over living in a country that probably doesn’t have Google or Twitter.  It just seems insane to me.  Then again, someone who has his fucking shoe logo tattooed onto the side of his head may not be playing with a full deck.  With Jeremy Lin signing with the Hornets last night and Steph turning us down, I guess the only realistic options for former Knicks point guards to return home are Doughy Raymond Felton and Bum Ass Chris Duhon.  Man the Knicks have had a shitty run at the point since Derek Harper left.

By the way, the Twitter handle for Starbury shoes may be the saddest thing I have ever seen on Twitter.  168 followers, three tweets, and all those tweets are pleading to take the merchandise off their hands for basically free. 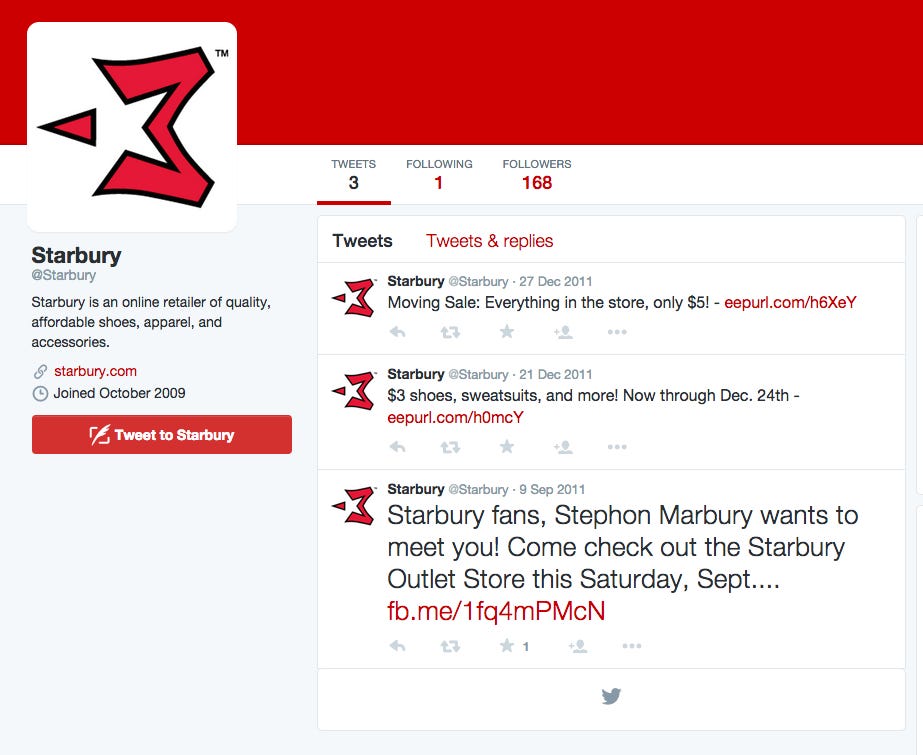 And the Knicks announced their signings of Arron Aflalo, Robin Lopez, and Derrick Williams today.  That couch looks very familiar.  I wonder if Dolan is making those internet dollars in another realm of entertainment… 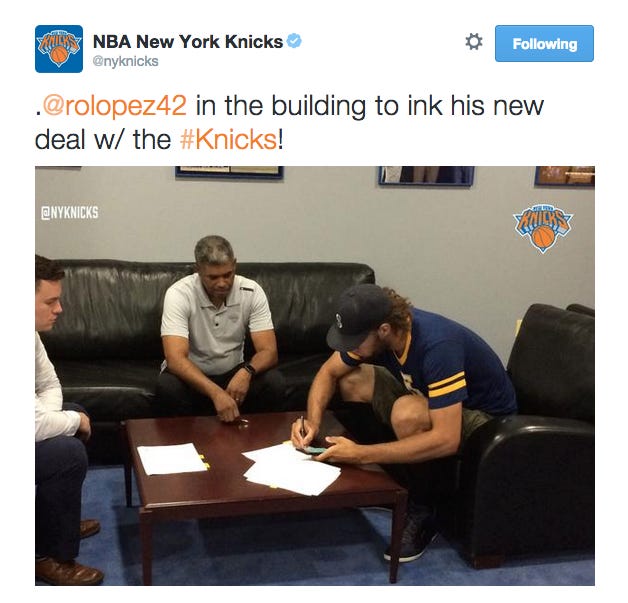 A quick look at the Knicks furniture shopping list:

3. Back surgeries for every incoming free agent.