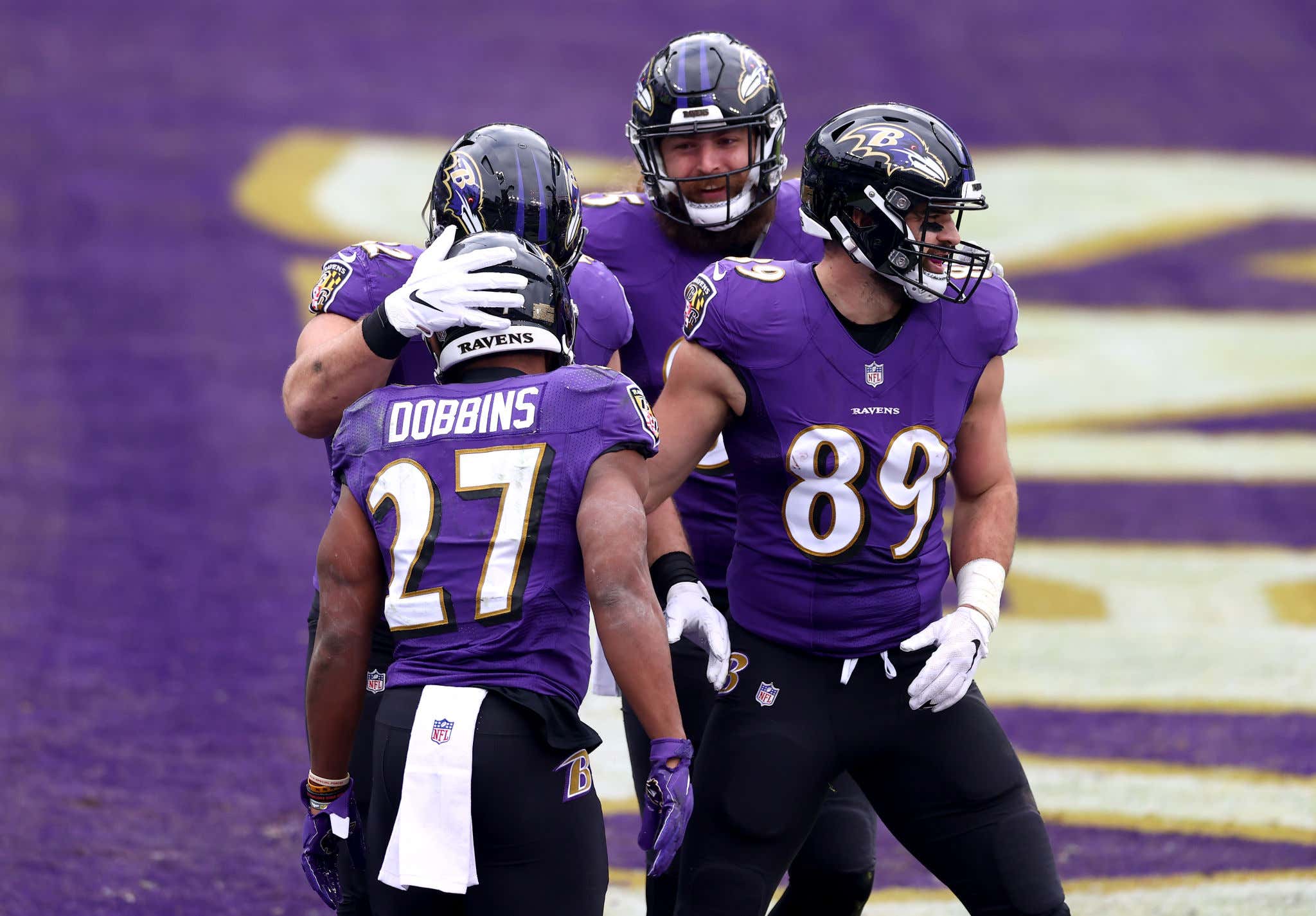 Well that was easy. Not that it wasn't expected to be, but there were some reasons to think that the Ravens weren't just going to roll over the Jaguars today. They've had cornerbacks dropping like flies and declared Marcus Peters out this morning. With that said the Ravens held the upper hand in nearly every other department and it showed today.

After a bit of a shaky start with an opening drive INT, Lamar Jackson played a really fantastic game today. He called it an afternoon with 10 minutes left with a statline of 17/22 for 243 passing yards and 3 TD's. He also really didn't have to use his feet much outside of one 3rd quarter drive that he eventually punched in himself for an additional rushing touchdown. He looked as comfortable in the pocket as I've seen in a while. He did a great job reading through his progressions before hitting Miles Boykin for his first TD of the game.

The rest of the tape shows a really nice performance too. He threw a well placed deep ball with loft to Mark Andrews that Andrews hauled in. Hit Marquise Brown on a deep ball down the sideline too. It was clear that the Jaguars very much subscribed to the "Make Lamar throw" strategy and Lamar made them pay for it. It's a scary thing for the league to consider Lamar might be throwing the football like he did in 2019. That type of play is why he was able to call it an early afternoon and hype up 4th-stringer Tyler Huntley.

In other news, the defense played pretty lights out. Outside of one TD drive where Laviska Shenault and James Robinson made a couple spectacular plays in good coverage and another with the hay in the barn, the Ravens defense dominated the way we hoped they would all season. They were constantly in the backfield, including a safety by Matt Judon on the game's first drive.

With the safety that ended the Browns game, the Ravens notched a safety on consecutive defensive drives. I can't imagine that's something that's seen very often, if ever.

Yannick Ngakoue also broke through in a big way. After constantly being around the QB but never getting home in his first handful of games as a Raven, he finally dragged the QB twice today, including a strip sack in the red zone. Judon is getting back to full strength and Yannick are turning a corner, which (again) could be bad news for the league.

Everybody seemed to be getting in on the fun today. Even Tyre Phillips was able to create a major highlight. He just may have won himself the big man rumble of the year.

One of the most encouraging things was that the Ravens did not commit a penalty until late in the 4th quarter when the game was well in hand. Flags have been a major achilles heel for this team throughout the year, and they're starting to clean it up at the right time. These are the types of things championship football teams do.

This game proved to be a "get right" game in so many ways. The Ravens stayed relatively healthy, they easily won a game that they absolutely could not afford to lose, and they got everybody involved. Keep doing those things and the Ravens will find themselves playing postseason football against a team that wants nothing to do with them. That's a good place to be.