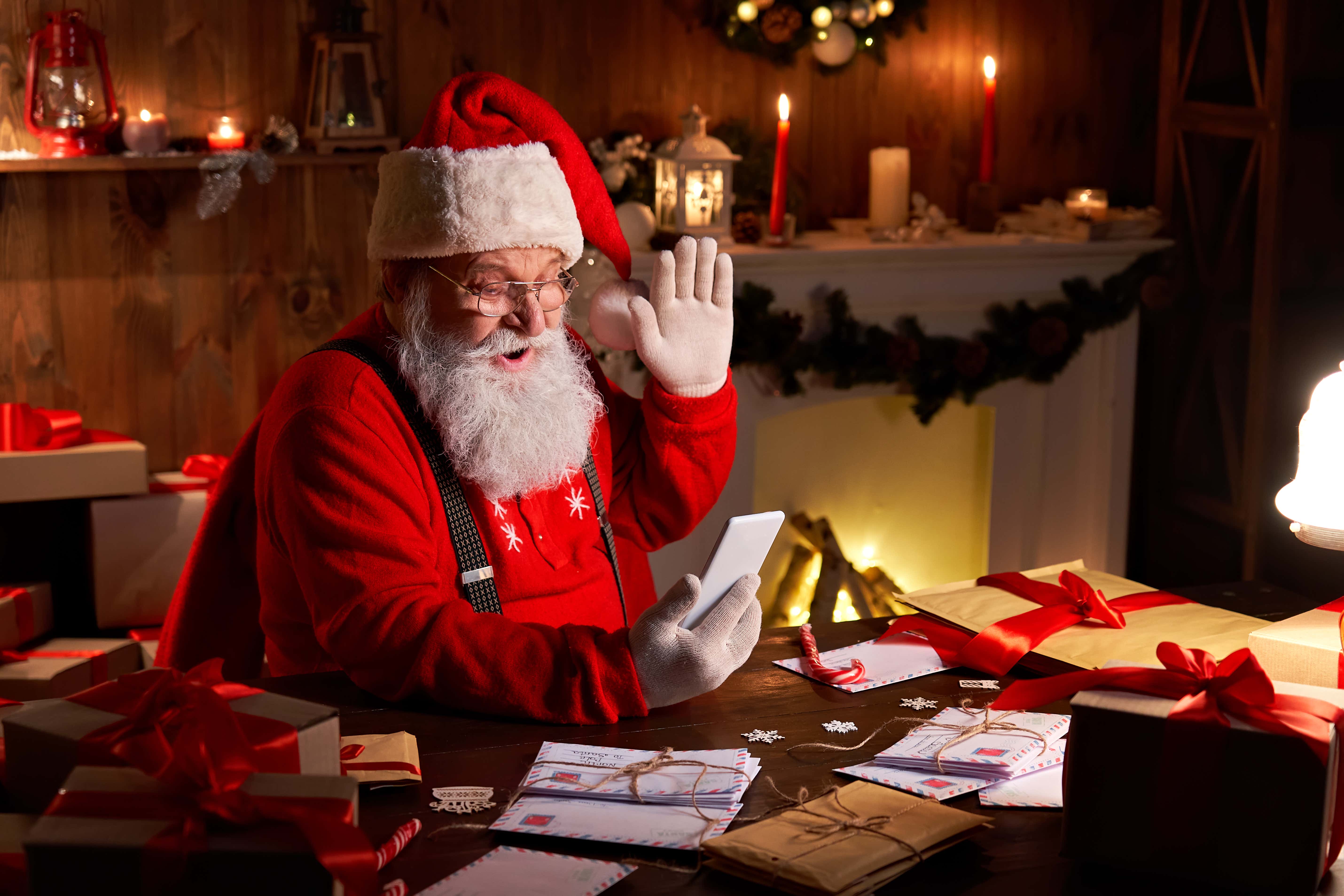 LA Times - Only during the holiday season does Santa become accessible, offering up his lap while he poses for pictures and listens to wish lists. In this pandemic-plagued year, he’s doing his best to maintain a presence at malls, family gatherings and Christmas tree lots, but like the rest of us, he has had to adjust.

Around six or seven years ago, Ed Taylor, one of L.A.'s most famous Santas, began supplementing his in-person Santa work with phone calls and video chats. This year, he added Zoom to the mix and said he had received hundreds of bookings from families around the country and from Japan, Australia, England, Ireland and Poland. …

Zoom Santa is not cheap.

Taylor — who has dressed up as Santa since 2003 and has starred in Chrysler and Kohl’s commercials, appeared on “Jimmy Kimmel Live” and made a cameo in a Gwen Stefani music video — set up a website to tout his virtual-Santa-for-hire services. Prices range from $100 for a 12-minute off-peak call to $750 for a 55-minute Christmas Eve or Christmas Day call. …

How about that 2020 Santa? Get some, Father Christmas! He's out there earnin' and burnin'. Snapping necks and cashing checks. Kapitalist Kringle, cashing right in. Understanding that it takes a lot more than Christmas spirit to power up his Clausometer and keep that sleigh flying. It takes card numbers and Venmo transfers.

And why not? Everybody else is out there hustling. Mining the internet for gold. What's the song terrible Santa from "Rudolph" sings? "I'm the king of jing-a-ling?" Yeah, well let's understand what's causing that jingle, and it ain't sleigh bells. It's coin of the realm. Seemingly everyone from the top talents in the adult film world to NYC paramedics has an OnlyFans account. Kevin from "The Office" makes $1 million a year making 30 second Cameos. Why shouldn't Jolly Ol' St. Nick be getting his soot-stained gloves on some of that cash?

And like a lot of innovations we've developed in the recent past - this year especially - this is a huge upgrade from how we used to do it. No longer will parents have to get dragged out to some superstore or mall. Fight for parking spots that are ankle deep with slush and three miles from the entrance. Wait in interminable lines in the stifling heat of their winter clothes, fighting off Mall Mouth while the kids beg to take off the itchy sweaters grandma bought them for the photos. Only to get to the front and realize "Santa" is still in recovery from his opioid problem. And while he probably hasn't been to a meeting since before Thanksgiving, he hasn't been to a dry cleaner either. And that suit is ripe with his own B.O. and the fecal remnants of a thousand soiled diapers.

Now, all of that is removed, thanks to technology. Granted, I can't imagine Bud & Irene blowing that kind of money on their pride and joy, baby boy Young Balls. Li'l Jerry's Christmas thrills had to come a lot cheaper than whatever 750 bucks was worth back then. But if I could have had this when I my kids were little, I'd have paid Santa's exorbitant rate, saved myself a ton of aggravation and been done with it. They say you can't put a price on a child's magical holiday joy. But they lie. It's $750 and hour.

Not to mention how much more lucrative it is for the Santa's Little Helper industry. Thirty years ago, those guys suffered for their art.

So good for you, Santa Clauses. What's the point of being St. Nick if you can't turn parental guilt into Christmas gold?