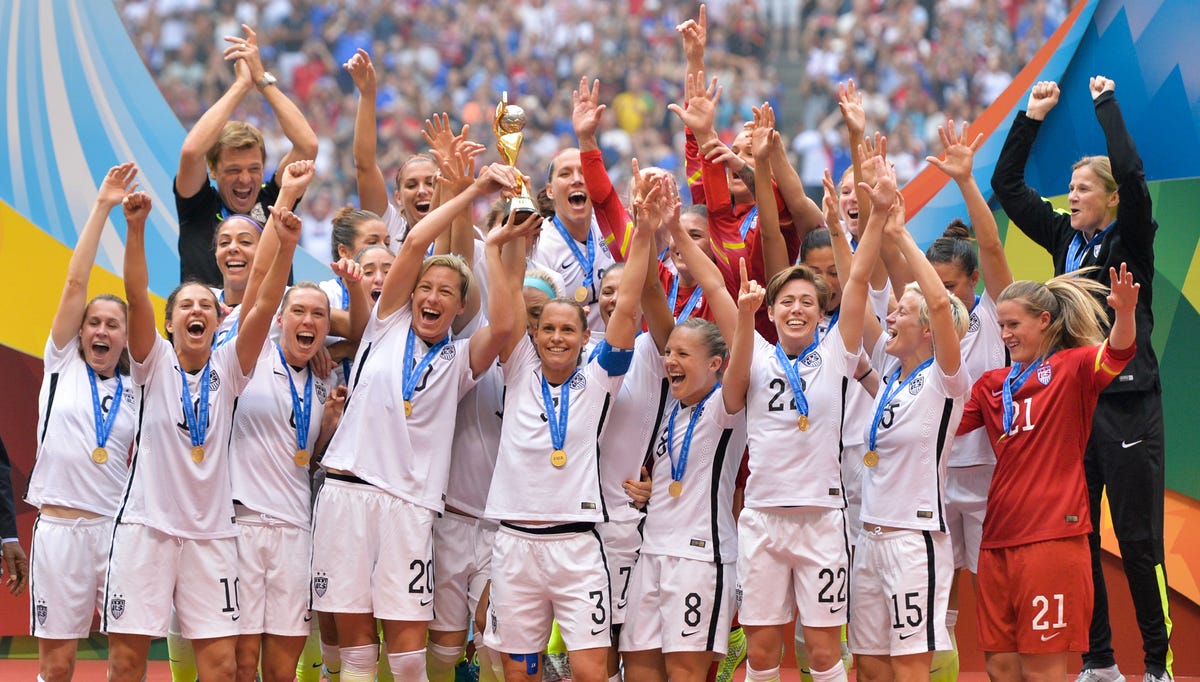 NY Daily News- From the World Cup to the Canyon of Heroes. The U.S. women’s soccer team will be honored with a ticker-tape parade Friday, Mayor de Blasio announced. The storied stretch of Broadway from the Battery to City Hall has hosted dozens of ticker-tape parades over the years, but this week’s will be the first one to celebrate a women’s sports team. “Congrats to @ussoccer_wnt on Sunday’s victory!” de Blasio tweeted. The U.S. beat Japan 5-2, becoming the first team to win the women’s World Cup three times. “Looks like we now are headed to NYC!! Very humbled by this … #thecelebrationcontinues,” Abby Wambach, one of the team’s stars, said on Twitter.

I don’t understand why people are surprised that New York is holding a parade for the USWNT down the Canyon of Heroes.  This is how the United States rolls.  Go out, dominate the world, and then rub it in everyone’s face. You don’t become the best country in the history of the planet by quietly celebrating at the hotel bar after a big win.  And excuse me for this old hot take, but the rest of the Earth is lucky that athletes like Mike Trout, Odell Beckham Jr., and LeBron are all dominating other sports instead of playing on the men’s national soccer team.  Because if they did, these parades would be a birth right for the U.S. every four years.

And of course New York had to be the location for the parade.  Washington D.C. is the nation’s capital.  Boston, as of late, has been the capital of sports championships.  But New York is and will always be the capital of the free world.  It is the center for culture and entertainment despite being overcrowded and rat-infested.  Plus, I am pretty sure this is all just a dress rehearsal for the inevitable Giants parade that comes once every four years during the Eli Manning era.  Here’s to 16 games of above average football followed by an exciting playoff run, an impressive win in Green Bay and a classic Super Bowl victory over the Pats.  God Bless America.

P.S. Even with all that being said, not even I can ignore how lame that gif is.  Come on de Blasio. Put someone other than the summer intern on gif-making duty for a parade celebrating America.