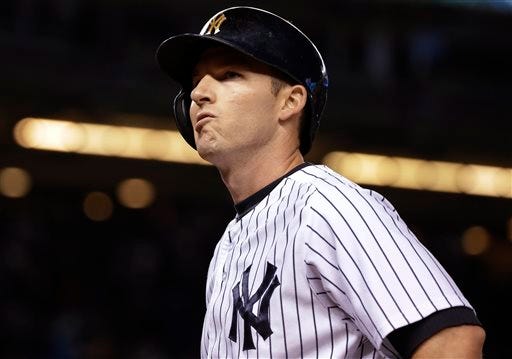 To a certain extent, I respected Girardi standing behind a struggling player and I respected Cashman standing behind his decision to bring back Drew even though he was one of the worst players in baseball last year. As a stubborn person, I get where they were coming from. However, things have gone too far an it’s time to make a move to get Drew off the field.

The biggest arguments against getting rid of Drew is that Refsnyder isn’t ready to play in the big leagues and with 11 home runs, Drew still scares pitchers late in the game. The idea that Drew scares pitchers because he hit a few early season home runs, during a hot streak that wasn’t that hot, and now scares pitchers is ridiculous. Last night we saw plain and simple that if yo give the guy a chance to deliver, he is going to pop out to the catcher, and if he can even find a way to get on base he is going to make a base running error. Plain and simple, there just isn’t any coming back from this. Once you hit a certain point, you are so far in your own head that there is no coming back. That point was about a month ago.

As for Refsnyder, he may not be the ideal person to come up and play at the MLB level right now, but he’s better than Drew. If this kid is anywhere near as good as everyone says he is, then give him a shot or trade him for someone who can play. This may mean throwing him in a package to get a guy like Brandon Phillips as part of a deal for Cueto and as much as we don’t want to trade away our future, we have a chance now. So at the end of the day, if it’s by coming up and making a contribution or getting shipped away, Refsnyder needs to be the solution here because Drew can’t hack it and PIrela with his .203 average aren’t the solution either.

Cutting players isn’t and easy decision but last year we cut Brian Roberts, who was batting .237 on August 1. If Drew got 80 at bats between now and August 1, which he won’t, and got 30 hits in those at bats, which he sure as shit won’t, he would only be batting .225. So while admitting signing Drew was a bad move will be tough, keeping him and throwing away a season will be worse.