[SI] - “I still don’t think Jimmy looks at himself as a good guy,” says Dwyane Wade, the Heat legend who spent a year with Butler in Chicago. “You won’t see a change in him. If you like him? Cool. If you don’t? Cool. Jimmy don’t give a f--- either way.”

Dragic, who said multiple times during the season that he had to calm Butler down because he wanted to fight someone, is acutely aware of his teammate’s soft side as well.

So Butler pestered Dragic, a 12-year veteran, on FaceTime. Dragic was vacationing in his native Slovenia as he mulled his options. Butler wasn’t interested in hearing them. “He said, ‘You better sign with the Heat. If not, I know where you live. I’m going to hunt you down. And I’m going to beat you up,’ ” Dragic recalls with a chuckle.

Just a heads up, but where was Goran during this exchange?

I get that it's tough to keep Jimmy in line at all times because of course he wants to fight everyone. That's what makes Jimmy, Jimmy. Honestly, I wouldn't want it any other way. We need guys like Jimmy in the league right now. It's been said multiple times but really before this year Jimmy wasn't a fan of anyone besides Jimmy. It was his rep. But now? He's best friends with Tyler Herro, Goran Dragic and Bam. Hell, he's even friends with Wade because of the Heat now despite this 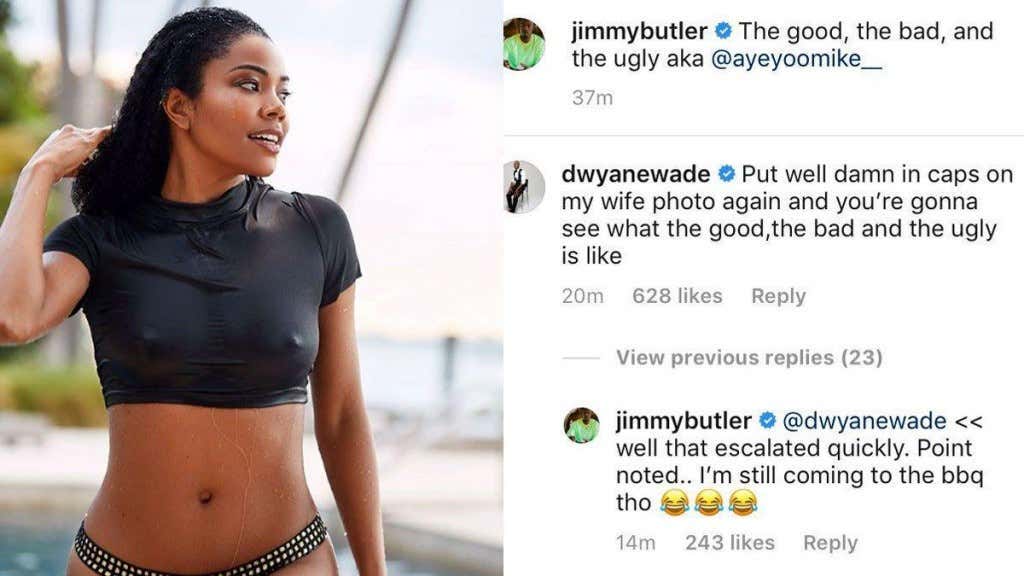 I need to know Jimmy's hit list. Who was on the top of the guys he wanted to fight after KAT and Wiggins? There's no doubt in my mind he just sends them texts saying he'll do an old school 2v1 match. But after them? Brett Brown? Perhaps. Joel Embiid and Ben Simmons? Wouldn't shock me. But you know there's someone random that really irked Jimmy's chain. Someone who Dragic had to be on high alert for.

PS: If you think Jimmy was joking around about fighting Goran Dragic if he left the Heat, you don't know Jimmy.

PPS: I'm still cheering for Jimmy and Selena Gomez to be a thing.