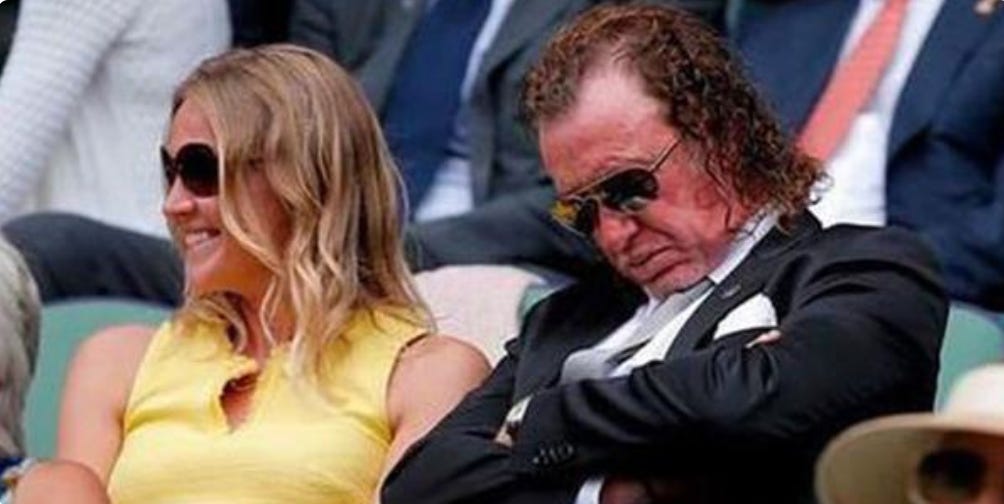 If I know Miguel Angel Jimenez like I think I do then you gotta keep the guy entertained or he’s gonna nap right in your face.  He’s the Most Interesting Man In Golf for a reason.  He drinks bottles of wine, he smokes the finest cigars and he fucks his beautiful blonde wife for 15 hours a day.  He’s a busy man and he needs to sneak in naps where he can.  Those batteries aren’t going to recharge themselves.  Tennis simply isn’t an exciting enough activity for Miguel.  It doesn’t matter that it’s Wimbledon.  Ohhhhh Wimbledon.  Such a great event.  Everybody wears white and it’s elegant and blah blah blah.  Booooooooooooring.  If there isn’t wine or cigars or his wife’s pussy on his face then Miguel isn’t interested.  Simple as that.