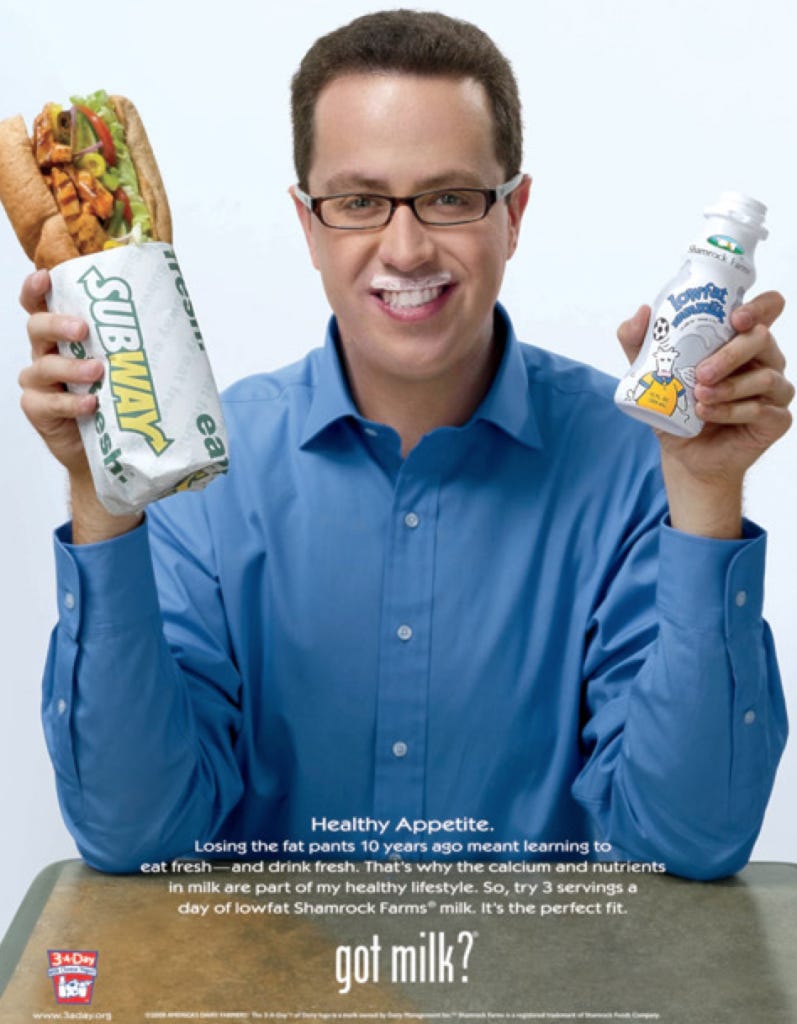 (WXIN) – Federal authorities raided the home of Subway spokesman Jared Fogle Tuesday morning. FBI sources told FOX59 in Indianapolis that they were serving warrants at Fogle’s Zionsville home in connection with a child pornography investigation. Earlier this year, Russell Taylor, the former director of the Jared Foundation started by Fogle, was arrested in a child pornography case. Fogle said the foundation severed all ties with Taylor following the arrest.

Hey guys, this one is on us. You know how in cop TV shows when they talk to a neighbor and say something like “Did anything stand out about the suspect that would have made you think he has 100 severed heads in his freezer?” Then the neighbor has that A Ha moment where they realize “Oh yeah, literally everything about him should have made me think that.” Prettttty sure that’s what we’re all thinking right now. You look at one picture of Jared Fogle and we all should have immediately thought pedophile. The blue button down and khaki look that he wears literally everywhere might as well be a uniform for a Team I Like Kids And Yes In The Bad Way. Anyone who wears that past the age of 6 when your mom made you put if on for church is obviously a sicko. Plus who walk anywhere are just deranged. You want exercise? Run or go to a gym. If someone tells you they walked to the same restaurant every single day for years you should think “Ok they’re either walking by playgrounds and schools or they’re going to murder one of the sandwich artists. Either way, I should call the police.”

So this one’s on all of us, we fucked up. We missed something and we should’ve seen it.