No venue or date for the epic fight has been set, but there will be no shortage of sci-fi fans who will be interested.

Just days after the USWNT dined on the hearts and souls of Japan in the Women’s World Cup, we find out that these bozos are coming back for round 2. I’ll commend their bravery, but what a bunch of fucking idiots. First we kick your ass on the pitch, then we kick your ass in Giant Robot Combat. Should be a glorious occasion.

Whether you think it’s just a joke or not, you have to realize that at some point robots will take over the world. That’s just a given. Since 1776, the United States of America has been the biggest, baddest, meanest country in the world. And I’ll be damned if in the year 2776 that shit changes when the robots reign supreme. This fight means everything. You win this fight and the world remains in America’s back pocket for the rest of eternity. And to be quite honest, I don’t see any way how our robot doesn’t murder their’s in the first round. 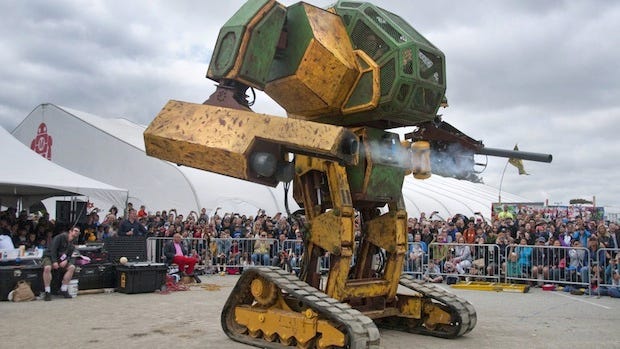 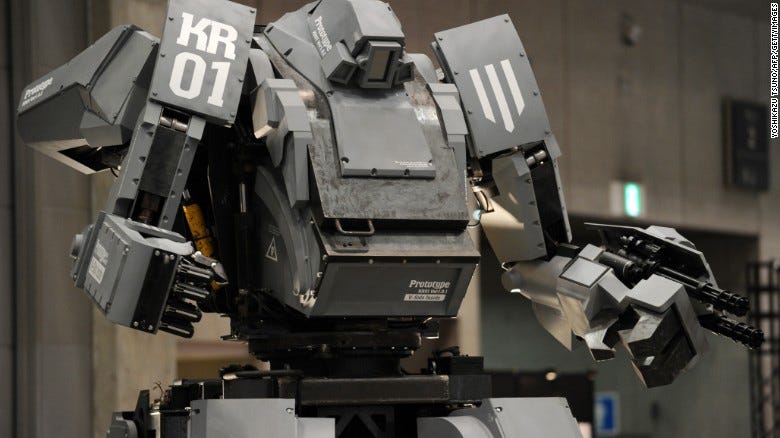 I don’t really know anything about the Japanese robot but I hate the shit out of it already. Thing looks like a giant pussy. Looks like a Mitsubishi Lancer going up against our Ford F-350. So I can’t really imagine this episode of BattleBots is going to take very long. I just hope the entire nation of Japan doesn’t commit Seppuku after this is all over with. They bring a ton of entertainment to the site and it would be a shame if they were all gone.

Related: That robot fighting movie with Hugh Jackman was actually pretty good. So if you’re looking to get yourself pumped up for the big fight, might I suggest Real Steel and endless episodes of BattleBots.