A Thai man’s bathroom break turned into a nightmare after he discovered an 8-foot python dangling from the lavatory ceiling.

Shop assistant Nop Powin, 35, had been visiting the loo at his restaurant in Phitsanulok, northern Thailand, when he stumbled upon the giant snake, which had apparently smashed through the ceiling in search of food, the Sun reported.

Can a man not expose himself for private excremental activities without being fucking size shamed anymore? Jesus Christ. We get it, Python, you're huge. You don't have to go sidling up to everyone at the urinal to prove your point.

I often think I'd like to live in an Asian country. Japan specifically, but also Singapore would be cool, even Thailand doesn't seem so bad when you hear about the retreats and endless drug parties. But this? No fucking way. I'm personally not afraid of snakes, I actually enjoy them and think they're kind of sweet, but I'm talking Britney Spears snakes. Trained animals, or pets. One time, at my parents house, an actual wild garter snake got into the house. I remember seeing it and not even registering it as dangerous, but also completely froze. My mom, however, screamed louder than I've ever heard in my life until my dad showed up and threw it back into the yard. HUGE laughs all around after the fact, but it was pretty unnerving in the moment. Those snakes aren't even BIG. Imagine an EIGHT FOOT PYTHON, a known deadly wild reptile, slithers up behind you while you have your dick out? Taps you on the shoulder, "Excuse me sir, do you have a moment for the Lord?" "Hey man, need any help?" I am a cutout in the WALL if that happens.

And apparently, this happens all the time. So, I guess I'm officially crossing Thailand off the list.

Bonus pics and video of Britney and the snake #TBT 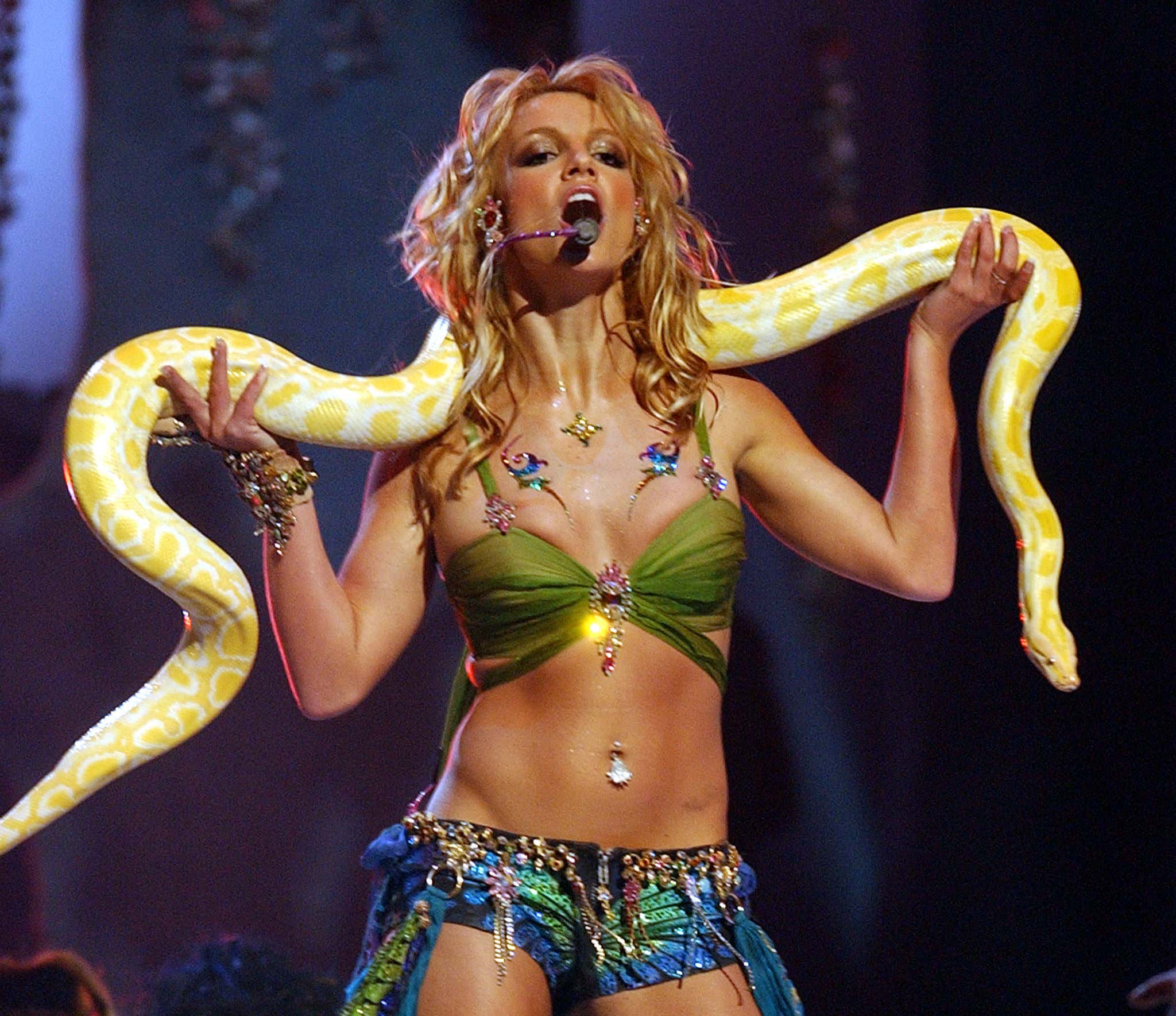