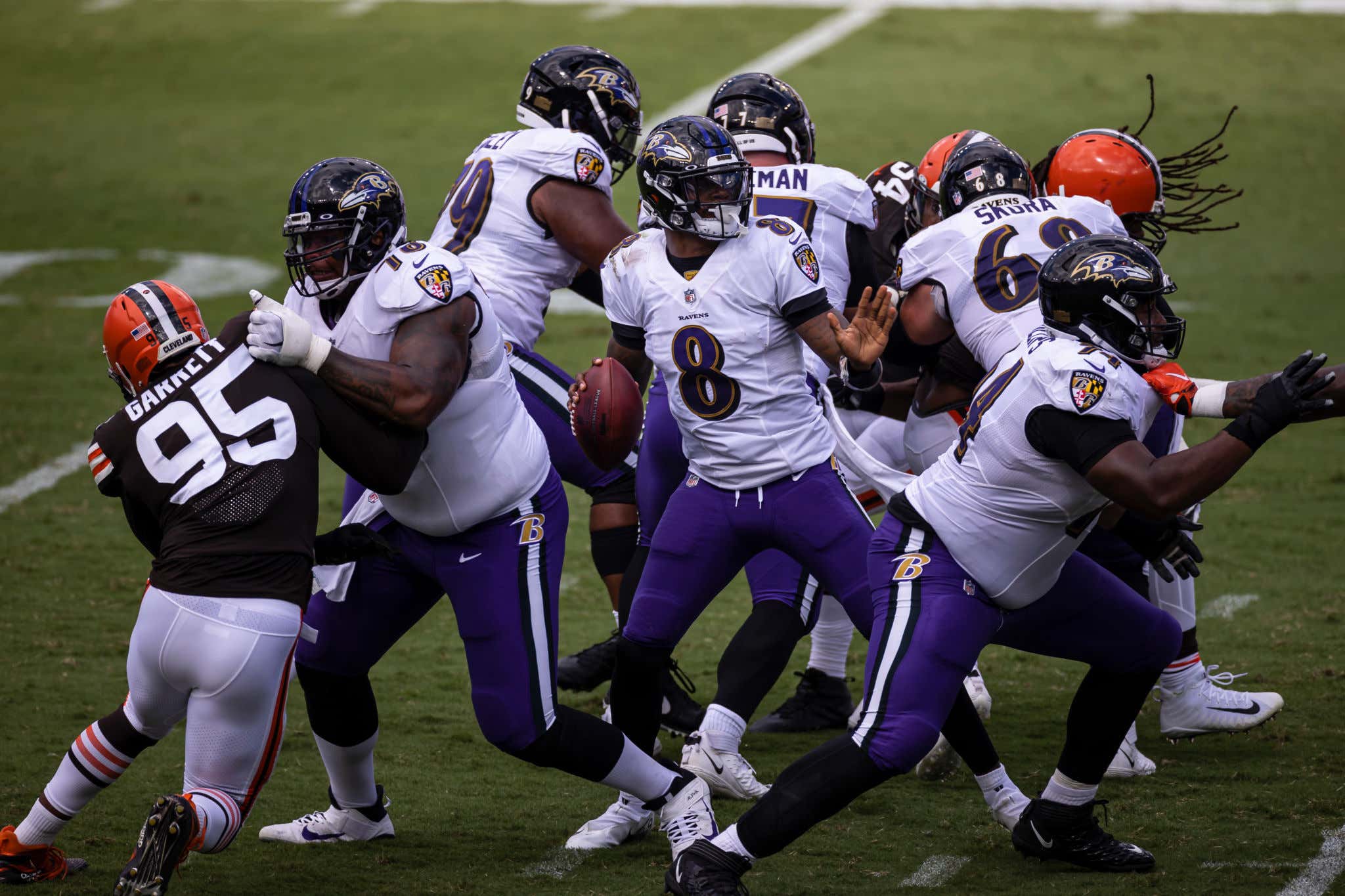 When the Ravens smashed the Browns on opening day to the tune of 38-6, never in a million years did I foresee us here tonight. The Ravens looked every bit of the 2019 edition in that game and so did the Browns. Lamar Jackson threw 3 TD on 20 of 25 passing and took home Player of the Week honors, Baker Mayfield was pressured and flustered all game, and we saw RGIII late in the 4th quarter. At that point you would have expected the Browns to be limping into this game on their last legs and the Ravens to be out in front competing for the AFC's first round bye.

Obviously things haven't gone to plan since. After that MNF shellacking by the Chiefs, the Ravens have struggled to find their way, especially on the offensive side of the ball. Lamar has missed on a lot of the throws he hit regularly in 2019, Marquise Brown has virtually disappeared, and the injury bug took Ronnie Stanley and Nick Boyle away for the remainder of the season. It was already approaching a death spiral when the coco arrived. And yet somehow, the Ravens have gotten themselves up off the mat and have the opportunity to fight for a postseason spot down the stretch.

This one goes a long way towards that mission. If you want to go full Kornacki, the Ravens come into this game with around a 60% chance of making the postseason accordingly to every model I've seen. A loss to the 9-3 Browns would send them down around to a 30-35% chance (with winning out only getting them back up around 55-60%), and a win would jump those percentages to around 85%. Suffice to say this is a massive football game.

Which brings me to my next point. This is a massive opportunity for Lamar to say enough is enough and win a huge game in front of a national audience. The national narrative that he doesn't show up in big games is way overblown because he did it time after time after time in November and December last season (and in LA and in Week 17 in 2018), but it's undeniable that there's been regression. He and the Ravens took care of business against the Cowboys as they should have, but it was the first step towards righting this ship. Tonight is where that ship fully gets back on track. Winning the division would have been great and so would have been a bye, but that ship sailed long ago. This is all about getting in the tournament. Because I assure you, nobody wants to see this team when they're rolling, even without Stanley and Boyle.

The Browns have obviously turned it on since Week 1. They haven't played great competition, but they're riding high after beating a Titans team that we couldn't. They should be plenty confident coming into this, especially given the level of success Nick Chubb has had against the Ravens in his career. The good news for the Ravens is that they've finally got their front 7 back after weeks of injuries and COVID absences. Matt Judon is back after missing 2 games, and Calais Campbell and Brandon Williams are playing together for the 2nd consecutive week. Williams especially is a difference maker, and his absence in Week 4 last season when Chubb ran roughshod all over the Ravens is proof positive of that. Keep Chubb under 100 yards and it'll be tough for the Browns to win this game.

I won't go as far as to say the Ravens should win this game (the Ravens -3 line teeters on that sentiment), but this is definitely an opportunity. If they can't seize a game like this one, it was never meant to be. The Ravens have caught some tough breaks this year and have had their struggles, but if they can't jump at this chance to overcome that adversity, they simply don't deserve it. A loss tonight is not a death sentence but it might as well be. Time for Lamar to elevate and do a job.

PS: Myself and my fellow hosts at Exit 52 Podcast are running a campaign to reward those who support local restaurants and tip generously. Send us an image of your receipts and you could win some sick prizes tonight and in the coming weeks and days. The best holiday gift you can give yourself is a stool at your favorite bar on the other side of all of this and if you don't give those local businesses your love and support in their time of need, that stool might not be there for you. Send them some love and let us know about it.