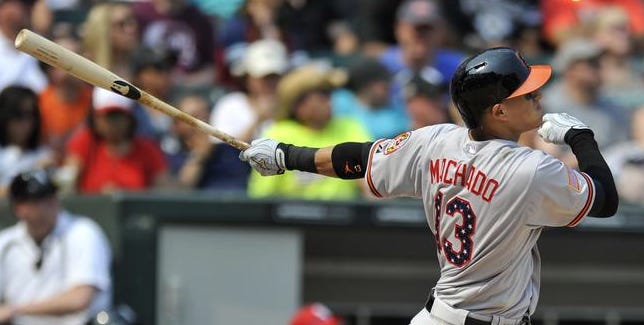 For the last few years, the Orioles have been well represented at the All-Star games, three players last year (Adam Jones, Nelson Cruz, Matt Wieters), five in 2013 (Jones, Chris Davis, J.J. Hardy, Manny Machado, and Chris Tillman), and three in 2012 (Jim Johnson, Jones, Wieters). This season will be no different. Even though no Orioles were elected starters, they will be sending four players to Cincinnati for the All-Star Game.

An All-Star selection along with a home run… Not a bad birthday at all for Manny Machado! #TopTheTwins pic.twitter.com/Y5NEm7iZrN

No real surprise here. While celebrating his 23rd birthday last night, Manny Machado was named to his second All-Star game. Not bad for a guy who has had two major knee surgeries in the last two years. He’s having an incredible year. Batting .301 with a career high 18 homers, 47 driven in, tied for fourth in the A.L. in hits with 97, and 13 stolen bases. Want to know his best stat this year? 83 games played in. He’s healthy and playing the best baseball he’s ever played. Manny is scary good right now, just showing us flashes of the future. His errors early in the season worried some people, but he’s settled down and besides Donaldson, is the best third baseman in the game. Should get some MVP Votes, and in my eyes, will be the Comeback Player of the Year.

Two years ago everyone was saying, “just wait until those doubles turn into home runs.” Well guess what, they’re turning into home runs now, and he’s still knocking doubles (18). Congrats to Manny Machado for making the 2015 All-Star team. 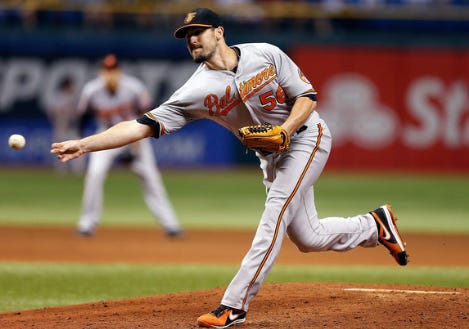 Fantastic, great job by Ned Yost and the coaching staff for picking Darren O’Day. Banks was just tweeting about how it was a shame he probably wouldn’t make it. Despite great stats, middle relievers are always overlooked when it comes to All-Star games. O’Day has been one of the most underrated relievers over the past few years. Big outs when you need them, unbelievable with the bases loaded, he does it all. O’Day is 5-0 this season with an ERA of 1.10, 43 strikeouts and only 8 walks in 32 2/3 innings. Submarine pitcher, who at 32, is having his best season yet. Righties hitting .125 against him, and lefties hitting .205, he’s the guy you want as the setup man to get the game to the ninth. Love to see him finally get recognized, congrats to Darren. 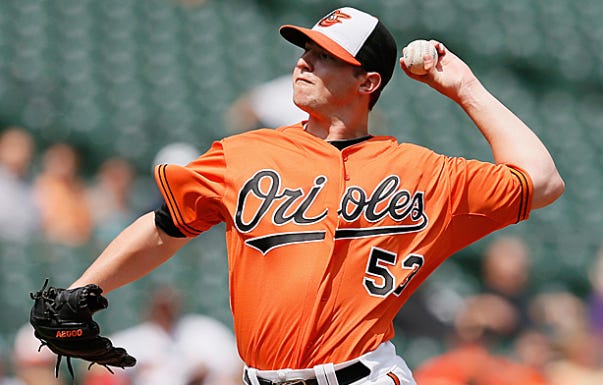 One of the best closers in the last two seasons, Zach Britton was very deserving of making the All-Star game. From failed starter, to almost not making the team before 2014, Britton has been outstanding for the Birds. Tied for second in the A.L. with 23 saves in 24 attempts, with a 1.82 ERA. Like his bullpen mate O’Day, he more strikeouts (41) than innings pitches (34 2/3) and only 7 walks. Britton throws a hard, filthy sinker that he uses to get ground ball outs. That sinker is one of the best pitches in all of the MLB, and has made him one of the best closers around. 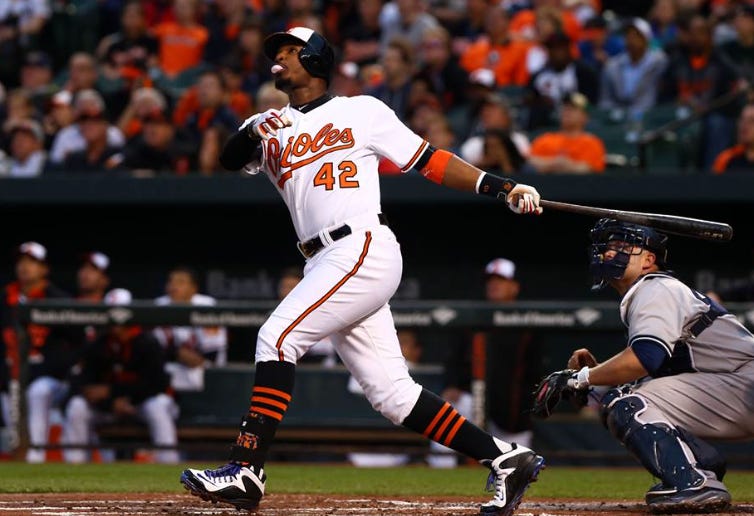 Heart and soul of the team. Adam Jones will be making his fifth trip, and fourth in a row, to the All-Star game this season. After starting out scorching hot, .400 with 5 homers, 6 doubles, and 30 hits in April, he has cooled down. Now hitting a pedestrian .285 with 11 homers, and 39 driven in. He continues to play fantastic defense in the field, and is in line for another Gold Glove.

Jones stats slumping these past few weeks may be due to him battling some injuries. Jones doesn’t make excuses, just goes out every night and plays his ass off. I thought Jones would be left off of this season’s All-Star team, the players thought otherwise. He had the second most votes for an outfielder from the players voting, finishing just behind Mike Trout. Glad to see the players recognize and respect the hell out of Jones.

And If you missed it yesterday- your boy, JJ, and Jared Carrabis had ourselves an A.L. East Podcast hosted by CharlieWisco. Check it out, lots of good baseball talk. Tons of unbiased opinions flying around here.