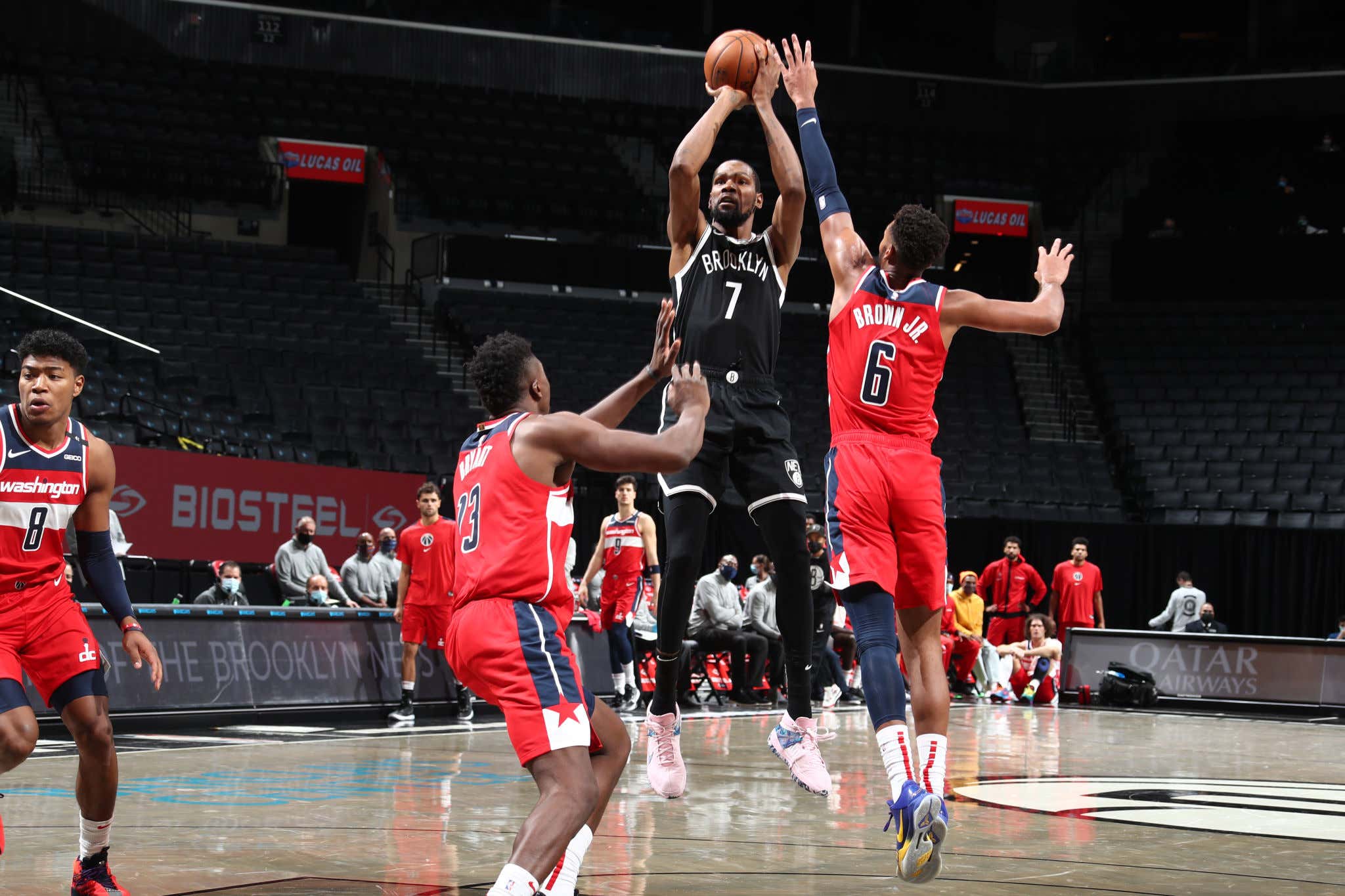 After 18 months, Kevin Durant finally played in a real basketball game. Yeah I know it was preseason, yeah I know it was against the Washington Wizards, but I don't care it was still very awesome to see. With an injury that not only cost Durant a title but also another year of his prime, I don't know how anyone couldn't love seeing him back on the floor. When guys at his age tear their achilles, nobody really knows what they'll look like once they return. NBA history is not kind when it comes to that type of injury. Well, call me crazy but this looks like the same old Durant to me

This is an enormous deal not just for Nets fans, but for basketball fans everywhere that love watching Durant play. We're not talking about a fringe All Star type talent here. We're talking about a guy who is arguably a top 3 player in the league when healthy. This is Kevin f'n Durant I'm talking about. One of the best pure scorers the league has ever seen.

In watching those highlights, the burst looks to be there. The touch hasn't gone anywhere, and to me maybe the most important part of the puzzle, his confidence, looks to be great as well. I remember when Gordon Hayward came back from his year long injury you could tell he didn't attack defenders the same way. He was thinking about his ankle. I didn't get the sense that Durant was thinking about his achilles at any point in his debut yesterday which is fantastic. I've said it time and time again that I want nothing more than Durant to be back to 100%. I just love watching him play.

If you watched this game you saw how well KD and Kyrie seemed to mesh pretty much right away. If the Nets are able to stay healthy they should be another monster in the East. Granted a lot of players will look good against the Wizards defense this season, but let's not focus on that. Instead, let's put our focus towards one of the best to ever do it finally being back and looking like the same guy he was pre-injury.

Hopefully that is a sign of what's to come this year.