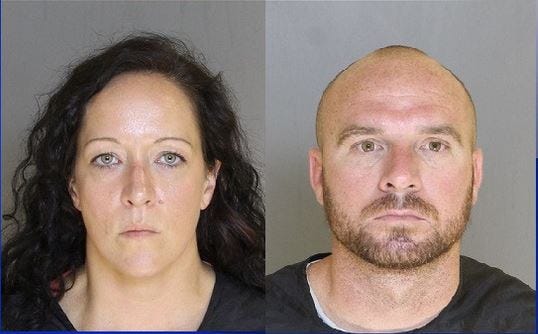 DALZELL, SC (WNCN) — The Sumter County Sheriff’s Office arrested a husband and wife on child neglect charges Friday night after learning they were forcing their 14-year-old daughter to live in a tent in the woods more than a quarter-mile from their home. Crystal Lynn Driggers, 36, and James Allen Driggers, 33, both of the 3400 block of Ben Sanders Road in Dalzell, have each been charged with a single count of unlawful neglect of a child. Investigators learned the child had been denied entrance to her home for the past two days, and was expected to remain away from the home for a week, allegedly in an attempt to punish the child for eating a Pop-Tart.

On a Facebook page that appears to be Crystal Driggers’, the married couple are active in the body-building world and have many photos of weight-lifting and dieting. Driggers says she is a coach at a company called “Beach Body” and the couple appears to have a gym set up in their home, according to the Facebook profile and photos. Investigators were told the child was ordered by her parents to set up a tent in a wooded area known to have wild hogs, and was provided with only a roll of toilet paper, a flashlight, a whistle and a watch. The child was allegedly told by the suspects to meet someone at a fence on the family property at specific times during the day if she wanted to receive any food. The child was also left to fend for herself during the severe thunderstorms that came through the area Thursday night. Both suspects are in custody at the Sumter-Lee Regional Detention Center awaiting a bond hearing while the child is in the custody of the South Carolina Department of Social Services. The victim’s four siblings have been placed in the custody of their grandparents.

This all comes down to this Pop-Tart situation. Once again local media never digs into the interesting part of the story. I’ve gotta know 1) the flavor of the Pop-Tart and 2) why they were mad about her eating the Pop-Tart. Like if we’re talking about them being mad because she ate a low fat strawberry Pop-tart and there were a bunch of them left, then yeah, banishing her to a tent is a little harsh. But if the daughter is snagging the last cinnamon sugar or the last s’more tart and she’s already had a few… Like if they had dibs on the last cinnamon and she just wolfed it down in their faces. Well then maybe I can see how she should be exiled to the wilderness to live with wild hogs for a few days. Because the punishment should fit the crime. And I bet she thinks twice about scarfing down the good Pop-tarts when she’s hoping her tent doesn’t get struck by lightning or if she misses her scheduled feeding times at the edge of the property. If anything they were too nice giving her a whole roll of toilet paper and a nice watch to keep track of the time. So if I had to guess it was probably just an unfrosted blueberry one and maybe second to last one left. But we’ll never know because the lazy reporters over at WNCN didn’t do their due diligence and get the whole story. I’m doing my best but the Driggers’ were unavailable for commentary and the people at Social Services hung up on me when I asked them so I guess we’ll never know now. Sorry guys. 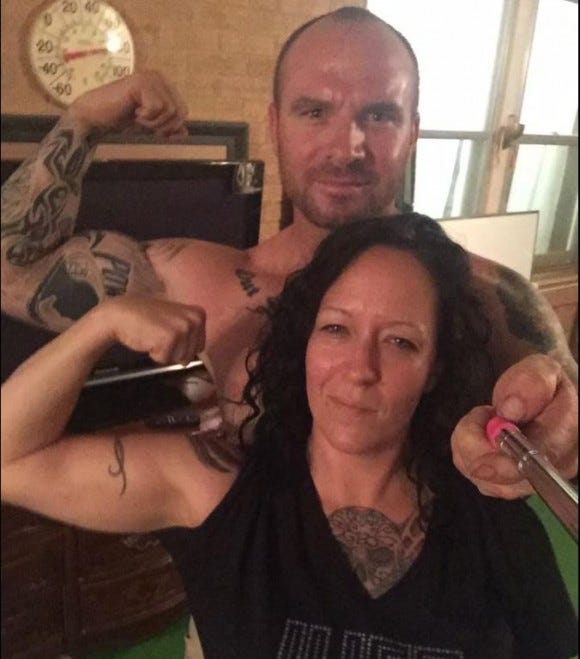