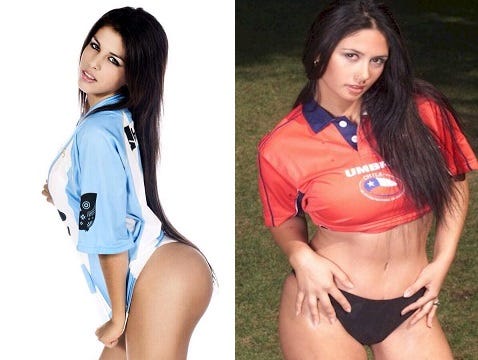 No better way to celebrate the birth of America – One Nation, Under God – than cracking some cold ones, breaking open some taco dip, sitting on our asses and watching the closest thing this world has to a living deity at work. 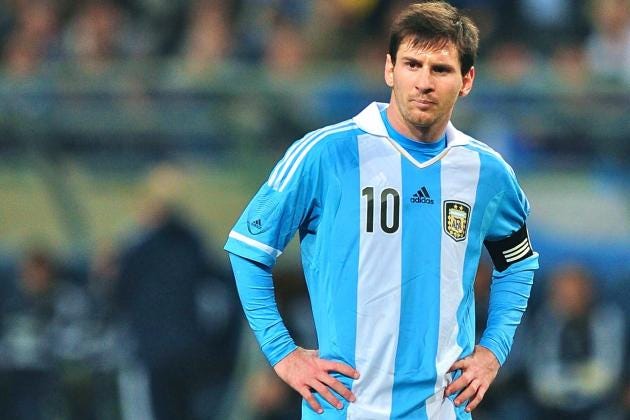 As a prelude to tomorrow’s Women’s World Cup final (and next week’s start to the Gold Cup), Argentina faces host Chile in the final of the Copa America on and – in addition to simply offering you a gentle reminder to watch – I figured it my civic duty to offer up a brief preview of the affair. 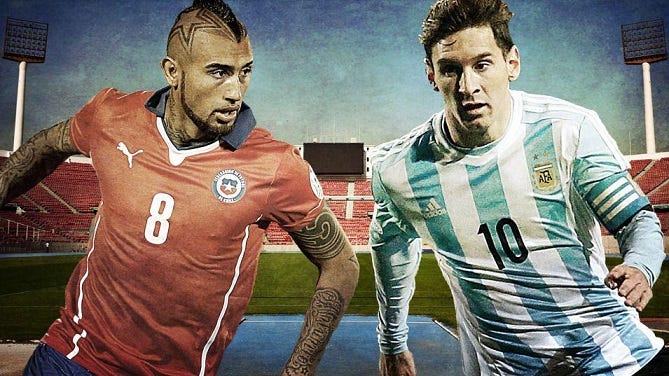 Argentina has fought its way to the semifinal while showing only glimpses of the offensive explosiveness the team is known for, and promptly dispensed with any questions with a 6-1 dismantling of Paraguay.

Chile has made its way through to the finals with quite a bit of help “from its friends” – in this case the zebras, who have been handing out red cards to their opponents like candy. However, don’t let that disguise the fact that Chile is talented side with world class talent like Arturo Vidal and Lexi Sanchez, and is plenty capable of playing with and perhaps beating Argentina, particularly on its home turf. 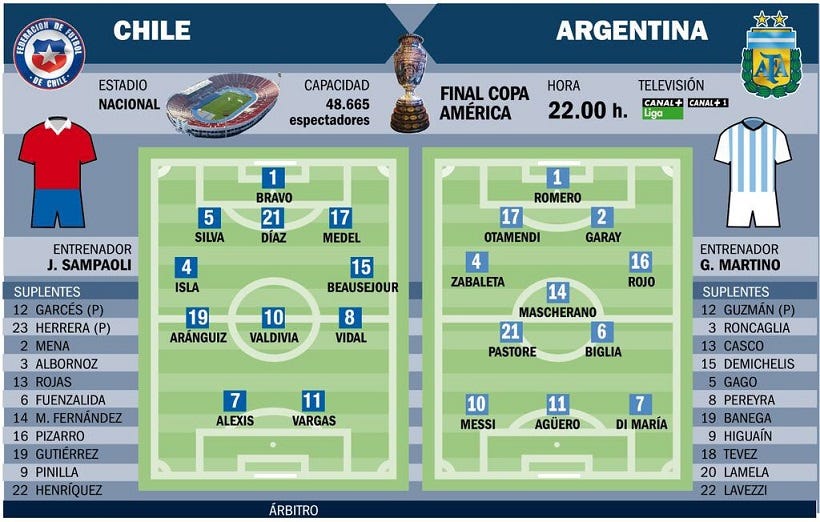 Those who have been reading religiously (both of you beautiful souls) know that I have been predicting Chile vs Argentina in the finals for weeks. You’re welcome. So now we finally have the matchup we’ve all been waiting for… no way it could possibly let us down with a 0-0 draw that goes to PKs, right? RIGHT?????

Agreed, no way. It’s in Chile’s DNA to come at Argentina, which should make for an entertaining 90 minutes. Wouldn’t be surprised if Chile even gets one at some point, but I expect that Argentina has too many weapons (plus Sanchez is reportedly ailing a bit) so Messi & Co. will eventually take control.

Programming reminder: for anybody wanting to get up to speed on the EPL transfer window, here is your hand-dandy rundown of what all 20 clubs want and need: EPL Transfer Guide… Women’s World Cup final preview coming tomorrow. 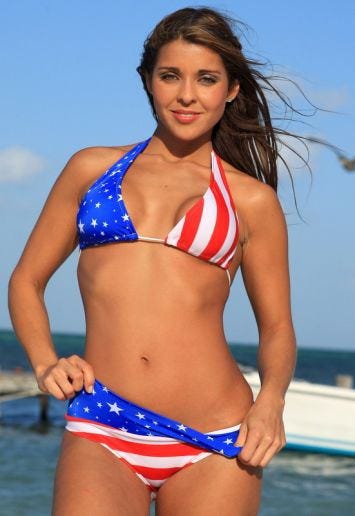