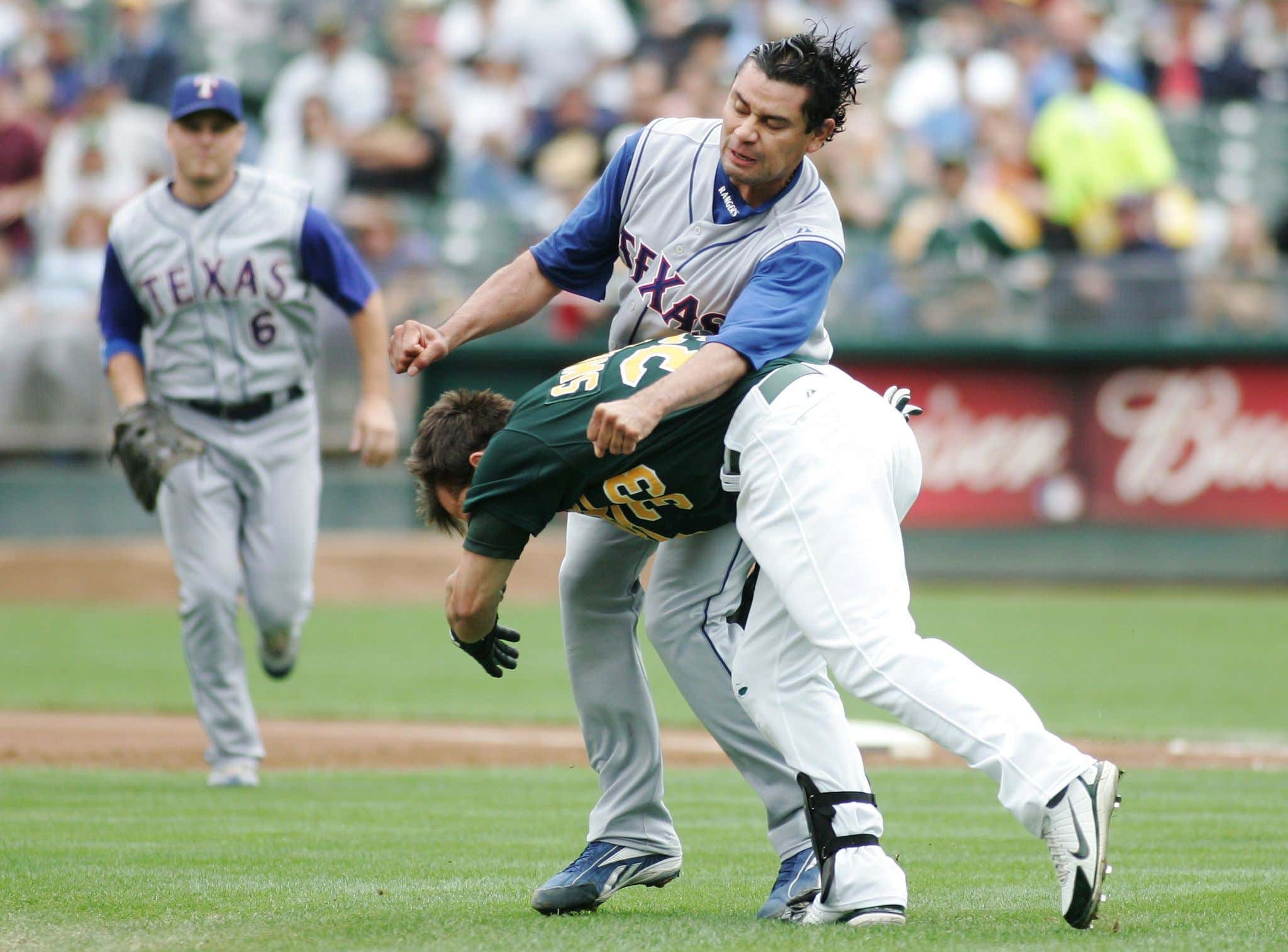 This past baseball season we found ourselves witnessing a handful of baseball brawls despite covid social distancing rules being a thing. We had Astros-A's going at it, the Cubs and Brewers were involved, and of course the Yankees and Rays wanted each other to die all season long. Whenever you get a batter charging the mound there's going to be fireworks. It doesn't happen quite often, but when it does it's must watch.

One that comes to mind over the years is when Oakland's Nick Swisher lost his mind on Vicente Padilla and charged the pitcher with an aim to basically kill him. Padilla is well regarded as one of the scummiest douche bags in all of baseball who is constantly throwing at batters. As Nick describes, "he eats children." Swishalicious broke down him trying to spear Padilla and the brawl that ensued.

Anytime we talk to Nick it's a great time, but when you hear what he got into during the pandemic you'll be shocked. It's such a Swisher thing to do, but something I bet no one in the world took up as a hobby over this past year. Guy is truly one of a kind. We also get into him showing up on the HOF ballot and some current Yankees talk since he's still an advisor under Brian Cashman.