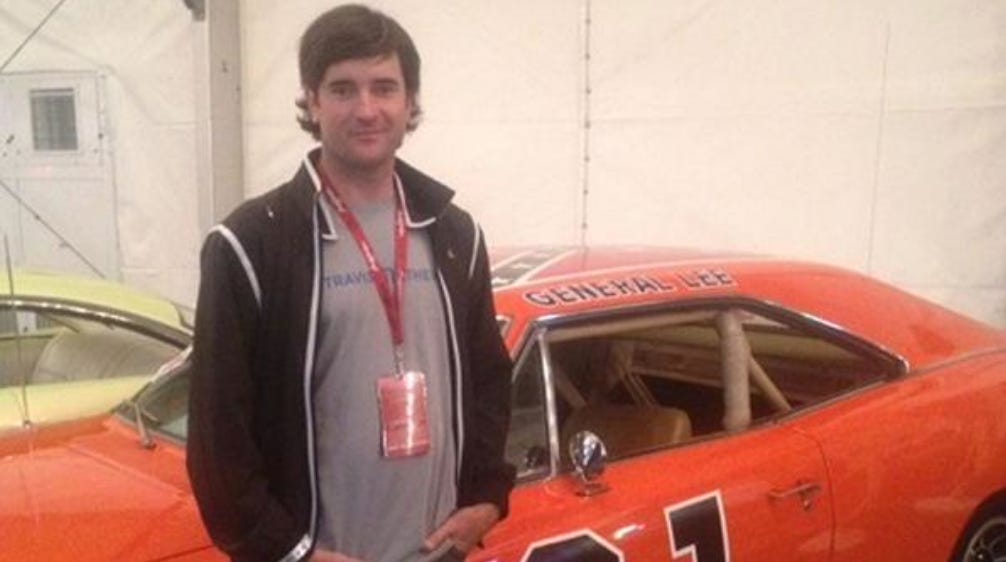 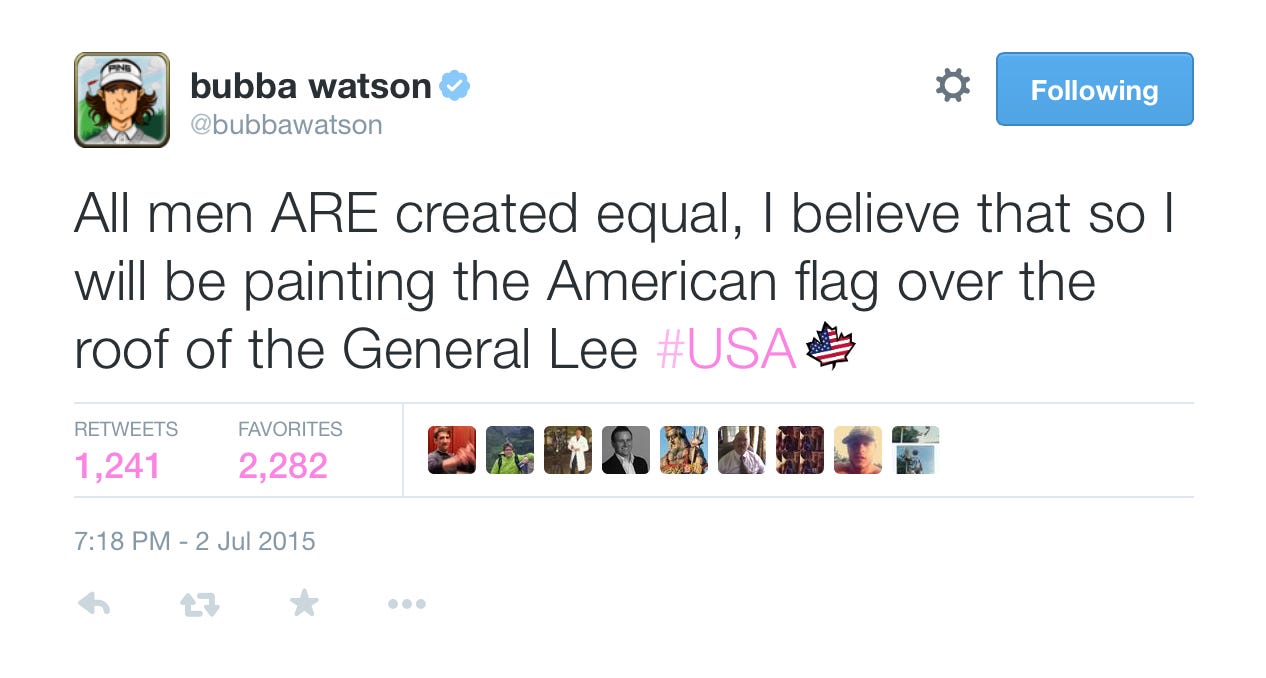 Sports Illustrated- Two-time Masters champion Bubba Watson announced via Twitter Thursday night that he will paint over the Confederate Flag that adorns the roof of the General Lee, his 1969 Dodge Charger made famous in the TV series “Dukes of Hazzard.” Watson will have a U.S. flag painted in its place. In his tweet, the PGA Tour star stated “All men ARE created equal, I believe that so I will be painting the American flag over the roof of the General Lee.” The announcement comes amid a wave of backlash against the use of the Confederate battle flag following the killing of nine people at Emanuel African Methodist Episcopal Church in Charleston, S.C., on June 17. South Carolina is considering removing the Civil War-era flag from the statehouse in Columbia, while many American chain stores have pulled products bearing the flag from their shelves. TV Land has even pulled reruns of “The Dukes of Hazzard” off its network in light of the show’s well-known depiction of the flag.

Fucking Bubba.  This is so him.  He sucks at everything he does.  He can’t even be a racist dude from the south correctly.  He’s a constant disappointment to anyone and everyone.  It doesn’t even really matter how you feel about the Confederate Flag and/or what it represents.  This is about Bubba and how much he sucks.  If he’s a good ol’ boy from the South then be a good ol’ boy from the south.  Have an identity.  We’d at least respect him for that.  We already know he hates gay people and thinks being gay is a sin.  Go all the way with it.  Don’t cower in the face of public opinion. That’s not very southern of you, Bubba.  Get a Confederate Flag tattooed on your chest and play your next PGA event shirtless.  Be something.  Represent something.  Even if that something is outdated and disrespectful to a large group of people, doesn’t matter.  Your name is Bubba, you’re from the south, went to the University of Georgia, hate gay people but you denounce the Confederate Flag?  What? Bubba Watson is easily the most disappointing Bubba of all time.  Be who you are.  Own up to being that racist dude from the South who’s stuck in the 1830s.  That would at least be fun to watch and follow.  Instead Bubba is just a weird amalgamation of guy from the south who wants to be known as the southern guy but sucks at being the southern guy. For shame, Bubba.