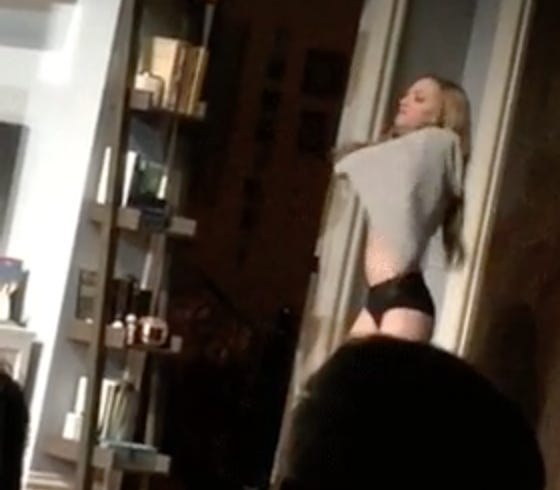 I’m fully willing to open myself up to criticism on this one and say that this might’ve been blogged before.  The reason I say that is because I don’t understand why this isn’t a bigger deal on the interwebz.  Did this happen months ago and I was sleeping when it happened?  Because Amanda Seyfried going topless in a Broadway play is big news to me.  That gif is AWESOME.  I can’t stop watching it.  She has an A+ rack.  The more times I watch it the better it gets.  It’s hypnotizing.  Shout out to the audience member who was like, “I’m totally filming this scene and putting it on the internet.”  Not all heroes wear capes.

PS- If this is the first time it has been blogged and it’s the first time you’ve seen that gif, just watch it for the rest of your work day.  Do it.  We’re oh-so-close to 4th of July weekend and your boss has surely checked out and so have you.  Just play that gif on a loop until quitting time then start boozing like an American.