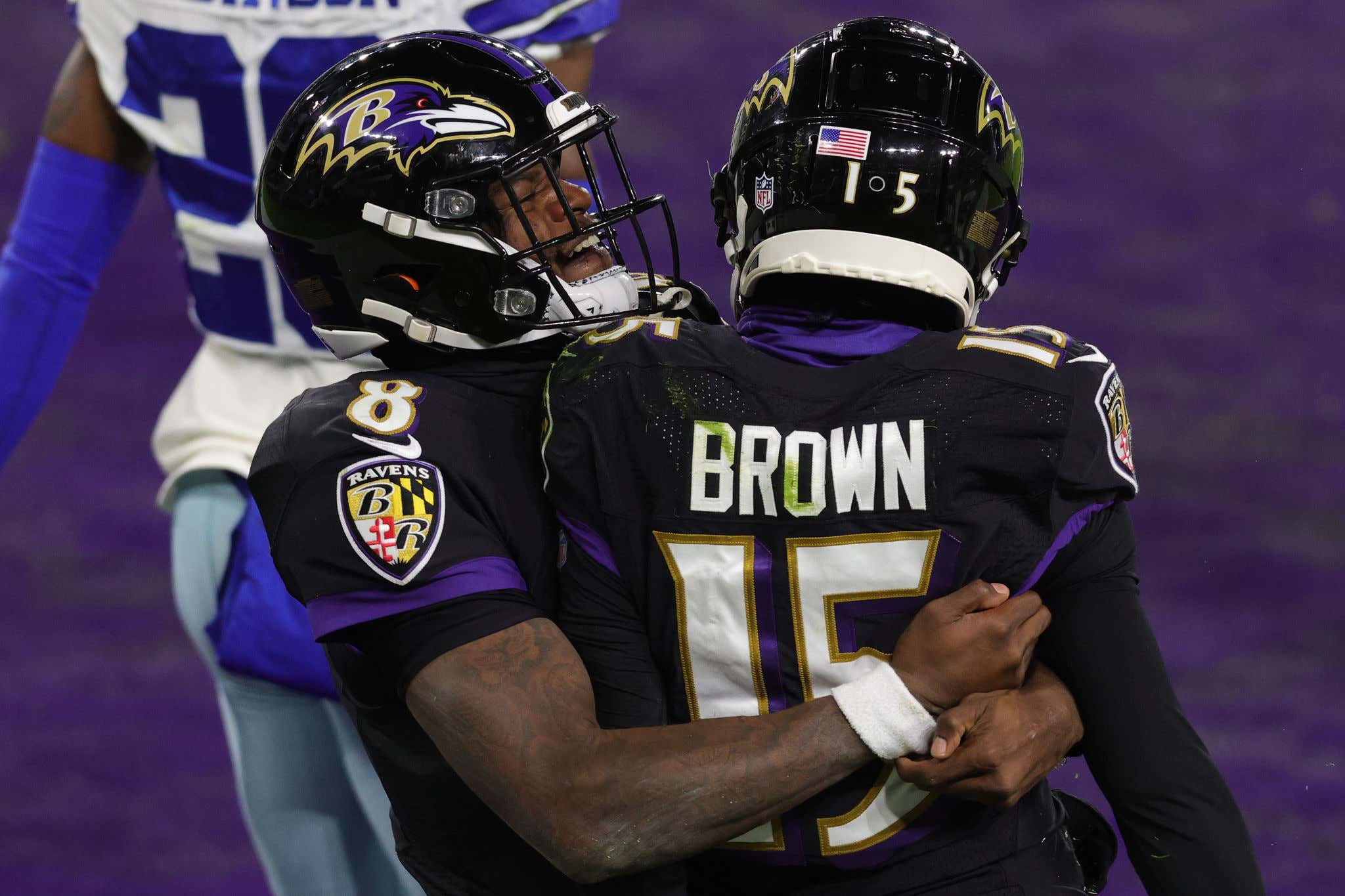 Well that was fun, eh? Took a little while to get the rig rollin but that's to be expected when your QB has 1 practice in the last 2+ weeks. Once that run game got going downhill there was damn no near stopping the Ravens tonight. 262 yards on the ground was vintage 2019 Ravens.

Don't get it twisted. I'm very aware of what kind of football team the Ravens beat up on tonight. The Cowboys have been a zombie for a couple of months now. But the Ravens were down their star left tackle, both their tight ends, and 2 of their better wide receivers tonight. A football team that you can expect to run first was forced to be even more one-dimensional than usual and weren't slowed down in the least. We haven't seen the Ravens run the football like that since September, save for maybe the 2nd half in Indianapolis last month. That's the kind of identity the Ravens have to get back to if they want to take a run at this thing.

Maybe more importantly than anything, it looked like the boys were having some fun out there again. They've had a rough couple of weeks. Rough month really. They deserved to have some good things happen to them tonight. It had gotten to the point where I couldn't remember the last time Lamar has had any fun playing football. I feel like that's part of his DNA. He's at his best when he's just out there playing ball and we saw that throughout the game tonight. He's had one practice in the last 2 weeks and is missing a ton of his best weapons, but he made the plays that were there. Wasn't always pretty, but he didn't make any massive errors. And this throw? Absolute dime, and the best route Marquise Brown has run in his 2-year career.

Not a lot to write home about defensively, but that's okay. I think everyone on that side of the ball could have played a better game but they kept the Cowboys from making any chunk plays. The one thing that concerns me right now is the lack of a pass-rush. Yannick Ngakoue still hasn't notched a sack. He keeps coming ridiculously close, whiffed on a strip sack near the goal line late in the game, but still hasn't gotten home. Matt Judon should be back before long and will help that effort, but quarterbacks have been too comfortable the past few weeks against the Ravens. Just one more thing to improve on.

Consider tonight a job… done. Not sexy, but not too ugly either. That's all we needed on a casual Tuesday. Big big game next Monday night in Cleveland against a team that's riding high. Win that game and the road to January gets much easier. Lose that one and winning out is a must along with some help. Time to rest up, get the rest of our guys back, and knock them off their block.